Film review: The Lion King at the IMAX cinema

Yesterday we went to see The Lion King CGI remake by Jon Favreau and it was just brilliant. It brought back great memories from the Disney’s 1994 animated musical. The film was exactly what I was looking forward to, if not more. Moviegoers should see The Lion King in IMAX to enjoy the full richness of the film’s sound and imagery. Jon Favreau directed the film with the intent of creating the most immersive experience possible. IMAX provides audiences with the biggest screens, greater scope, breathtaking detail, crisp image quality and powerful sound for a truly immersive experience. 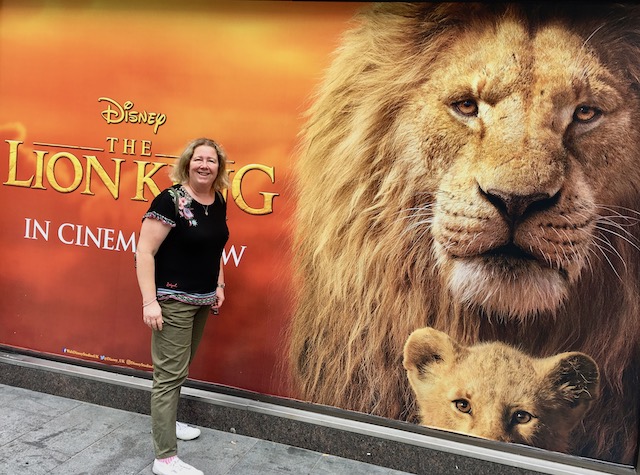 Director Jon Favreau’s all-new The Lion King journeys to the African savanna where a future king is born. Simba idolises his father, King Mufasa, and takes to heart his own royal destiny. But not everyone in the kingdom celebrates the new cub’s arrival. Scar, Mufasa’s brother—and former heir to the throne—has plans of his own. The battle for Pride Rock is ravaged with betrayal, tragedy and drama, ultimately resulting in Simba’s exile. With help from a curious pair of newfound friends, Simba will have to figure out how to grow up and take back what is rightfully his. The all-star cast includes Donald Glover as Simba, Beyoncé Knowles-Carter as Nala, James Earl Jones as Mufasa, Chiwetel Ejiofor as Scar, Seth Rogen as Pumbaa and Billy Eichner as Timon. Utilizing pioneering filmmaking techniques to bring treasured characters to life in a whole new way, Disney’s The Lion King is in IMAX cinemas now.

During the film, every time we heard one of the original songs we couldn’t help shedding some tears and even thought you may not completely recall all the lyrics, they just came back in our memory as if twenty-five years never went by and you couldn’t help singing along and getting all sentimental.

IMAX will transport audiences into the heart of this legendary Disney story with the biggest screens, breathtaking detail and powerful sound. From the quietest buzz to the loudest roar, listen to the sounds of the African savanna, Hans Zimmer’s score and songs featuring the stellar voice cast in IMAX’s unmatched optimum listening environment.

The director Jon Favreau really did justice to the original animation by keeping the story and most scenes truthful to the film we loved. That is, apart from one scene, where one of the characters seems to embody Lumiere’s character from The Beauty & the Beast animation musical. I’m not sure about the reasoning behind this reference to another Disney movie as I didn’t really think that the film needed it and I didn’t find it relevant to the scene either. 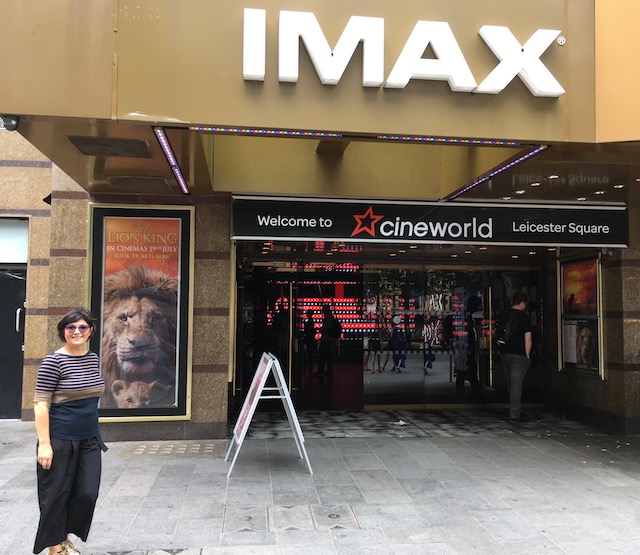 The animation, photography and images throughout the film were absolutely incredible. The characters I loved the most were the lions which were depicted in all their glory and really gave a sense of what power this carnivorous animal has within. Simba and his father Musafa’s characters were so realistic that I thought these animals were real.

On the other hand, the lionesses were not as beautiful looking as the lions. The lionesses did not give me a sense of power nor glory as their male counterparts.

I would recommend this great film to anyone over the age of 9 as there are a few scenes that children could find really scary, alarming and I would even say lightly traumatic. Bringing a child to the cinema should be a happy experience and I would dread thinking of hearing children watch a movie and start crying during the screening.

Overall this new Disney film was a brilliant remake of the original and I would definitely recommend it to friends and family and I will most probably go watch it again at an IMAX screening soon. IMAX is the world’s most immersive cinematic experience. Everything from the movie itself to the theatre design, projection and sound has been customised and enhanced to make you feel like you are part of the action.

This entry was posted on Monday, July 22nd, 2019 at 1:41 pm and is filed under Uncategorized. You can follow any responses to this entry through the RSS 2.0 feed. Both comments and pings are currently closed.