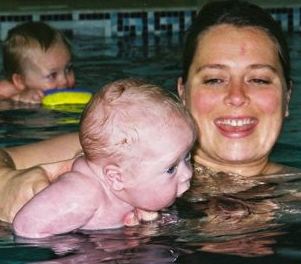 Founder of Swimbabes and qualified Swim Instructor Laura Molloy has been teaching babies and toddlers to swim for the last ten years. She believes every baby should learn to swim so that they are equipped with vital survival skills that will aide them if they ever find themselves in a life threatening situation in water.

Laura says: “Swimming is so much more than just a recreational activity. The earlier you can get a child into the water, the better. Little ones who are introduced to water from a young age learn key life saving skills, have a greater regard for water and are safer around it; they feel safe and secure within it. Learning to swim familiarises babies with deep water and gives them the confidence to move safely in water.” 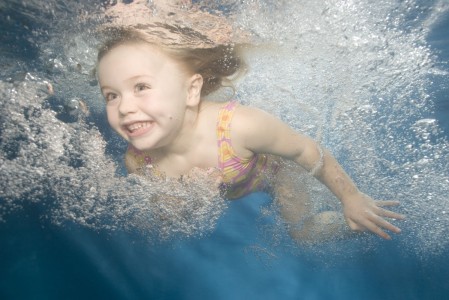 Water holds a particular fascination for young children, whether it is a garden pond, a fountain, an outdoor pool or a lake – a young child will invariably want to find out more about it. According to The Royal Society for the Prevention of Accidents (RoSPA) 147 children under the age of six drowned at a residential location between 1995 and 2005. This includes those who were left momentarily in the bath, those who fell in buckets, those who drowned in residential swimming pools. In the same time period, 68 children under the age of six drowned in the back garden. During 2005 alone, five children drowned in garden ponds.

Claire Darlow’s son Euan has been attending Swimbabes classes since he was4 months old. When he was just two and a half years old, Euan fell into a boating lake. Claire explains: “It was a nice, sunny day and Euan’s Granddad decided to take him to the park and treat him to a trip out on the lake in a boat. He was as good as gold and stayed safely within the boat the whole time. It wasn’t until we were taking it back in, that he slipped and fell into the lake.” 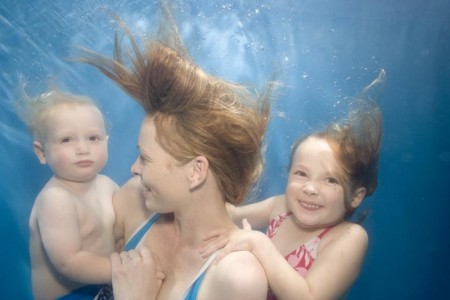 Onlookers were in a total panic at the sight of a toddler going into the water. But Euan remained calm and turned himself around in the water to hold on to the side of the lake and wait for help. Claire continues: “During the incident my dad was completely relaxed because he knew that Euan had confidence in the water. My dad simply picked Euan out of the water and carried him on to the land. Afterwards he said that Euan was not out of breath or scared, he was just upset that his clothes were wet!”

Claire adds: “if it wasn’t for what Euan learnt at his swimming classes then he would have panicked and swallowed water, which ultimately leads to drowning. He has not only learnt to swim but he is confident in deep water and knows how to turn to correct himself. That’s what saved Euan’s life that day.”

Mum of 1 Jo Fox agrees. Her son Oliver attended his first swimming class when he was just eight weeks old. Jo says: “We spend a lot of time at the local park, where there is a deep, purpose-built pond. Oliver knows how to stay safe around water but accidents can still happen – as we found out when he slipped and fell into it.”

Incredibly Oliver didn’t panic and instead doggy paddled his way to safety. Jo adds: “I couldn’t believe how well he coped in such a frightening situation, which could have ended so tragically. I dread to think of what could have happened if he didn’t know how to handle himself in water. It was amazing to see the astonished look on the faces of the people around us; they just couldn’t believe how well Oliver handled the situation!”

Accidents don’t just happen on home-turf though. Over the last six years 30 children under 10 years old have drowned in holiday swimming pools abroad – and RoSPA believes that all of these deaths could have been prevented.

Laura agrees. She says: “Only recently we were on a family holiday in Spain with another swimming instructor, Alex, and her children. As we sat on the sun loungers having lunch, Alex suddenly leapt up and dashed to the other side of the pool where she heaved a toddler out of the hot tub by his nappy. His parents had been momentarily distracted and he’d taken the opportunity to wander away from them and into the tub. He’d slipped under the water without anyone else but Alex noticing. Thankfully he was alright, but it just goes to show how easily – and quickly – drowning can occur.

Tags:  baby swimming
This entry was posted on Tuesday, November 8th, 2011 at 2:47 pm and is filed under Baby & Toddlers, Blog, Fitness & Health, Parenting Skills, Uncategorized. You can follow any responses to this entry through the RSS 2.0 feed. You can leave a response, or trackback from your own site.