Should paternity leave be extended to 6 weeks?

Seven weeks ago today my wife and I were celebrating the birth of our daughter Elodiedh. This morning I got up at around 6:30am made my daughter a bottle and myself a cup of tea before we both sat down to watch BBC breakfast news. This has been our morning routine for the past few weeks and although my wife despairs at some of the outfits I put our daughter in whilst she sleeps she does appreciate an extra hour or two in bed.
My wife normally gets up at around 8am and we have breakfast together before Elodiedh and I amuse ourselves whilst my wife has a shower and gets ready. By 9am (ish) I’m on my bike and on the way to the studio for a day of photographing other people’s babies whilst my wife has a day of brunch, shopping and texting me pictures of our daughter’s face covered in her own sick.
On the news this morning the Liberal Democrates announced that they would like to see paternity leave extended to 6 weeks from the existing two. The Lib Dem plan goes much further than the coalition’s current shared parental leave policy, which begins in April.
This made me ponder if I would have preferred to have had six weeks off rather than the single week I did take.
As someone who is self employed that just isn’t an option. In the last six weeks I’ve not only been very busy in the studio but we’ve also photographed three weddings one of which was booked before my wife was even pregnant. The nature of my job, especially in regards to weddings is that the couple hire me for my photography, not some faceless company. If I’d had hired in cover for those weddings I would have felt like I’d cheated those couples somehow. 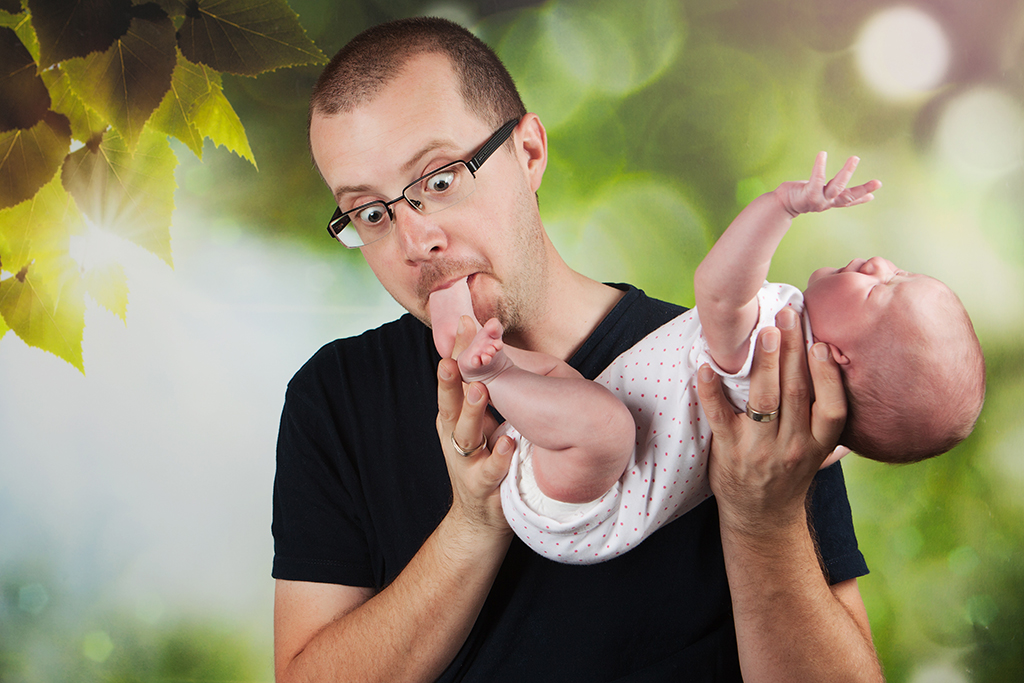 That doesn’t mean I haven’t spent time bonding with my daughter but being self employed has meant that my schedule is perhaps a lot more flexible than other fathers. A couple of nights a ago our whole NCT group, mums, dads and babies all met up for a evening in a local pub. The conversation rarely moved on from our children and our experiences over the past six weeks or so and we all compared notes. Most dads took the whole two weeks whereas others have topped that up with taking their holiday leave as well. Only one dad out of eight has been off work for the whole first six weeks.
Out of all the dads I think I took the shortest amount of time off but interestingly other parents were envious of the fact that my working week is more flexible. “You’re so lucky that your job is flexible” one mum said.

This makes me think, would I have preferred to have been off work for all this time and then gone back to 12 hour working days? Or is it better to have a flexible working week where on occasion I do work 6 or 7 days but still spend plenty of time with my daughter?

I don’t really know the answer but I do know I’m happier at work, my photography has improved and I feel more energised than I have in a long time.
Last night my wife actually said to me “I thought this parenting thing was suppose to be harder”.

I agree with the sentiment from Lib Dem Business and Equalities Minister Jo Swinson that if fathers have six weeks off then they will be “more involved” and I agree that dads should “establish the important role” in their child’s lives but I’m not sure extending paternity leave is the answer.
In my opinion flexibility in the workplace is the way forward and whilst shared paternity is a step forward it’s only a small step.

The big question is how do you legislate to allow this sort of flexibility? You can educate businesses all you like but that seldom changes old school attitudes in business. At the very least fathers should have the right to request flexible working hours without the fear of it affecting their career prospects. 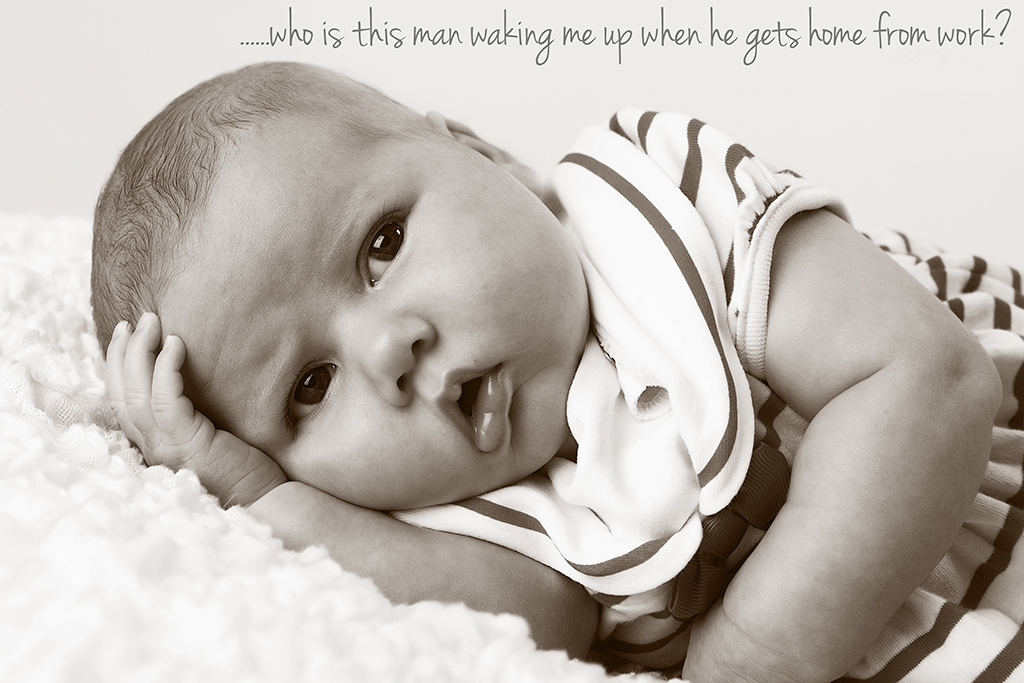 This entry was posted on Saturday, August 30th, 2014 at 10:18 am and is filed under Sympathy Pains. You can follow any responses to this entry through the RSS 2.0 feed. Both comments and pings are currently closed.