On Friday my wife, daughter and I made our way up to London’s Excel Exhibition Centre for The Baby Show.
This was to be our third visit in a row to The Baby Show having been to the previous the previous Excel show a year ago just before my wife’s 20 week scan and more recently at Olympia.

Each visit has been very different from the last. For our first experience of The Baby Show we didn’t even know if we were having a boy or girl but we still had a clear shopping list. We pretty much knew what pram we were going to buy so it was more a case of finding the best deal on the day.
For other things like baby bottles we didn’t really know what we were going to get. In the end we got an amazing deal on Mam bottles which have served us very well. In truth we spent a considerable amount of time weighing up the deals from Tommy Tippy and Avent before Googling “what are the best baby bottles?”
This took us into many scary mum’s forums where everyone was bitterly defending their baby bottle purchase decisions.
In the end when we realised that the most expensive bottles in Boots were actually the cheapest at The Baby Show we were pretty much sold.
I liked the whole self sterilising thing after I realised it was. Originally I thought that Mam had come up with a way to self heat milk in their bottles but that was at the end of a very long day!

The first visit was more about being introduced to products we haven’t either seen before or given too much attention too. Water wipes are a great example of that and we’ve been using them from day one. They aren’t the cheapest wipes in the world but there’s always a good deal on at The Baby Show and Boots usually have deals pop up from time to time. 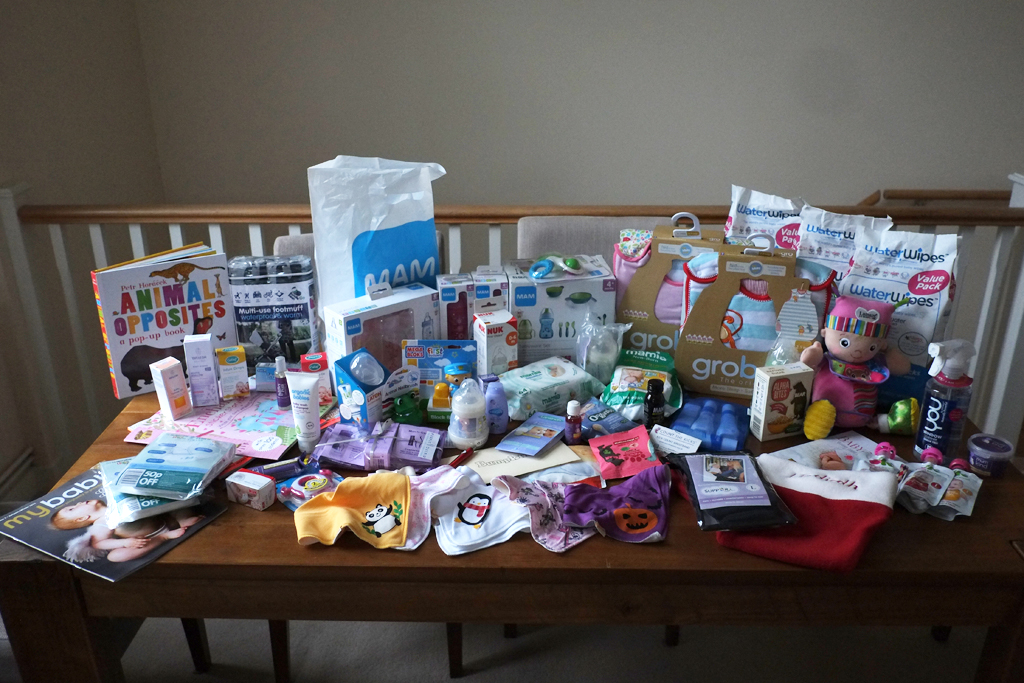 For our 2nd visit we had a very clear shopping list and being just before Christmas there was also a list of gifts we intended to buy.
I’m not quiet sure how we managed to carry everything home on the tube and train but we certainly came away with an impressive hoard.
One of my highlights was having a personalised Christmas stocking made for Elodiedh by Mr Mole Blankets.
We also went bib mad and bought 20 different designs from Funky Giraffe Bibs. After all it’s important that a girl’s accessories match her outfit isn’t it? 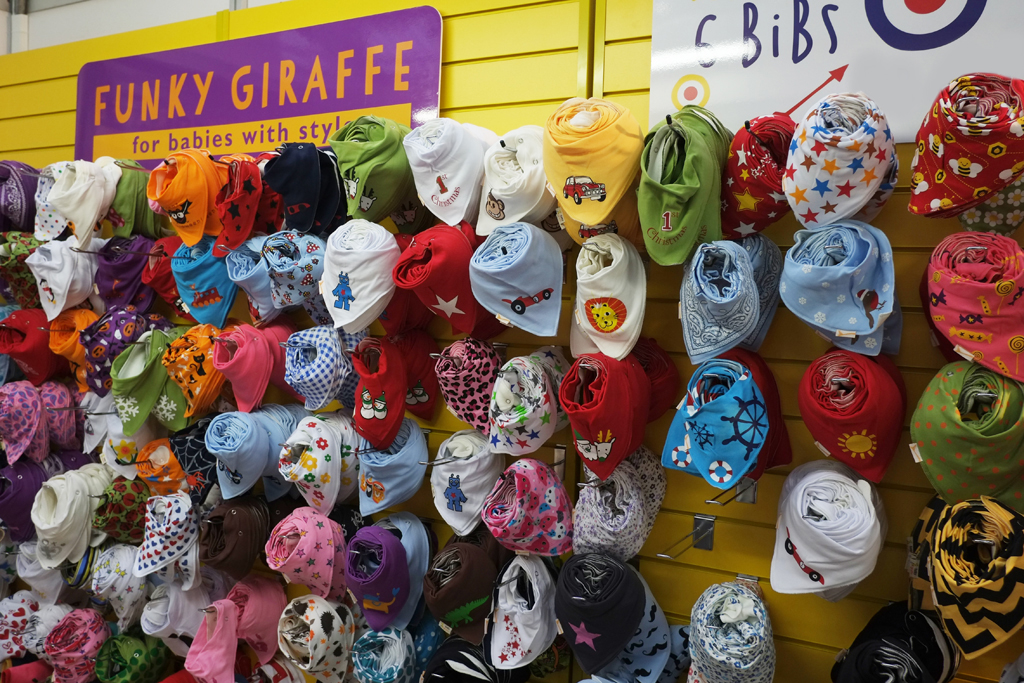 Now my daughter is nearly 8 months old we have a new list and new focus.
We traveled as light as we could across the thankfully pram friendly Jubilee line before arriving at The Baby Show at a rather impressive 10:30am.
Even though it was the last day of half term it was still fairly quiet. I made the mistake of visiting The Baby Show at the weekend before and the thought of doing that with a pram didn’t really fill me full of joy.

Annabel Karmel was top of the list as Elodiedh has become somewhat of a fussy eater in her early weaning. It turns out that everything has to be fresh, organic and not packaged in those little jars I had as a baby.
She does, it seems, have a taste for sweet potato and a real enthusiasm for asparagus but like the wind that’ll probably change tomorrow.
We took full advantage of the tasters and Elodiedh had a lovely lunch of Organic chicken and butternut squash with a side of cheese and onion rice and corn snacks. 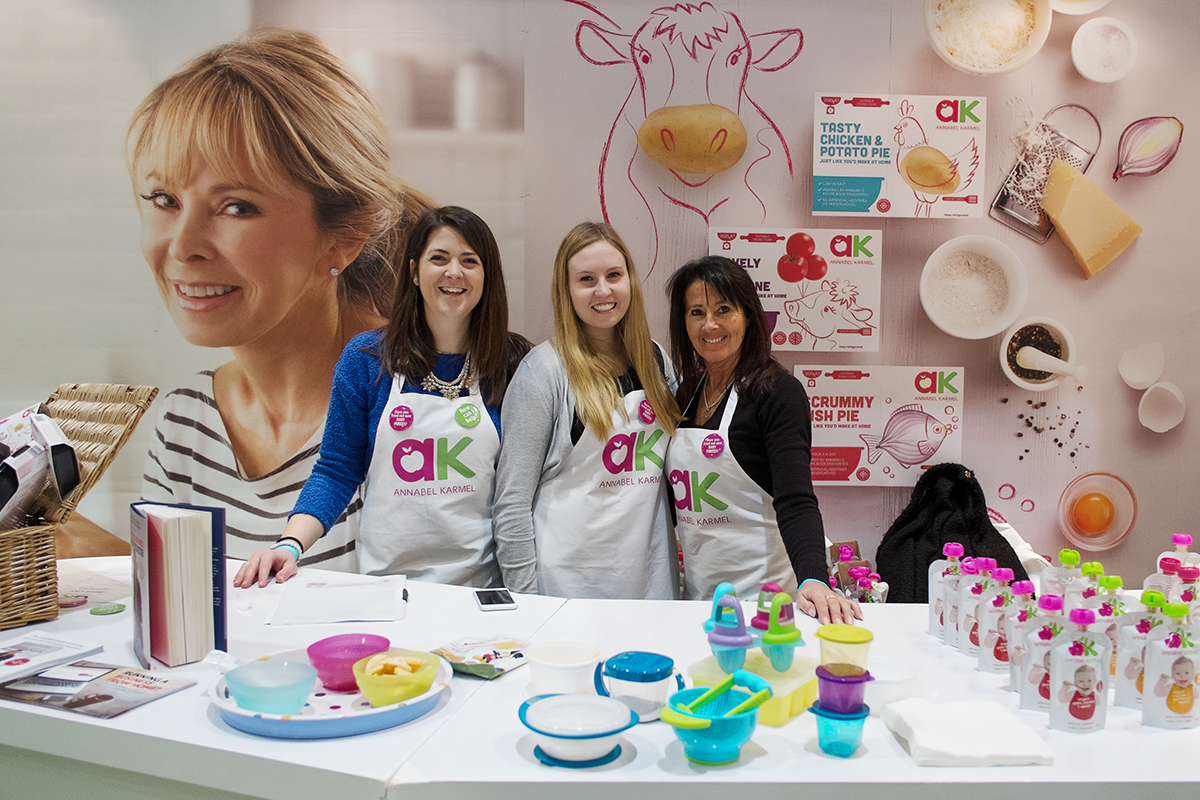 One thing I always look forward to discovering at The Baby Show is imaginative and exciting brands and products. My Little Duckling certainly ticks those boxes with their super cute flight hats. The traditional winter style were very nice but Elodiedh was drawn to the pink Spring/Summer hats. I’ll certainly be doing a more in-depth review once we take a few pictures in the studio! 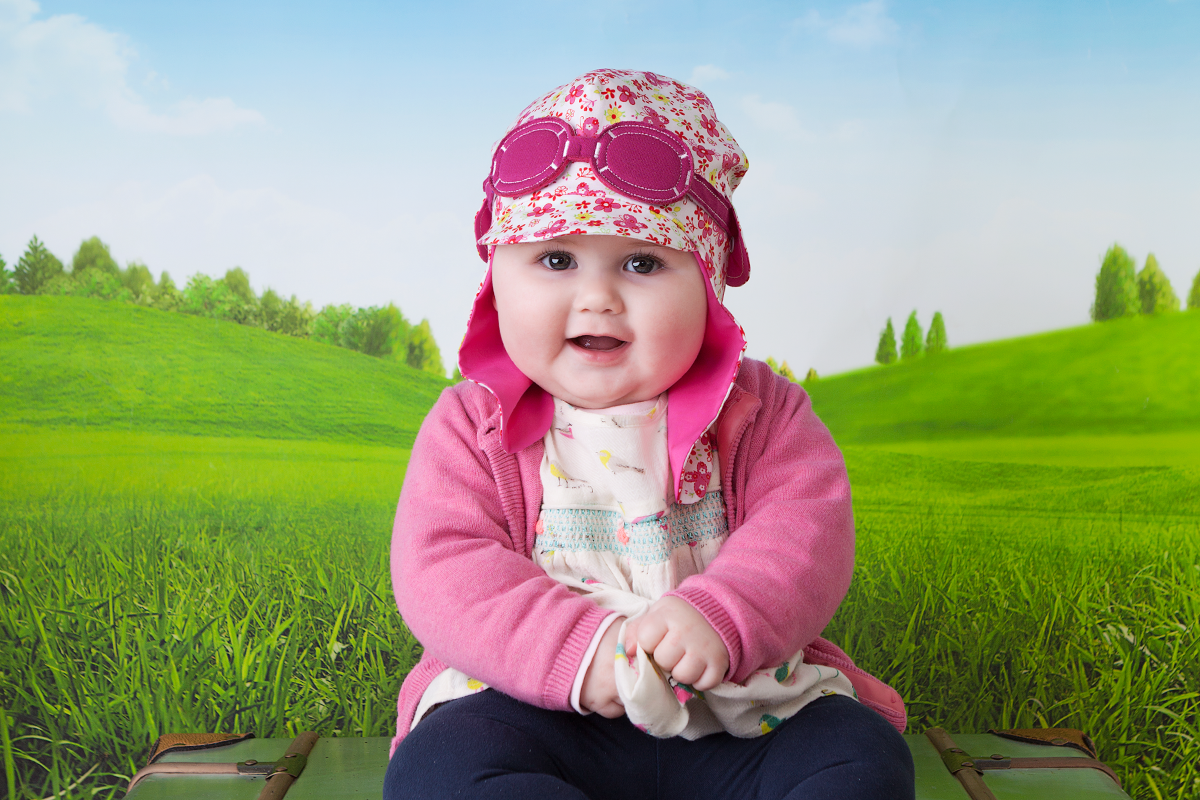 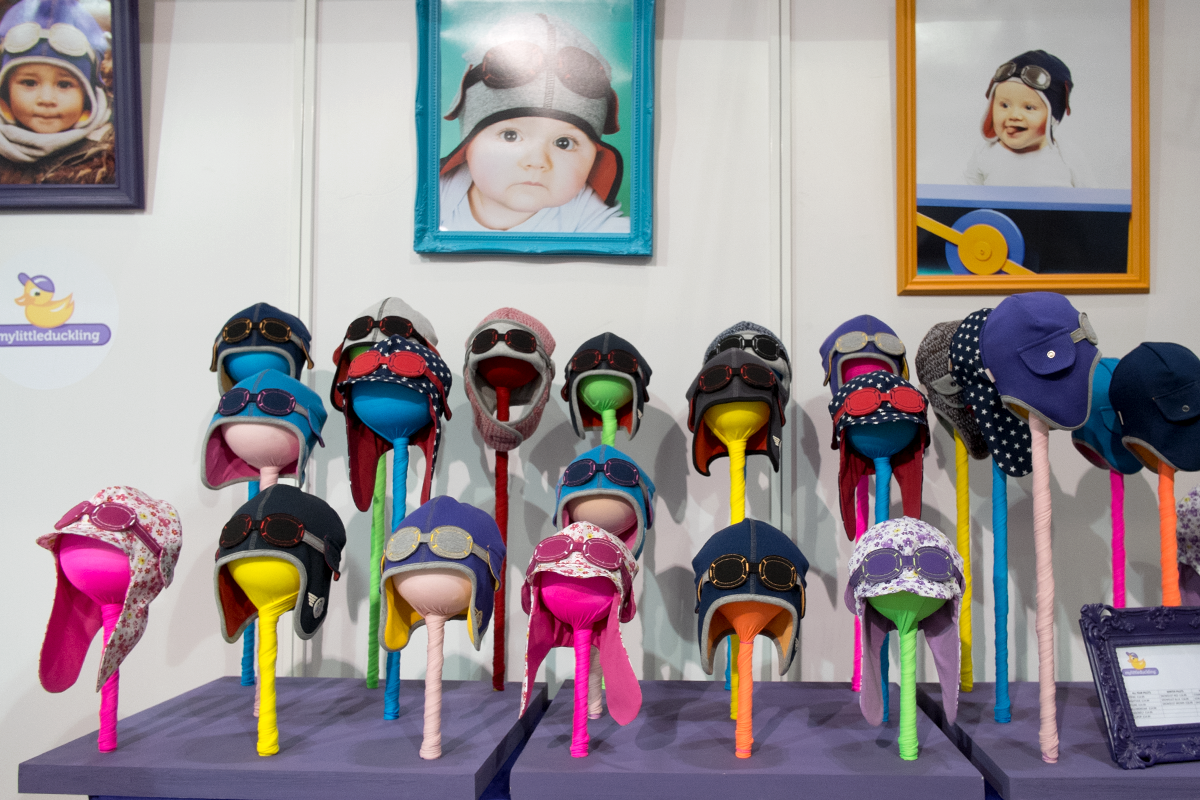 There’s no shortage of blankets at The Baby Show but one particular company caught my eye was Milly and Bear. We purchased a lovely coral cot blanket from them. 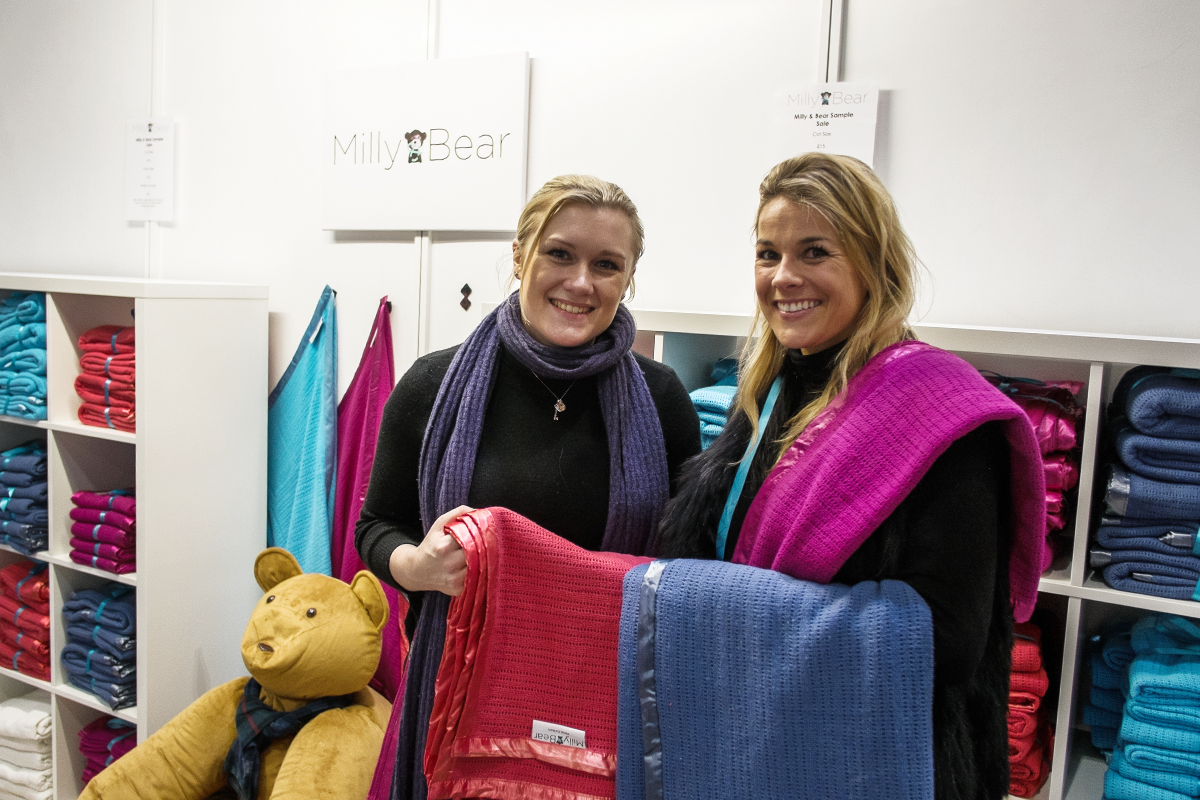 Baby Show Saving story
Is the baby show worth the ticket price and trip to Excel?
I would certainly think so, a prime example would be a friend of ours who saved £350 on a Bugaboo compared to the cheapest price they found elsewhere.

Now that my daughter is nearly 8 months old it’s time she graduated to a bath robe. We picked up a rather lovely pink polka dot cuddlebug from the CuddleDry stand. So far she loves it! 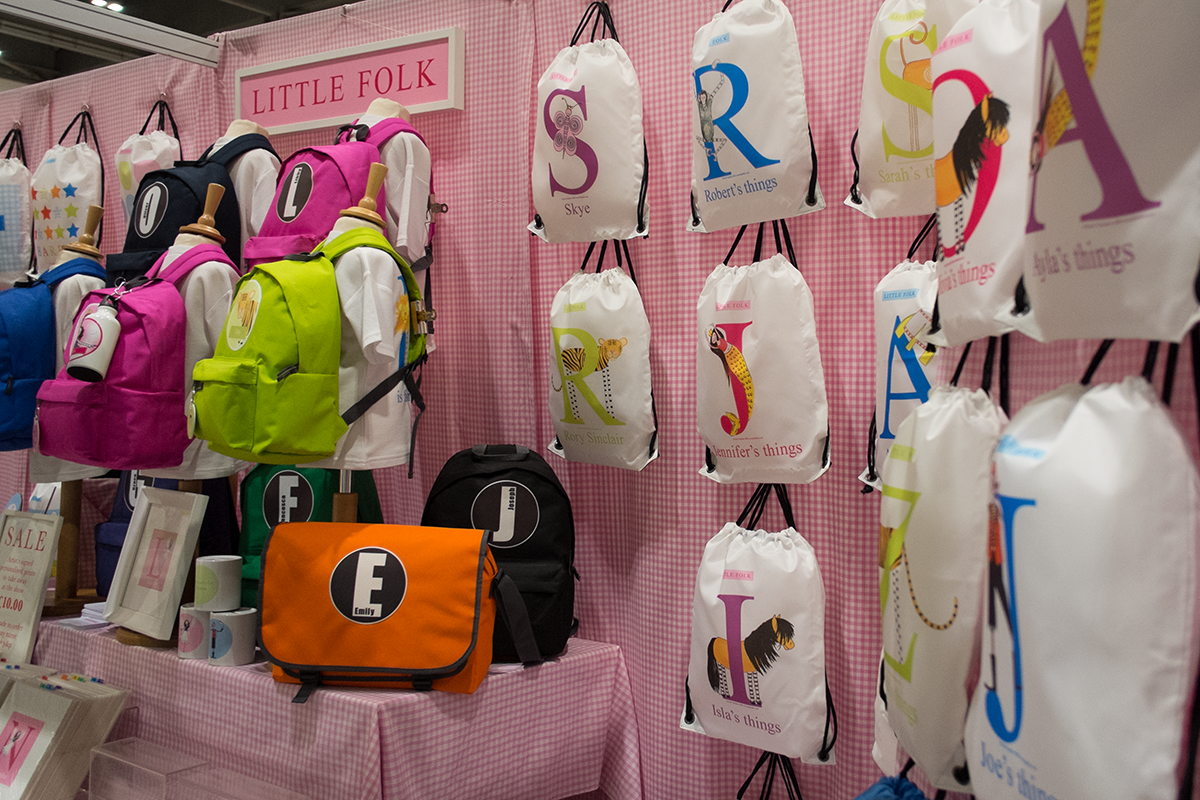 The Baby Show isn’t just about buying lovely pretty things, you can also buy lovely pretty educational things! Elodiedh was extremely responsive to a very thorough demo of Robert Titzer’s Your Baby Can Learn reading pack we couldn’t resist making one last purchase before we made our way home.

How to win tickets to the next Baby Show
London Mums normally have free tickets to giveaway but so do plenty of the vendors at the show. Check out their Facebook Pages and Twitter feeds a few weeks before the show to be in with a really good chance of winning tickets.
The next baby show us at Olympia in October 23rd to 25th. 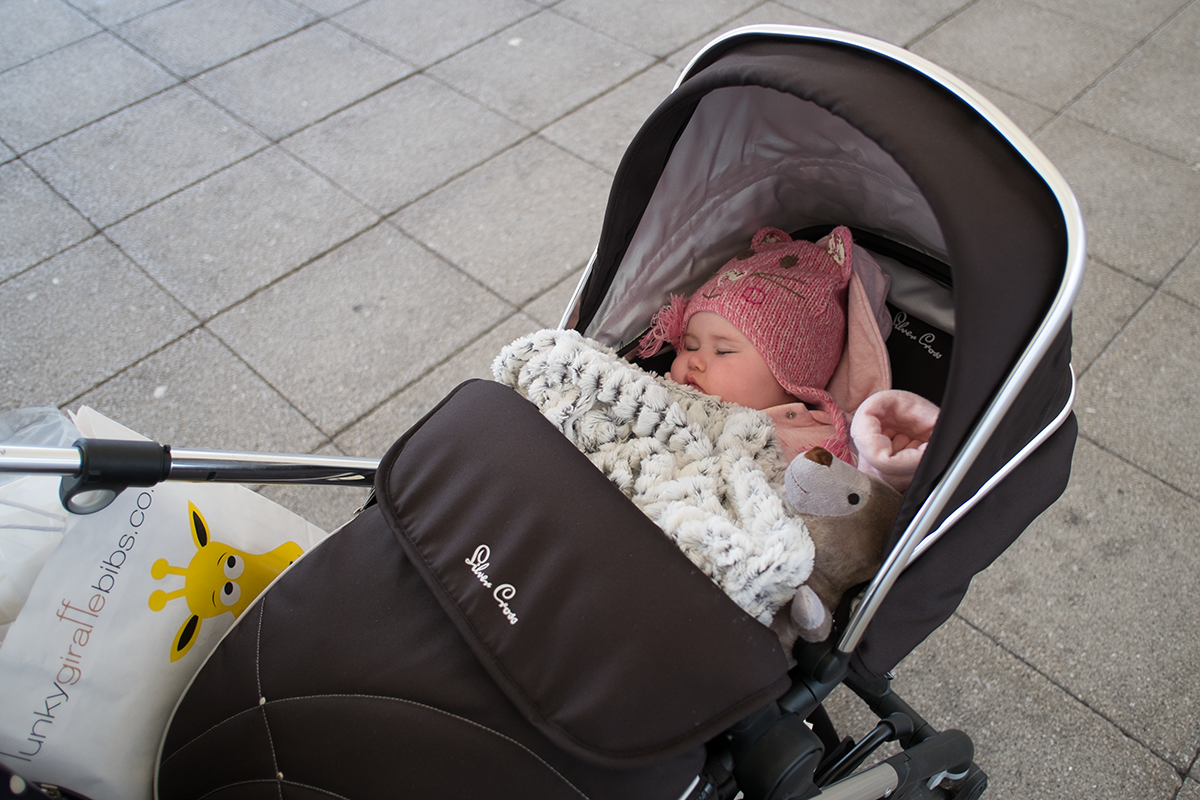 This entry was posted on Tuesday, February 24th, 2015 at 4:31 pm and is filed under Sympathy Pains. You can follow any responses to this entry through the RSS 2.0 feed. Both comments and pings are currently closed.