This week I got sent a lovely image from one of our readers in Canada of the Toronto skyline taken from the inner harbour. The image follows last week’s Photography Challenge theme Landscapes at Dusk

I’ll be sharing some of my thoughts on this image but please feel fee to add your own in the comments below. 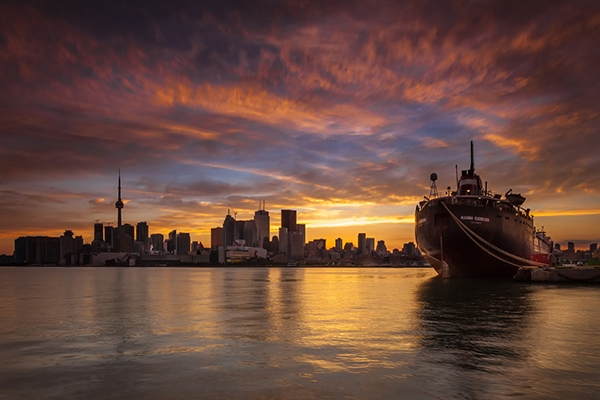 A short walk from home is the inner harbour in Toronto where one is treated to beautiful sunsets every night! I love to come here to shoot. There is a helipad which gives the perfect angle for shooting Toronto!

The image was taken a Canon 5DMkII using a 16-35mm lens. Quite rightly Spencer used a very small aperture of f22 for this half second exposure and I’m guessing a tripod (or a very steady hand) was also used. This means that both the boat in the foreground and the cityscape in the background are in pin sharp focus even though they are roughly about half a kilometre apart.

Spencer has done a wonderful job of retaining detail in the shadows whilst keeping the highlights under control. This isn’t so much a HDR image but rather an image with a fantastic depth in it’s dynamic range.

In regards to composition this image adheres to two very important rules. As you can see by the image below the skyline falls perfectly into a rule of thirds grid. Not only that but the ship in the foreground is placed perfectly at the tip of a Golden Spiral which draws the eye into the image beautifully. 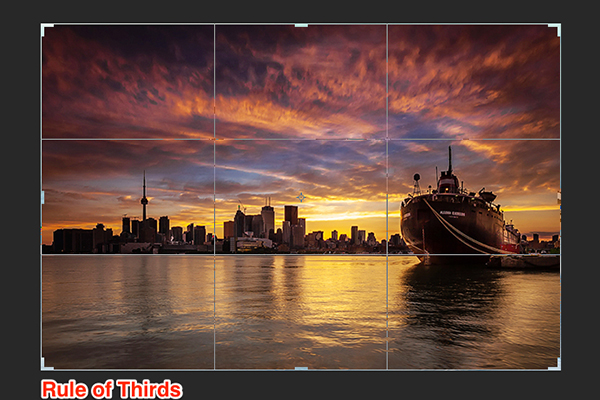 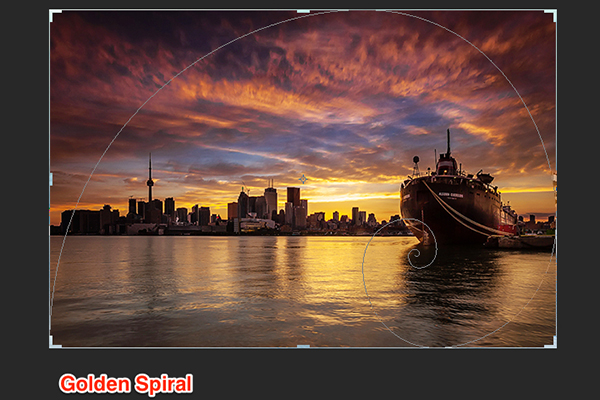 The sky is captured well and there is almost a sense of movement in the clouds (given the half second exposure that might have even been the case).

I like the fact that we can see some of the lights from the city but it’s clear that this isn’t a nighttime landscape so the lights that show are few and far between. Had this image been taken a bit later we would have lost the dramatic sky.

If I were to improve this image it would only be in post processing and my changes would be limited.

The image below is my editing effort, I increased the range of the shadow areas, boosted the colour and sharpened the image a little. 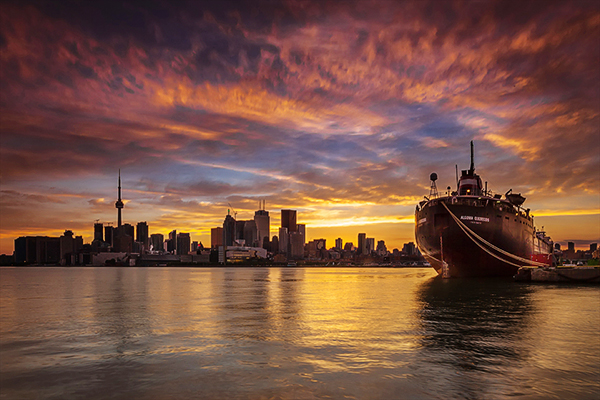 I might be tempted to try and get closer to the boat in the foreground but of course that isn’t always so simple to do when you are standing at the edge of a harbour!

In conclusion, this is certainly an accomplished image and I’d like to thank Spencer for sending it in!

Check out our weekly photography challenge for more inspiration and why not send use your images!

Keep updated with all of our photography training updates

This entry was posted on Wednesday, July 24th, 2013 at 11:00 am and is filed under Photo Challenge. You can follow any responses to this entry through the RSS 2.0 feed. You can leave a response, or trackback from your own site.