Rebecca “Becky” Adlington is only 23 but already OBE and Britain’s first Olympic swimming champion since 1988 and the first British swimmer to win two Olympic gold medals since 1908. She won two gold medals at the 2008 Olympic Games in the 400 m and 800 m as well as bronze medals in the women’s 400 m and 800 m freestyle events in this year London Olympics. We have asked her a few questions and here is what she said. 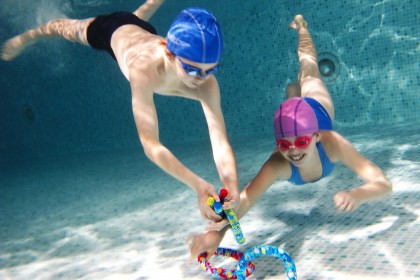 In light of the report from the Amateur Swimming Association (ASA) which reveals a third of children in England cannot swim by the time they leave primary school, here are five simple, yet fun swimming games which parents can play with their children to help teach them how to swim and to feel confident and happy in the water.