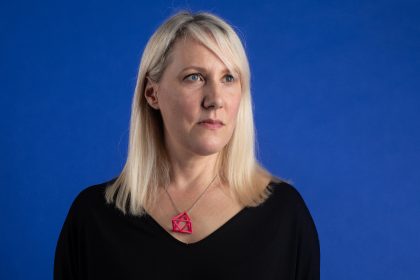 Parents have a lot to fret about in these digital days. Newsletters from school and articles on the Internet coach us about monitoring our children’s activity and time on the Internet. But what if the greatest threat to children’s online well-being doesn’t come from strangers, peers, social media or screen time? What if the danger has less to do with their social media activity, and more to do with yours?

The buzzword for disclosing information about our kids online is ‘sharenting’, and it is a huge phenomenon. Over 90% of American children have digital footprints by the age of 2, and by the time the average child is 5, they have had 1500 images of them shared online.

How to keep your children safe from cyberbullies 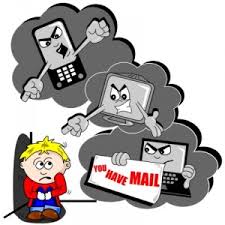 As a psychotherapist, I’ve worked with many children and parents who’ve found themselves at the mercy of cyberbullies. The abuse is more common and unrelenting than you might think.

How to welcome new followers on Twitter {without using robots}

Honestly I’ve had just about enough of spammy private messages on Twitter from someone I’ve just followed.

You know what, if I wanted to find you on Facebook I would have done so already.

And what are you really saying with that sort of message?

Mixed messages aside, auto message tools aren’t cool. You’re taking the social element out of social media and what does that leave you with?

There are certain ways to behave on social media site that aren’t cool. Being a bit of a Catfish (love that show) would be an example, as would being a complete and utter idiot who spends their time making other people’s lives miserable.

If you are running your own business then it goes without saying that having a reputation as a cyber bully isn’t going to be best PR move you’ve ever made. with that in mind, how should be behave online?

This time of the year is great for bringing families together for some outdoor fun so hopefully the weather will be more Springy than wintery in the next few weeks. And, as we cannot guarantee it won’t rain we have compiled a few features to inspire you to travel to locations that offer both indoor and outdoor attractions. We also have lots of baking ideas as well as crafts for kids. Check also on great egg hunt activities across London in our Events’ calendar.