There are certain ways to behave on social media site that aren’t cool. Being a bit of a Catfish (love that show) would be an example, as would being a complete and utter idiot who spends their time making other people’s lives miserable.

If you are running your own business then it goes without saying that having a reputation as a cyber bully isn’t going to be best PR move you’ve ever made. with that in mind, how should be behave online?

Sorry Cherie Blair, but we are proud and efficient home mums & mumpreneurs! 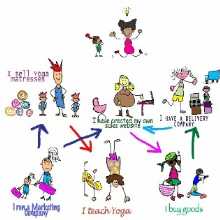 Yesterday morning LBC Radio called me to comment on Cherie Blair's attack to women who prefer to stay at home, but unfortunately I had a dentist appointment and could not do the interview. Here is my response.

A Big Ben cake even the Mayor could not resist taking a bite of….

On 8th March 2012 London Mums and Work Your Way organised a successful Social Media Magic conference for female entrepreneurs supported by the Mayor of London and asked No Cakes R Better to prepare a cake to celebrate London 2012 in style. Here is what the Mayor thought of it….

Last week I attended the excellent event Social Media Magic, organised by Work Your Way magazine for working mums and the Londonmums network. I’m not a mum myself but I am a social media marketer and the event looked fun and interesting!

London Mums and Work Your Way had the pleasure of getting this interview with Mayor of London, Boris Johnson. Read what he has to say about family life in the Capital.