Set in 1190, Richard Coeur de Lion, King of England has embarked on the Third Crusade and has called upon his subjects to set forth and join him. Arundel Castle guards the road linking the Medieval ports of Shoreham, Pagham, and Portsmouth. The Castle defends access to the sea via the River Arun, providing a logical mustering point for men, supplies and equipment setting out for the Continent. Set within a historical tented encampment, Raven Tor Living History Group will recreate the crafts, weapons training, and battle tactics of the period. With falconry a Story Teller, and archery demonstrations the weekend will be filled with the sights, sounds and smells of the late Norman Period. 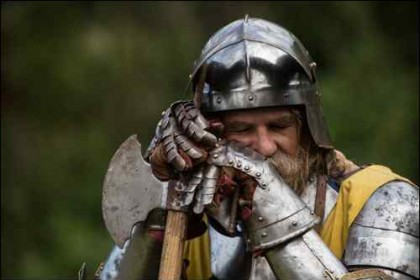 Spanning nearly 500 years, Raven Tor Living History Group will portray weapons, clothing, combat demonstrations and crafts from the 11th to the 15th century. From its Norman beginnings as a wood and earth fortification through to the vast stone castle of the 15th century, Arundel Castle and the families who have held the Earldom, have experienced war, plague, and revolt. The weekend is a real opportunity for visitors to see how armour and weapons changed, how the knights, archers and men-at-arms would fight, how fashion developed, and to see some of the many crafts from the Medieval Period.