Zoe and Beans: The Magic Hoop

From Mick Inkpen, author and illustrator of children’s books best known for his creations Kipper the Dog and Wibbly Pig, and his daughter Chloë, the Zoe and Beans series is really lovely and educational for 2+ children. This book is published on paperback by Macmillan Children’s Books on 5th January 2012. 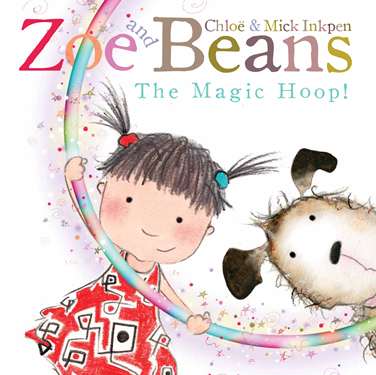 This is no ordinary hoop! Zoe has found a fun new game to play! When Beans jumps through her hoop he magically transforms into . . . Beans the rabbit, with floppy ears, or Beans the crocodile, with snappy jaws! But could Beans the elephant be a jump too far? The hoop may be magic but it’s only small – and a great big elephant could easily get stuck . . .

Chloë Inkpen grew up surrounded by picture books and has a natural gift for storytelling. She studied graphics, photography and illustration at the Glasgow School of Art and after graduating in 2008, was awarded second place in the Macmillan Prize for Illustration. Chloë then began writing with her father, Mick Inkpen, and together they have created a wonderful new picture book series which they write together and Chloë illustrates.

Tags:  books books' reviews children's books' reviews mine! not on a school night
This entry was posted on Friday, December 16th, 2011 at 11:28 am and is filed under Blog, Books, Tested & Recommended. You can follow any responses to this entry through the RSS 2.0 feed. You can leave a response, or trackback from your own site.