Two very sweet and emotional movies for the whole family to watch together this Christmas. 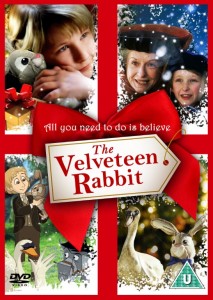 In this brand new feature film, one of the most beloved family tales of all time comes to life in an enchanting combination of live-action drama and animated adventure. It’s the story of a young boy named Toby who is sent by his busy father to spend the holiday season in the home of his stern grandmother. This is a very sweet movie but I warn you! you will shed some tears (of joy, of course). It’s inevitable. The perfect xmas movie.

Toby’s world instantly changes when he discovers the house’s magic. where three forgotten toys including a special stuffed rabbit unlock a world of imagination that will change all their lives forever. The voice talents of Golden Globe Winner Jane Seymour, Emmy Award Winner Tom Skerrittand Oscar winner Ellen Burstyn star in this heartwarming story about how we bring the things we love to life, inspired by the classic children’s book by Margery Williams and directed by Michael Landon, Jr. 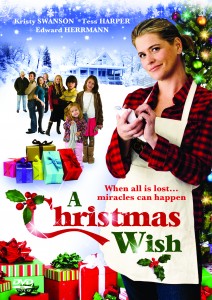 Martha Evans, an attractive 28 year old shows the wear of years of working double shifts at minimum wage. Martha is close to despair when her ‘never-do-well’ husband abandons her a few days before Christmas, leaving her homeless and destitute. With her two young daughters and stepson in tow, Martha travels cross-country looking for work, finally landing a job as a late-shift waitress at a small town diner. Still, with her car broken down and the bills piling up as fast as her troubles, it looks like it’s going to be a very bleak Christmas for the Evans family. In a desperate cry for help, Martha reaches to higher power…and her prayer seems to work a small miracle. Unbeknownst to her, the sympathetic townsfolk and a concerned new admirer have been working behind the scenes to make her season bright. The kindness of strangers ultimately renews Martha’s faith, not only in humanity but also in the God who answered her prayer. The owner of the local diner, an attractive, no-nonsense woman in her mid to late 60s takes pity on Martha and her kids. As their bond builds, the two find unexpected comfort in the values of true friendship. Could blowing the dust off the beloved old recipe for home-made root beer be the answer to their prayers?…

This entry was posted on Monday, November 28th, 2011 at 10:31 pm and is filed under Blog, Tested & Recommended. You can follow any responses to this entry through the RSS 2.0 feed. You can leave a response, or trackback from your own site.