The Royal Baby hysteria has started on 22 July 2013! Since that moment, we have been bombarded with emails featuring lots of quirky products inspired by the Royal Birth. Take a look at some of them! 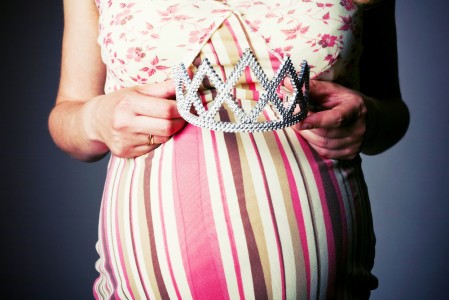 Christies has recently seen a Victorian silver christening mug circa 1857 sell for £1,500 for example, while an English painted rocking horse went under the hammer for £2,375. A collection of early 19th century christening robes was snapped up for £1,200.

Great Britain is celebrating the arrival of our future king, and the fever pitch is at an all-time high! While the speculation as to whether it’s a boy or a girl is at last satisfied, bets on possible names still abound. The baby memorabilia that has rapidly crowded the shelves, approved by the Duke and Duchess, will quickly become collectable and undoubtedly increase in value. Experts have predicted that the birth of the royal baby will boost the economy by over £200 million, and a proportion of that is thanks to these royal baby souvenirs.

Unique toys are also class acts when it comes to high value assets. Bonhams saw a set of fine toy soldiers march off to the tune of £6,000, along with a toy train set which was sold for £2,875. These types of collectibles don’t necessarily need to be sold at auction in order to access their liquid value however. At borro, a client looking for finance used an antique train set to unlock a loan value of £41,000.

There are lots of new products on the market that will become memorabilia possibly in a decade or so. We predict the following will be the ones. 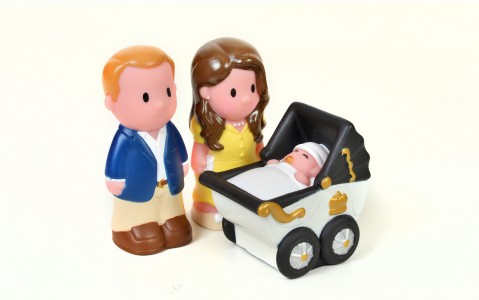 One of our favourite is the first Royal baby toy that hit the shelves as soon as the baby was born at the Early Learning Centre. Staff up and down the country were busy stocking the 50,000 limited edition Happyland Royal baby sets overnight to be ready for Royal baby fever on the day of the birth of His Royal Highness!

The collectable set follows the huge success of Early Learning Centre’s Happyland Royal ranges created to celebrate the Royal Wedding and Diamond Jubilee. The newest addition to the range features the Duke and Duchess of Happyland with their first born in his Royal pram. The new Happyland Royal baby set costs £8 and is available from Early Learning Centre stores and ELC shops within Mothercare stores across the country. 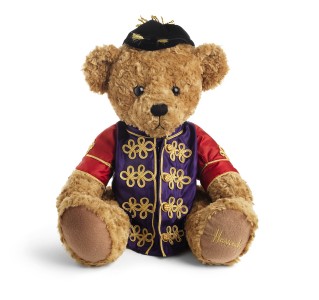 The Duke and Duchess of Cambridge’s new son received an early reminder of the Royal interest in horseracing when a representative of the sport delivered a suitably attired teddy bear jockey to St Mary’s Hospital, Paddington on the day of the birth Tuesday 23rd July 2013.

The foot high soft toy was dressed in Her Majesty’s racing colours of purple body, scarlet sleeves and a black velvet cap and were specially made by The Queen’s silks makers, Allerton and Company. The design for her colours, including gold braiding on the body and cap, were first used by Edward VII.

The Queen recently saw her silks carried to victory on Estimate in the Gold Cup at Royal Ascot, the first occasion that a reigning monarch has won the race. Now, all the new Royal arrival needs is a rocking horse for teddy. 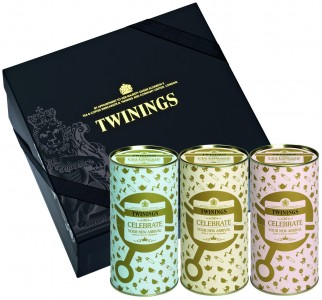 To mark the arrival of the Prince of Cambridge, Twinings has released a limited edition tea gift. Whether you’re celebrating the birth of the royal heir or a special delivery of your own, Twinings has created something to mark the occasion and make your afternoon tea extra special.

The baby Prince is third in line to the throne and the royal family will be joining with thousands of other families up and down the country this week in celebrating the birth of the next generation.

To celebrate this historic day for others also welcoming new arrivals, Twinings will be delivering 100 caddies to parents of babies also born on 22 July 2013. To claim their gift, parents need to provide proof of their baby’s birthday through a competition app at Facebook.com/TwiningsTeaUK.

Parents who share pictures of their new babies with Twinings via Twitter, Facebook or Instagram, using the hashtag #twiningsbaby, will be automatically entered into a competition. Parents of the ‘Baby of the Day’ will win a years supply of their favourite Twinings tea. 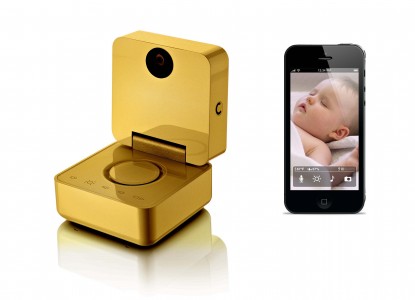 To celebrate the arrival of the royal baby, one the world’s leading connected health companies has created a nursery product fit for royalty – the world’s most expensive high definition baby monitor.

Worth approximately £35,000 and expertly plated in 24 carat gold, just one of the monitors has been exclusively produced for the royal couple. The baby monitor is a limited edition remodeling of Withings’ popular Smart Baby Monitor, which allows parents to see and hear their children in high definition directly on their smartphones.

Whether at home in the £4.85m Berkshire manor the baby will spend its first six weeks or abroad, the pair can keep an eye on and interact with their new arrival at all times using mobile or tablet devices.

Engineers have spent nearly two months designing and developing the commemorative monitor, creating the perfect functional ornament to celebrate the arrival of the third in line to the throne.

The luxurious monitor, enabling the new parents to see and hear their baby wherever they are, will be sent to the couple as an exclusive gift to celebrate the highly anticipated birth. For non-royals, the HD Smart Baby Monitor is available in Apple Stores nationwide for £239.95 and can be bought through Withings’ website

The Smart Baby Monitor, with its night vision capable high-resolution video, enables two-way communication between parents and their babies, giving users total control through their Smartphone or tablet. Parents can talk to their baby through paired iOS or Android devices to sooth, play lullabies and even control a multi-coloured calming nightlight. Alerts can be created to monitor noise, motion, temperature and humidity in the baby’s room.

This entry was posted on Saturday, August 17th, 2013 at 9:00 am and is filed under Tested & Recommended. You can follow any responses to this entry through the RSS 2.0 feed. You can leave a response, or trackback from your own site.