Puss in Boots is probably the best movie my son and I went to see in the last six months. Not sure why this is. Maybe because the main character is a handsome looking kitty with the amazing voice of Antonio Banderas? Maybe because we love sword fighting? Or simply because the storytelling is so intricate that it kept us glued to the screen? 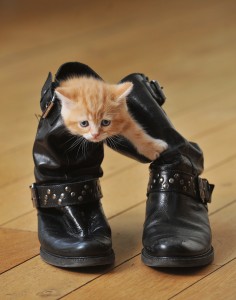 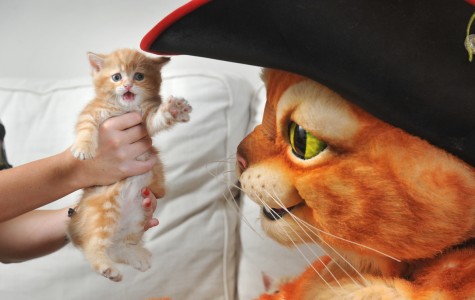 Filled with hilarious action and adventure, the true tail-er, tale-of how Puss became a hero long before he met Shrek delighted audiences of all ages with its non-stop laughs, daring deeds and original story. Featuring the extraordinary Antonio Banderas as the voice of the irresistible and legendary cat, PUSS IN BOOTS boasts a sensational cast of voice talent, including Salma Hayek, Zach Galifianakis, Billy Bob Thornton and Amy Sedaris. 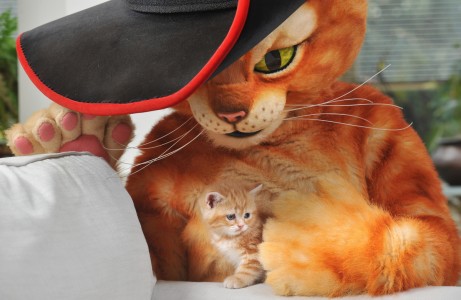 The PUSS IN BOOTS Blu-ray Triple Play and Blu-ray 3D include the exclusive debut of an all-new adventure called Puss In Boots: The Three Diablos. Antonio Banderas returns to voice the title tabby as Puss plunges head first into a brand new adventure, picking up right where the movie left off. Tasked with recovering a princess’ stolen ruby and facing off against three mischievious foes, Puss embraces his destiny and once again proves why he is the stuff of legend. The Blu-ray Triple Play and Blu-ray 3D also include loads of fun and surprises not seen in cinemas, featuring both PUSS IN BOOTS and Puss In Boots: The Three Diablos in eye-popping, high definition for the ultimate home viewing experience. 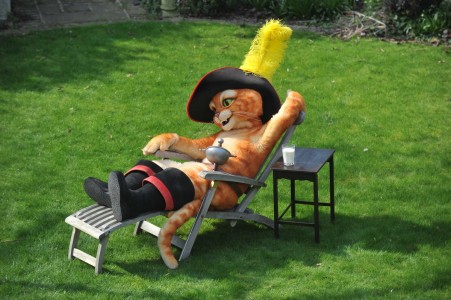 Tags:  children DVD reviews kids' movies puss in boots
This entry was posted on Saturday, April 7th, 2012 at 9:49 am and is filed under Blog, Tested & Recommended. You can follow any responses to this entry through the RSS 2.0 feed. You can leave a response, or trackback from your own site.