Mirror Mirror on the wall….

Mirror Mirror, released on DVD & Blu-ray 30th July 2012 courtesy of StudioCanal UK, is the best movie about Snow White I have seen so far! Really light-hearted but also filled with action scenes, excellent actors and actresses! This movie is a real gem for both kids and parents and deserves a space in our DVD library. 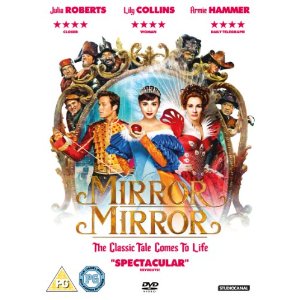 One of the most beloved stories of all time gets a modern make over and comes to life, in this spectacular motion picture event starring Oscar®-winner Julia Roberts as the evil Queen and Lily Collins (The Blind Side) as Snow White. A fresh and funny retelling of the classic fairy tale, the film also stars Armie Hammer (The Social Network) as the Prince, Sean Bean (“Game of Thrones”) as the King, and Nathan Lane (The Birdcage) as the Queen’s hapless and bungling servant, Brighton. 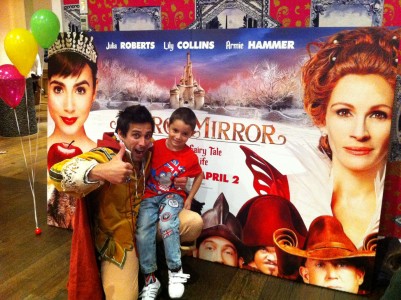 Tags:  children DVD reviews film reviews
This entry was posted on Friday, August 10th, 2012 at 9:05 am and is filed under Blog, Tested & Recommended. You can follow any responses to this entry through the RSS 2.0 feed. You can leave a response, or trackback from your own site.