Inspiring female entrepreneur’s testimonial: how the next best selling doll is born

I love dolls – I have always found dolls absolutely fascinating in particular Barbies. I want to be the first to predict the success of Lottie, the new British doll created by Lucie Follett, a young and inspiring female entrepreneur. In this interview she is telling us how she was inspired to create Lottie, a lovely doll that will certainly become a tough competition for all popular fashion dolls on the market. 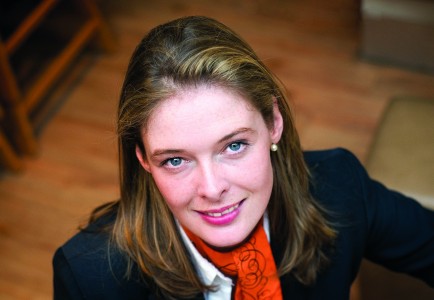 Where did you get the inspiration to create your own doll? 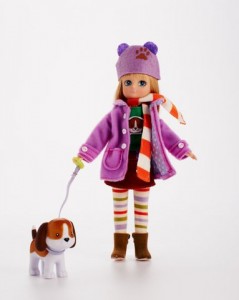 After developing the Royal Wedding dolls we decided to focus our business on fashion dolls as our key product area. We wanted to develop our own brand as we observed there was a gap in the market, also that there has not been a British doll company serving this market for some time. We then researched the market looking internationally at all of the suppliers in the sector, we did market analysis by country and then spoke with retailers, parents, kids, collectors, people who have worked in this industry in the past, academics and child psychologists. 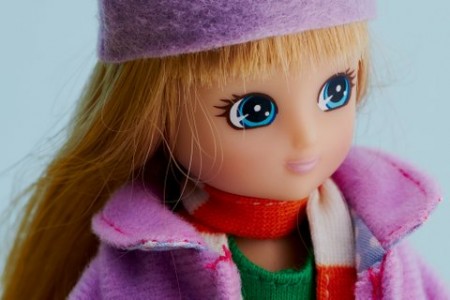 what’s the idea behind this specific doll? 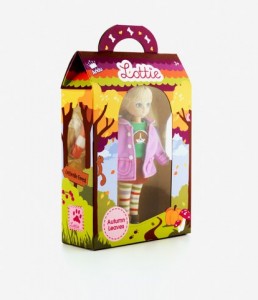 We read research by Dr Margaret Ashwell OBE (formerly Science Director of the British Nutrition Foundation) relating to young girls and their perception of body image. Our focus groups with parents further highlighted this and we followed this up with questionnaires. We got in contact with Dr Ashwell who in turn put us in contact with Professor David McCarthy (Professor of Nutrition and Health at the Institute for Health Research & Policy, London Metropolitan University) who provided us with the dimensions we needed. Lottie’s body is ‘childlike’ – as you might expect as she is aged nine; her dimensions (with the exception of her head) are based upon the average proportions for a girl aged nine. Lottie doesn’t wear makeup, jewellery or high heels either. Lottie is for girls aged 3 – 8; ie, a younger age group than, for example, Monster High dolls. 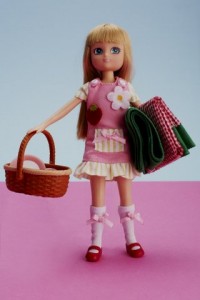 How did you manage to get it produced from design (who designed it) to finished product?

We had a personal preference for manga type eyes, which fitted well with Lottie’s character with her eyes wide open to the world around her. 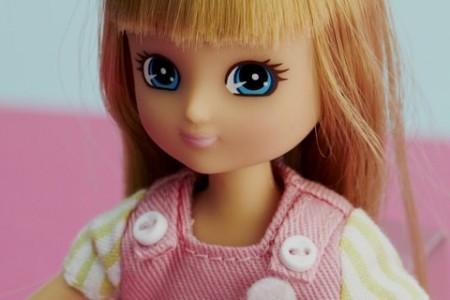 We employed a manga illustrator to follow a very tight brief, we were provided with around 20 initial drawings which was further adjusted until we got what we wanted. We then provided the illustrations and scientific proportions to a sculptor who crafted the body and version three were sent to our factory. We then briefed our factory’s engineer about the types of articulation we wanted in the doll; for example, Lottie is a keen ballet student and we wanted her to be able to do the splits forwards and sideways, her arms were to rotate a full circle and her knees were to bend. After a further four or five verions we then went to tooling after receiving approval from the experts involved. We tooled the head twice having been unhappy with the initial version. The process took around 8 months in total employing sculptors, illustrators and tooling; the tooling is where the big costs are involved, however. 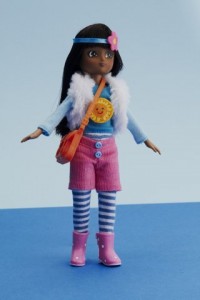 Did you run focus groups? Brainstorming groups? How did you know that there was a niche in the market for your doll? 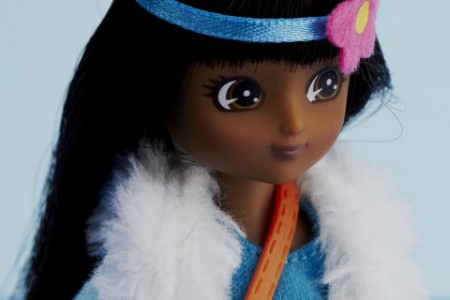 Yes we did focus groups with parents and kids and followed these up with questionnaires to a wider audience to validate the findings. We reviewed commentary on retailers websites. Mummy bloggers sites also provided plenty of affirmation of the gap in the market but ultimately it was retailers who said to us that there was a commercial demand for this type of doll. 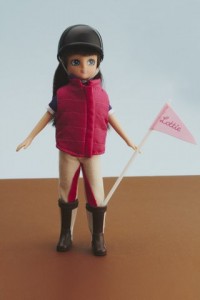 Can you explain the whole process of getting the product out into the marketplace?

We started our process by building a character for our brand; Lottie is a feisty 9 year old, she loves the outdoors, she loves going on adventures and using her imagination, she makes mistakes but she learns from them. We want every girl to see themselves in her, so rather than having Lottie’s of different friends with different names, Lottie herself has different skin colours, different hair colours but all of the dolls are Lottie. Her tag line is Be Bold Be Brave Be You! 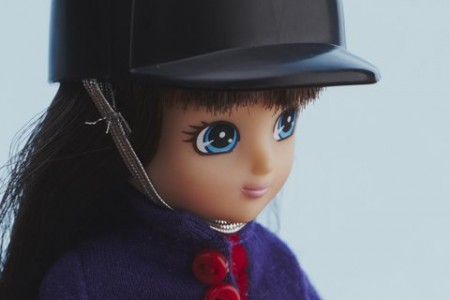 We developed a full brand guideline book; this is our ‘rule book’ about all things Lottie; it is ever evolving but the core character will remain the same.
After designing/sculpting/tooling the doll we then went through a testing process; we test our products for the EU and US testing standards. We then created the packaging, copy, barcoding and prepare the doll for launch. One of our key considerations in relation to packaging was to address the issue of excessive plastic blister packaging, also to reduce the amount of frustration involved in opening! Each doll box is themed and designed with a cute handle to encourage reuse and doll portability. We exhibited at London Toy Fair in January and launched Lottie in late August. 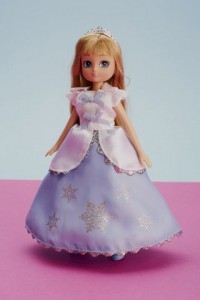 In terms of marketing what will you do to succeed in this already doll-crowded market?

We are a start up business, in a market dominated by two US major players. The traditional method of targeting the consumer is via TV advertising and these big companies can afford to bombard kids with adverts which in turn pester parents into buying. Our strategy is to initially target parents and discuss the merits of our product. We don’t necessarily have the funds nor do we want to compete with the major players; we are a considered decision, are very British in terms of values and are extremely giftable. 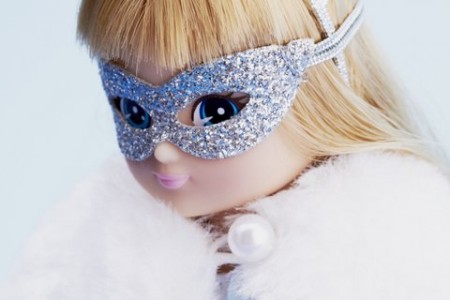 Why did you decided to create a new doll in a crowded market dominated by Mattel and MGA dolls (Bratz and Moxie Gilz)?

It’s been over a decade since a British doll company competed in this market, it is extremely competitive and it is driven by TV advertising. The American companies have stated they will not be influenced by anyone in terms of their development, we believe there is a responsibility and we believe parents will buy into the values that we are building. The issues of body image, premature sexualisation and girls missing their childhood are important issues and we believe we (Manufacturers and Retailers) have a responsibility to address them. 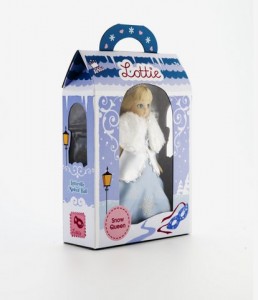 What’s different about your product and who you are competing with? 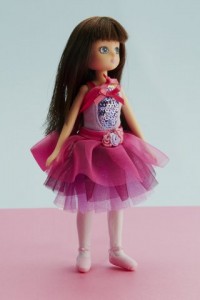 Lottie is based on a childlike body. She is slightly smaller than other fashion dolls as she is 7” in height (as opposed to 11.5”); she therefore fits easily into school bags, very easy to carry around, especially in her themed doll box with handle. Our dolls are very collectible in that they are finished with a high quality and attention to detail; a lot of the clothing uses tactile fabrics, are lined, have beautiful ribbons and bright buttons, attention to detail that girls pick up on. She has Saran nylon hair which is a premium hair from Japan that does not tangle as much.
Lottie stands on her own two feet! 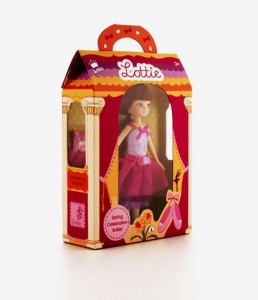 Tags:  doll maker dolls dress your doll junk doll make a doll make a dollshouse
This entry was posted on Tuesday, November 6th, 2012 at 12:04 pm and is filed under Blog, Mumpreneurs & Mums at work, Tested & Recommended. You can follow any responses to this entry through the RSS 2.0 feed. You can leave a response, or trackback from your own site.