Despite the harsh mainstream film critic reviews, London Mums think this rom-com is quite good. We love Scottish actor Gerard Butler whose Scottishness is quite refreshing among all the American mamas 🙂 Be reassured that he will melt your heart in PLAYING FOR KEEPS, a new romantic comedy with a bit of spice! 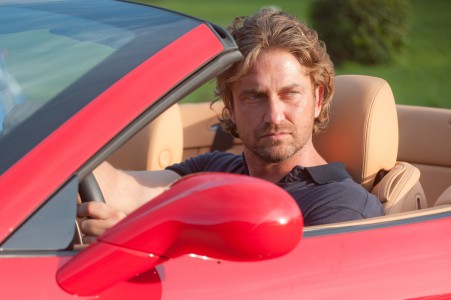 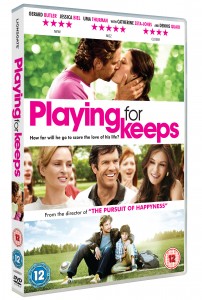 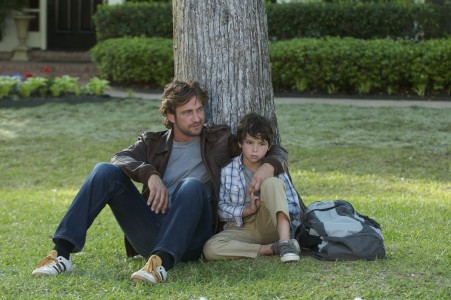 This movie is out to rent and own on DVD and Blu-ray from 20th May 2013 (RRP £15.99/£17.99). It’s the perfect film for a girls only gathering on a Saturday night without kids and partners. It would clearly not appeal to men but mums would probably dream of having such football coach for their kids… I personally would and be assured that I would turn up at all footy matches! 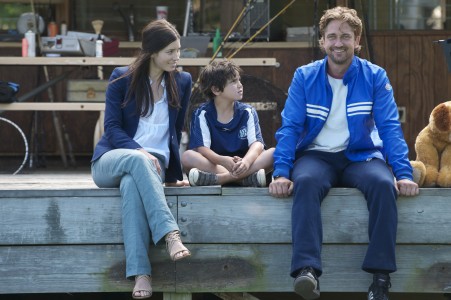 Butler (P.S. I Love You, The Bounty Hunter) stars as George Dryer, a down-on-his-luck former football star who is desperate to rebuild a relationship with his ex-wife, Stacie (Jessica Biel: Hitchcock, Total Recall), and his young son, Lewis.

In an attempt to grow up and win his family back he starts coaching his son’s football team. But while football is a hands-free sport, the lusty mothers of the other kids can’t seem to keep their hands off the coach! Will his attempts to put his family back together be challenged by attractive soccer-mums?

Directed by Gabriele Muccino (The Pursuit of Happyness, Seven Pounds) and also starring Uma Thurman (My Super Ex-Girlfriend), Catherine Zeta-Jones (Rock of Ages), Dennis Quaid (What to Expect When You’re Expecting), and Judy Greer (The Descendants) and introducing Noah Lomax as Lewis, PLAYING FOR KEEPS is a fun and heart-warming tale with plenty of laughs.

Watch the trailer and you’ll be hooked 🙂

Tags:  film reviews great films
This entry was posted on Wednesday, May 22nd, 2013 at 2:05 pm and is filed under Movies, Tested & Recommended. You can follow any responses to this entry through the RSS 2.0 feed. You can leave a response, or trackback from your own site.