I was not surprised at the brilliance of Disney Planes, which is in my view the best Disney movie after the release of Cars in 2006.
Disney Planes flies into UK cinemas on 16 August, 2013. 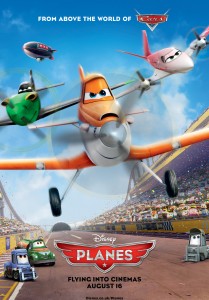 Overall, the story is good – although I found the idea of crop duster Dusty winning a bit of a stretch (something like the original Cars where he loses the race but learns some lessons about friendship and competition would have been more realistic) – but otherwise, we’re going for a wonderful underdog story. 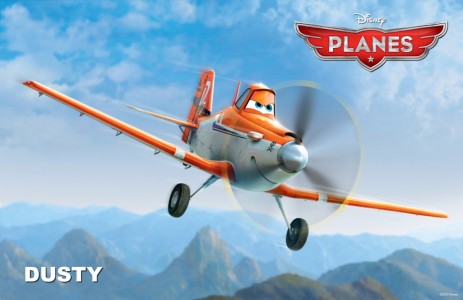 From an adult perspective, I think there should have been some more interaction between the characters to build their relationships and their characters – these seemed to jump without as much development as they had in Cars or in other Disney movies like Toy Story. For kids though, the pace is probably pretty good. And visually this movie is absolutely amazing.

From above the world of Cars comes Disney’s Planes an action-packed 3D animated comedy adventure featuring Dusty (voice of Dane Cook), a plane with dreams of competing as a high-flying air racer. But Dusty’s not exactly built for racing – and he happens to be afraid of heights. So he turns to a seasoned naval aviator who helps Dusty qualify to take on the defending champ of the race circuit. Dusty’s courage is put to the ultimate test as he aims to reach heights he never dreamed possible, giving a spellbound world the inspiration to soar.

The movie starts with Dusty wanting to be in a race around the world – but he’s just a crop duster plane. Teri Hatcher is Dottie – his forklift/mechanic and friend. Initially, she’s against the idea of him racing since he’s not built for it, but she agrees to be his mechanic during the race.

His other friend, a gas truck – Chug, plays the role of his coach. Teri Hatcher’s character is pretty good humoured and provides some light-hearted comic relief/sarcasm throughout the story. Skipper is an old war plane that Dusty and Chug convince to give him advice on racing but he refuses to fly anymore. We also find out here that Dusty is afraid of heights so can’t go over 1000 feet to get good hind winds. 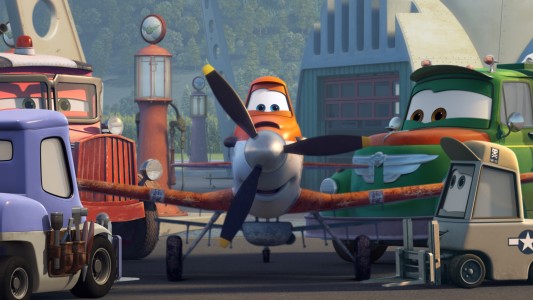 After missing out making the race by one place in the qualifiers, Dusty finds out he made it when one of the other planes is found to have cheated.

Dusty then goes to New York to enter the race which has 5 legs (NY to Iceland, Iceland to India, India to China, China to Mexico, and Mexico to New York). When Dusty meets the other planes they’re mostly mean to him and opposed to the idea of a crop duster flying against racing planes. 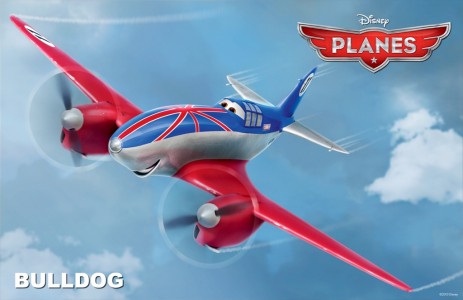 Bulldog, a British plane (voiced by legend actor John Cleese) refuses to give him any tips, and Ripslinger is the main bad guy – but is the 3 time champion of the race. El Chucacabra is the Mexican plane who befriends Dusty. There are two female planes – Rochelle, a French Canadian plane that El Chucacabra is in love with, and Ishani – an Indian plane who starts off friendly with Dusty. Ripslinger also has 2 friends who help him out.

NY to Iceland – this is a speed leg and Dusty falls behind the other planes as he has to fly low (where they finish decides where they start the next leg).

Iceland to India – this part is more technical, and Dusty makes up some positioning, but is slowed down when Bulldog blows a fuel line and gets oil in his eyes, Dusty helps him along by giving him instructions so that he can safely land. After this – he and Bulldog are friends. While in India, Dusty helps El Chucacabra sing to Rochelle so she falls in love with him (before she wasn’t interested and found him to upfront).

Ishani tells Dusty that he can follow the train tracks through the Himalayas in order to avoid going over the mountains since he is afraid of heights.

India to China – Dusty follows the train tracks only to find out they go through a tunnel, he tries to go over the mountains but gets scared and goes through the train tunnel (just missing getting hit by a train). Because of this, he ends up being in first place by not going over the mountains, but finds out Ashani had betrayed him to get a new propeller from Ripslingers team. Ripslinger doesn’t think a crop duster should be in the race at all
China to Mexico – Ripslingers two friends cut off Dusty’s antenna – he goes way off course and almost runs out of fuel until he ends up on a US aircraft carrier where they refuel and repair him. He finds out that Skipper isn’t as big a war hero as he had thought and had only been out on one mission. He’s way off course but heads out into a storm and crashes into the ocean. A rescue team pulls him up and takes him to Mexico where Dottie, Chug, and Skipper are there to meet him. He finds out that skipper took his warplane crew out on their first mission and they were all killed – he’s refused to fly since then. 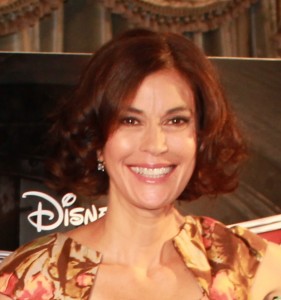 Dottie looks Dusty over and he is too broken up to fly the last leg of the race. El Chucacabra and the other planes then come by and each lend Dusty some parts so he can be rebuilt for the last leg – including Ishana who gives him the propeller she had gotten for betraying him. Dottie has a talk with Dusty about how she didn’t want him to race, but how she’s happy he didn’t listen to her.

The officials agree to allow Dusty to fly even though he didn’t finish the last leg since his antenna had been broken off but he has to start with a penalty and is way behind. He races through and slowly moves up past all the planes except for Ripslinger and his 2 friends. They try to make Dusty crash, but Skipper shows up flying to help him. They get the other two planes stuck between some rocks and then it’s a sprint to the finish between Dusty and Ripslinger. It’s close, but Ripslinger is just a faster plane and pulls ahead. Dusty realizes the only way he will get ahead is to go high and get some strong tailwinds. He overcomes his fear of heights and goes up, catching up to Ripslinger. He pulls back down near the finish line and comes around Ripslinger as Ripslinger lifts his wing for a good picture just before the finish – and Dusty wins. Then everyone celebrates the underdog winning (including a very funny German car-plane with multiple personalities who pops up a couple of times in the movie).
It ends with Dusty and Skipper going out to the aircraft carrier for some fun.

We asked the kids whether they preferred Planes to Cars and they said that Cars was better but only slightly better but I guess this is because they have watched it already over 2000 times. The 7 year old kids thought that the movie is suitable for kids aged 3+ as some toddlers got scared during the screening when Dusty fell into the ocean and seemed drowning.

The voice cast includes Dane Cook, Brad Garrett, Teri Hatcher, John Cleese, Priyanka Chopra, Anthony Edwards, Val Kilmer and David “Crofty” Croft. Barney’s vocal talents will be used in an action packed scene which sees him commentating on one of Dusty’s nail biting races. Barney’s recording was filmed as part of an episode of Blue Peter which can be seen on CBBC next month.

This entry was posted on Wednesday, August 7th, 2013 at 8:00 am and is filed under Movies, Tested & Recommended. You can follow any responses to this entry through the RSS 2.0 feed. You can leave a response, or trackback from your own site.