Finally an intelligent app for kids on the go – A mobile app that will make a mum’s life easier this summer – and more fun! London Mums have tested it and highly recommended it!

Children across the UK (and beyond) can now entertain themselves during car journeys, flights and on downtimes this summer holidays while learning life skills at the touch of a button, as The Pickled Onion Gang releases its first educational mobile app. The Pickled Onion Gang, which has been released on iTunes, is meant to be both fun and educational. Aimed at children aged 4 – 9, the app is specifically designed to make parents and children work and play together while developing of a few basic skills. 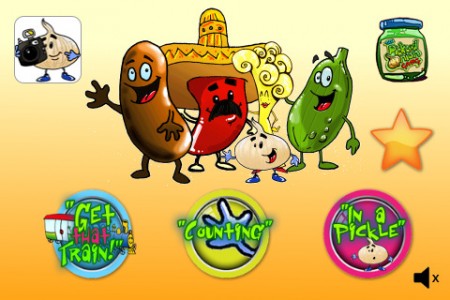 It is low volume and non-intrusive, ideal for passing a car journey or else keeping children contently occupied for a length of time.
Priced at 59p, the app is packed with facts about trains, UK geography, interactive features, quizzes and games, bringing train journeys to life. It is available for download on the iPod touch, iPhone and is compatible with the iPad.

Paul Robinson, Managing Director of SDM Limited said: “Educational apps are fast becoming one of the most important learning platforms in the 21st century. Not only they deliver interesting and relevant content at the touch of a button, but they are also great ways of keeping children engaged while they explore new topics and subjects.”

“The Pickled Onion Gang app is done with elementary but fun graphics to liven up all the screens. There is a lot of motivation to get gold stars throughout each game, and a collection of gold stars to complete. Some apps are fun, some are educational; we are aiming for this to be both.”

The Pickled Onion Gang is the first in a series of informative and educational mobile apps developed by SDM Limited. The app is linked to a blog and website where the characters come alive and interact with the young audience. It can be downloaded from http://www.pickledoniongang.com or via the iTunes store. 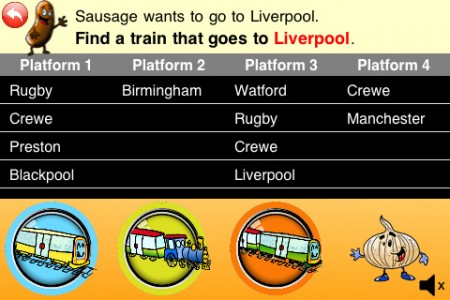 1. The “Get that train” quiz improves reading skills by presenting the child a word that has to be recognised within the list of stations.

2. “Counting” develops elementary counting skills through requiring the child to count each time he sees a given station from within a list.

3. “In a pickle” develops kids’ ability to process information, problem solving, and make decisions. The gang are left in a stew and it’s up to the child to sort them out.

4. The stations are organised into regions, and so the children also pick up an idea of geography in terms of where various places are within the UK. Computer skills are improved as the child makes their way around the various screens.

About Dadpreneur Paul Robinson (creator of this app):

Busy dadpreneur Paul Robinson got the idea of the Pickled Onion Gang when he made up a story for his 4 year son Joe. Like most kids, he loved trains and the stories always revolved around a train journey to the seaside that he went on with the gang. The various members of the gang always wanted to jump on board the first train they saw, but it was up to Joe to keep them on track.

It occurred to Paul that there was an educational element to this. How do you work out which train to get, and what happens if you do get into trouble by taking the wrong train? It seemed to Paul that you could put the essence of this into an App and make it both educational and entertaining.

Very young children pick up technology quickly, and Joe was no exception. However, it’s usually the garish, noisy games that attract them and Paul wanted this to be a bit less disruptive to adults. The Pickled Onion Gang was designed to be more subtle than the usual App and is aimed at keeping the kids engaged and quiet whilst on a car journey, while parents are chatting to friends or while waiting at the station for a train!

This entry was posted on Friday, June 17th, 2011 at 4:42 pm and is filed under Blog, Tested & Recommended, Travel with kids. You can follow any responses to this entry through the RSS 2.0 feed. You can leave a response, or trackback from your own site.