Disney’s ZOOTROPOLIS in without doubt the best Disney film in the last 30 years and deserves an Oscar for best animated feature.

This week Disney’s ZOOTROPOLIS continues its global domination at the box office with an impressive new result – topping the UK weekend box office on its third week of release. The comedy caper about a modern mammal metropolis – which continues to delight kids and adults alike – out performed both the reigning number one film Batman v Superman and new opener The Huntsman over the weekend to take £2.36m during its third weekend on release, bringing its total UK box office takings to date to £18.6m. 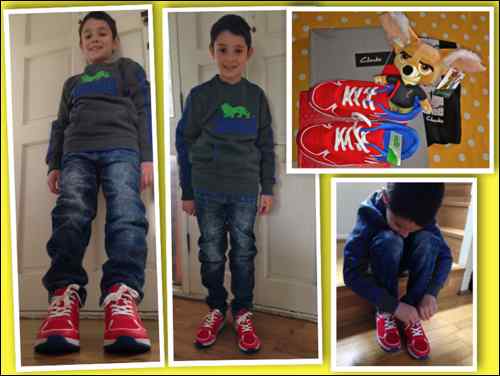 Unsurprisingly any merchandising  linked with this movie will do well. Clarks shoes are no exception. My 9 year old son Diego and I love the latest fashionable range of sports trainers by the British brand founded in Street, Somerset by the Clark family in 1825.  It is fantastic that with every full price kids purchase, Clarks is giving away Zootropolis dollars. Kids will be able to use this to claim their free digital Disney Infinity 3.0 Zootropolis character on Android or iOS, as well as receiving 10% off in Disney Stores and Disney.co.uk. 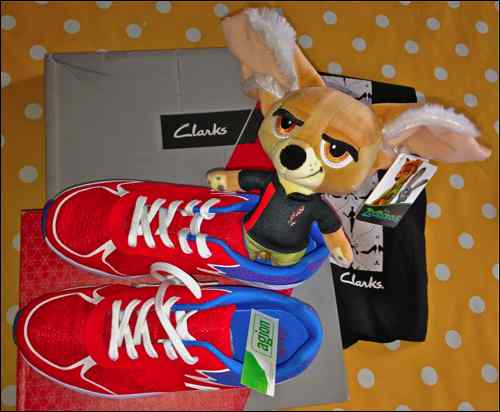 Diego, who is a big fan of Zootropolis like his mummy, has chosen these stunning Adven Go Jnr Red Combi Boys Sports Shoes by Clarks which came with a Zootropolis soft plush of Finnick – read below why we love this character. I have to agree with him that these shoes are not just normal trainers. 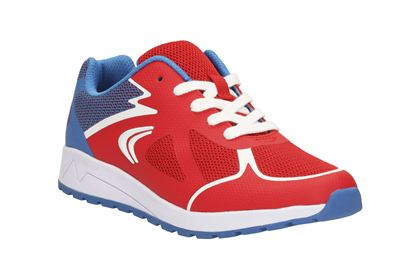 First of all they are extremely lightweight and great for running around. Diego loves their fresh sporty look. For mums Adven Go Jnr are excellent as they’re machine washable so they’ll stay looking new even after the extreme test of Diego’s running in the mud this Spring. 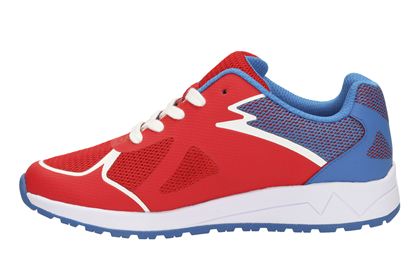 These shoes incorporate a special technology called Agion that was developed by Clarks to eliminate odours from bacteria and fungal growth on the footbed (fabric, textile – whichever best fits). Eliminating odour causing bacteria, these sports footwear for kids are perfect for active kids like Diego and keep the feet fresh and not too smelly. 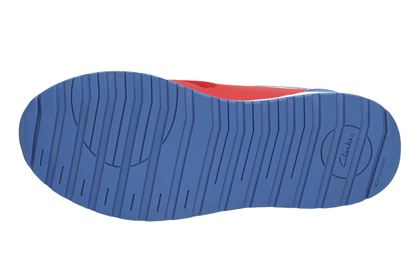 The padded collars are added for extra comfort, while the turquoise colour pops and contrasting silver panels provide a touch of shimmer and add fun to everyday outfits.

As a mum, I am pleased Diego has chosen these Clarks shoes because I personally know that they are durable and comfortable. I own several Clarks shoes myself from sporty to elegant shoes and I am always wearing them when I need to be comfortable for many hours. They might not be the coolest looking shoes in the world for adults but they certainly treat my feet well for a long time.

The new kids’ range has a cool design while being incorporating the new technology to take care of little feet.

Why we love Finnick from Zootropolis

Finnick is Nick Wilde’s partner in crime, a tiny fennec fox who uses his tiny size to pretend he is an infant – with the deep gangster voice of Tommy ‘Tiny’ Lister. Despite being an angry guy, he ends up laughing his butt off when Nick gets completely outsmarted by Judy. He frequently threatens people, but it’s never shown doing any of these things. He is  relegated by Nick to playing a baby despite being in at least in his 30’s, thanks to his height. He looks very cute when he dresses up like an elephant as part of Nick’s scam. Judy  is touched when she sees him pretending to be Nick’s son, who loves elephants and dreams to become one when he grows up.

If you haven’t seen Zootropolis yet, read London Mums’ ten reasons why you should watch it more than once.

If you want to read more about Zootropolis, here are London Mums’ exclusive features about this Disney masterpiece: 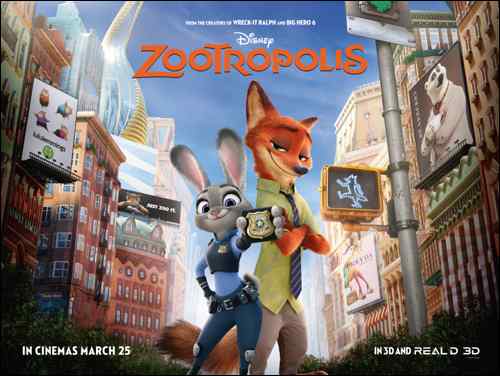 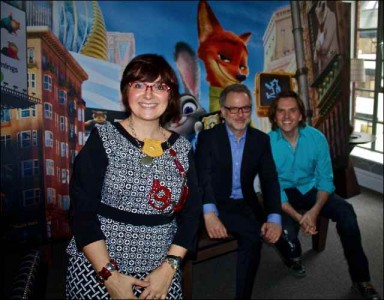 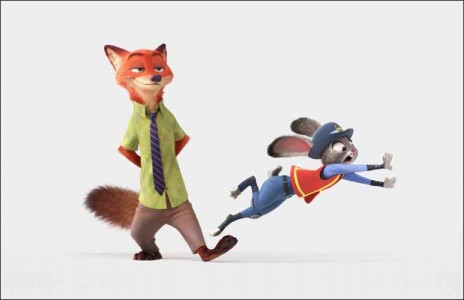 This entry was posted on Tuesday, April 12th, 2016 at 1:05 pm and is filed under Product reviews. You can follow any responses to this entry through the RSS 2.0 feed. Both comments and pings are currently closed.