Finally I have managed to get hold of a LEGO® Star Wars Advent Calendar, the most popular calendar ever made. This year it is even more special than ever. In fact the 2017 series is a sustainable advent calendar, which aims to save around a million plastic trays from landfills this year. The Star Wars Advent Calendar will be one to keep because the trays can be recycled along with the box. Meantime we will be enjoying opening each of the 24 compartments of the tray for each day leading up to Christmas from today. In every tray there’s a small LEGO Star Wars model which will also be fun to play with in the lead up to the latest movie Star Wars: The Last Jedi  being released on 14th December. 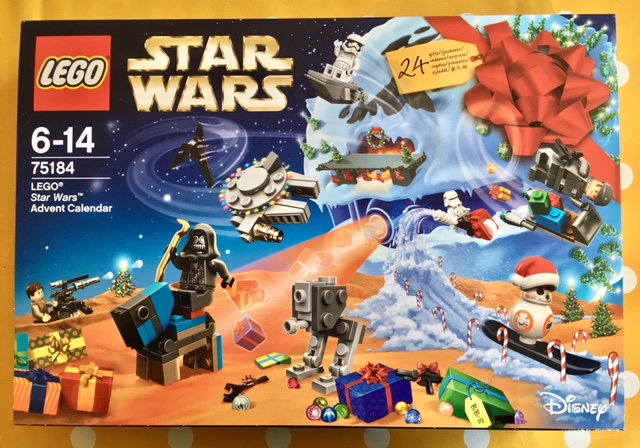 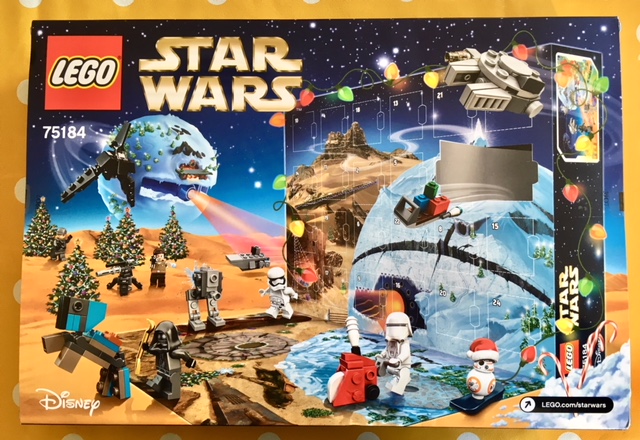 Containing a different LEGO toy for each day, the trays are made from 100% Forest Stewardship Council (FSC) certified paper, and can be recycled along with the box. The empty trays can also be used for a whole host of arts and craft ideas. 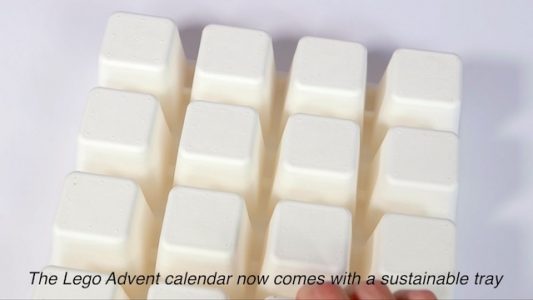 I love the fact that LEGO is taking a chance and going the environmentally friendly route with one of their most popular products. But it is worth it. The paper pulp tray is being phased in during 2017 and be available in approximately 60% of advent calendars. 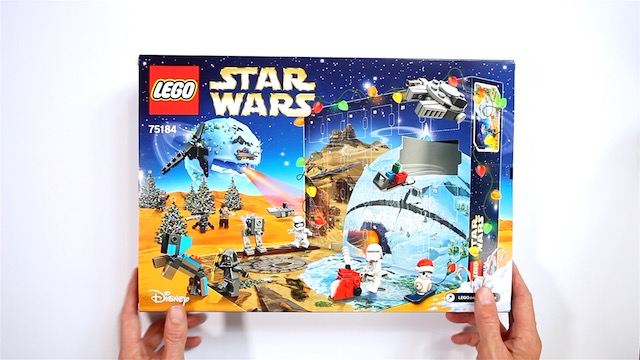 I am sure parents like me who are concerned about the environment and want to educate their children to living green will support this initiative. 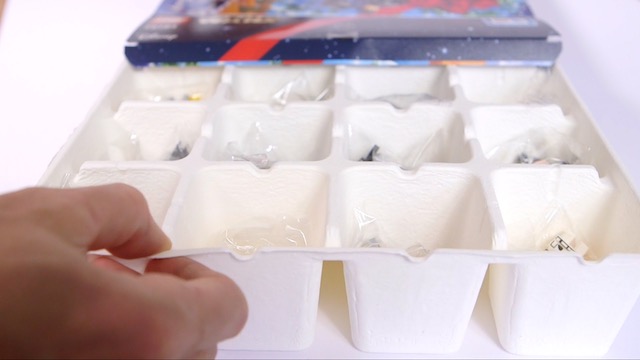 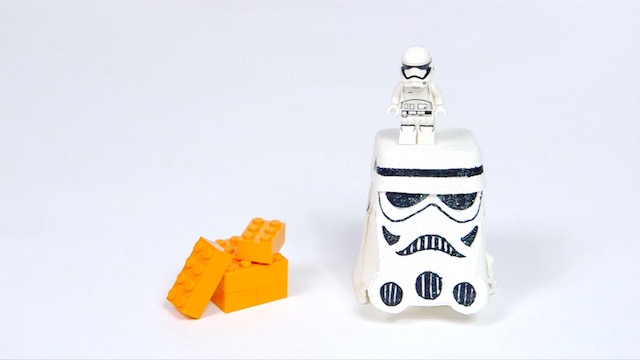 There’s a great video for inspiration. 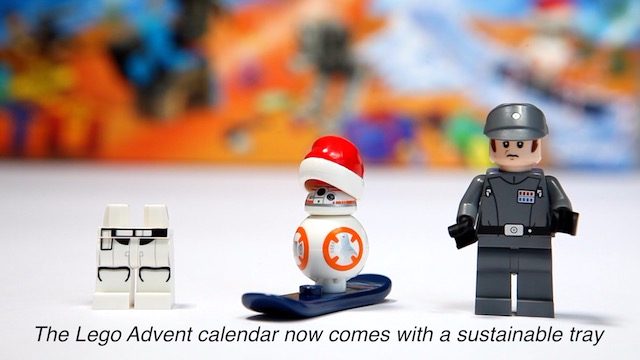 The little trays can be also used to create a Christmas scene around the Nativity or even to fill them with soil and grow plants. 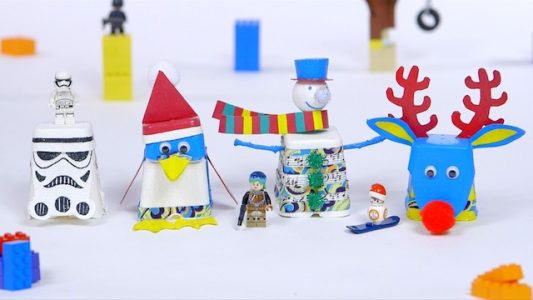 This short film inspires children (and adults alike) to repurpose their new sustainable tray into something entirely different – allowing it to live on beyond the holiday season. 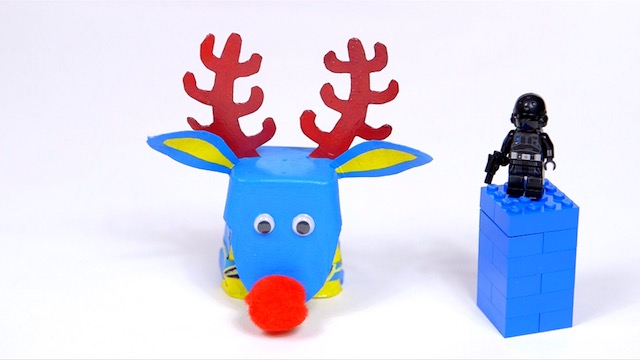 It demonstrates how the paper tray can easily be reused by bringing to life how to create a Christmas scene leaving Mum and Dad uninterrupted time to attend to the turkey. 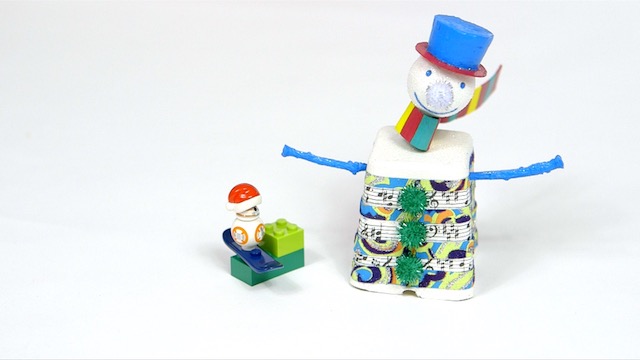 Here is a step by step guide to turning your tray into a penguin. 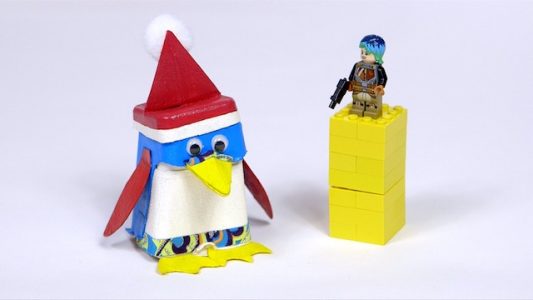 How to Create a Christmas Penguin from your LEGO Advent Calendar

Step 2: Take out the sustainable tray

Step 3: Cut off cup using a pair of scissors

Step 4: Remove base of cup by cutting around with a pair of scissors 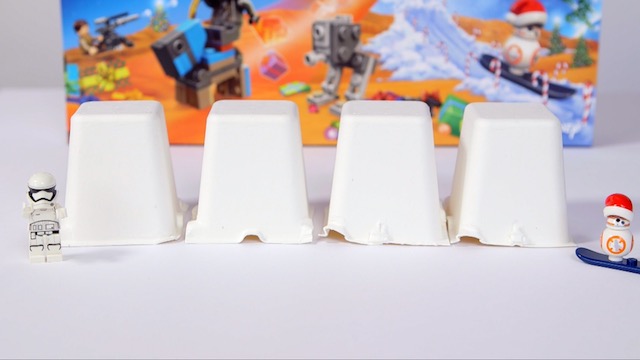 Step 5: Draw a chest shape on one side of the cup using a pencil

Step 7: Paint cup black on all sides, apart from the chest shape you have drawn out.

Step 9: Draw out a triangle beak and jagged feet

Step 10: Cut out the beak and feet

Step 11: Take some googly eyes and stick on black part of cup on top of white chest

Step 12: Stick on the orange triangular nose just below the eyes

Step 13: Glue on the feet to the inside of the bottom of the cup, so feet stick out. 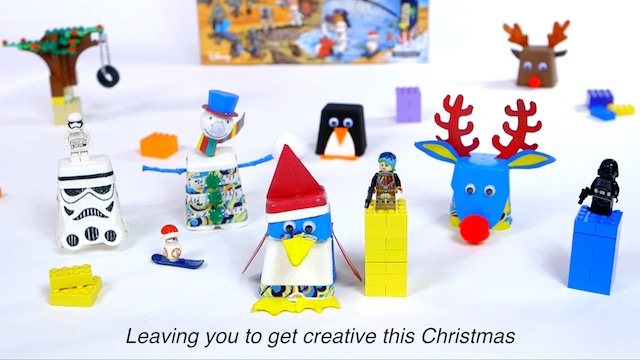 If you enjoyed this feature check out other product reviews by London Mums here.

This entry was posted on Friday, December 1st, 2017 at 3:02 pm and is filed under Product reviews. You can follow any responses to this entry through the RSS 2.0 feed. Both comments and pings are currently closed.