23 April 2014 marked the 450th anniversary of Shakespeare’s birth and we pay tribute to Britain’s most famous playwright and poet by listing some of modern Shakespeare-themed stories and adaptations in books and movies. 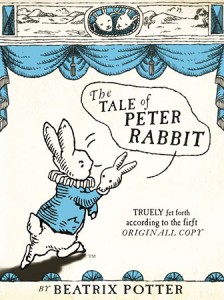 To celebrate the 450th anniversary of Shakespeare’s birth, two British literary legends – Peter Rabbit  and William Shakespeare – from across the spectrum collide in this special edition of The Tale of Peter Rabbit, featuring a cover design inspired by the Bard. Beatrix Potter was a great fan of Shakespeare’s plays, committing many of them to memory, and his influence can be seen in her much-loved children’s books. A celebration of the rich literary heritage of this sceptred isle. This book is a must for enthusiasts of the playwright and the rabbit alike. 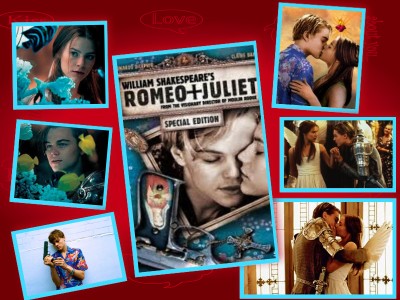 I watched this modern version of Romeo and Juliet newly added to Netflix. The film stars Leonardo DiCaprio and Claire Danes in the leading roles. It is one of Leonardo di Caprio’s earliest performances. You can already tell the boy has lots of talent. The same can be told of Clare Danes who also many years later landed the co-starring role at Homeland TV series. They both won many awards for their performances in this movie and became super stars overnight.

The bard’s dialogue remains intact in this modern take on William Shakespeare’s tragedy, as the children of two feuding families are drawn together.

The film is visually stunning with great photography but it is too violent to be watched by children under the age of 17. There are lots of explicit references to prostitution, guns, teen sex and gang violence. It may be difficult to follow due to the Shakespearean language but it is surely the best modern adaptation of a Shakespeare’s play. 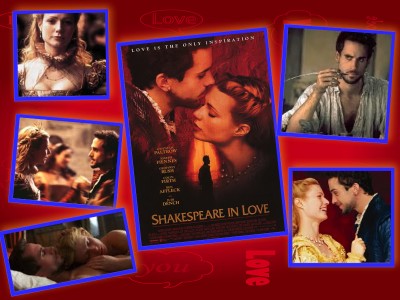 This film is also not suitable for young children’s viewing due to some explicit sex scenes and references. It is suitable from 15+ years old.

A young Shakespeare, out of ideas and short of cash, meets his ideal woman and is inspired to write one of his most famous plays. The young Bard has writer’s block so he accepts a deal with Henslowe, desperate as he is to clear his debts, by running his new comedy, “Romeo and Ethel, the Pirate’s Daughter” at the Rose. The problem is, “Romeo” has no lines and Shakespeare cannot write anything for him lacking inspiration. Meantime, Lady Viola (Gwyneth Paltrow), who is a passionate theatre-goer – this was a scandal for a woman in those days – admires Shakespeare’s work and has a crush on him too. Her father has arranged her marriage to a man and needs to go to a Virginia tobacco plantation. She dresses as a boy and gets the part of Romeo in Shakespeare’s play. Then the Bard finds out about it but goes along with it, so he can keep the romance with his muse going.

This movie has become a new classic in modern Shakespeare-themed stories and adaptations. Great casting and acting.

This entry was posted on Wednesday, June 4th, 2014 at 12:10 pm and is filed under Product reviews. You can follow any responses to this entry through the RSS 2.0 feed. You can leave a response, or trackback from your own site.