Nat King Cole, one of the most identifiable and memorable voices of the 20th century, was my father’s favourite musician so every time I listen to one of his classic tunes, I think of my dad who prematurely passed 19 years ago in December. Christmas has never been a joyful moment for me since, but listening to Nat King Cole brings back happy memories. I was really happy to get new album A Sentimental Christmas released by Decca Records featuring Nat King Cole and friends including duets with John Legend, Gloria Estefan, Kristin Chenoweth, Calum Scott and more. This is a wonderful Christmas present for me. 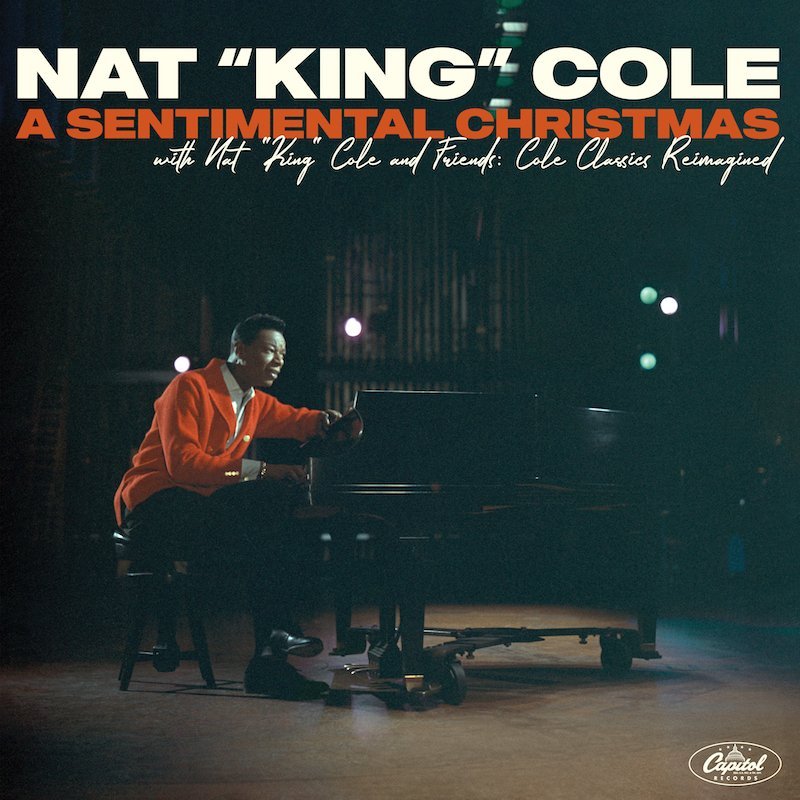 The album’s lead single, The Christmas Song (Chestnuts Roasting on an Open Fire), a virtual duet with 12x GRAMMY® Award-winner John Legend, is already at all DSPs. Listen (and buy) from here. First recorded by Cole in 1946, this year marks the 75th anniversary of the beloved holiday classic.

Watch/Share: “The Christmas Song (Chestnuts Roasting on An Open Fire)”

The Christmas song also reminds me of my father who roasted chestnuts all the time over the winter. I will treasure these memories and Nat King Cole is like a time machine.

“The Christmas Song (Merry Christmas to You)” is a classic Christmas song written by Mel Tormé and Bob Wells in 1944 and was first recorded by The King Cole Trio in 1946. The song was recorded again in stereophonic version with a full orchestra conducted by Ralph Carmichael using the same arrangement for Nat King Cole’s The Christmas Song album in 1961.

Co-produced by Jay Landers and GRAMMY® Award winner and Oscar nominee Jorge Calandrelli, who also arranged and conducted, the album’s material was sourced from Nat King Cole’s timeless album, The Christmas Song, and other recordings from his esteemed catalogue. The album was co-produced, mixed, and mastered by multi-GRAMMY-winning engineer and mixer Dave Reitzas (Natalie Cole, Whitney Houston, Celine Dion). Reitzas was responsible for mixing the historic Grammy®-winning virtual duet, Unforgettable, by Natalie and Nat King Cole.

Born in Montgomery, Alabama, in 1919, Nathaniel Adams Coles aka Nat King Cole was one of four sons of the First Baptist Church’s pastor Edward Coles. Nat’s mother, Perlina Coles, a choir director at the church, taught him piano at four. In 1921, the family moved to Chicago, seeking a better life in the prospering towns of the north. Nat became obsessed with the inescapable sound of Chicago jazz. Mastering the piano at a young age was central to his artistic development. Cole developed his style as a teenager adding in his own flair for the blues. His unique playing style and sultry baritone voice were fully formed when he worked his way from Chicago to Los Angeles.

Signed to Capitol Records in 1943, Cole released his initial album as the lead vocalist of The King Cole Trio in 1945, at the dawn of the LP format, and topped Billboard’s inaugural album chart. In his brief 20-year career, he recorded more than 150 singles that reached Billboard’s pop, R&B, and country charts and sold more than 50 million records. His phenomenal success led to Capitol’s iconic round building on Vine Street in Hollywood to be known as The House That Nat Built. Cole’s impressive catalogue has since garnered six platinum and two gold album awards, with six-times RIAA- platinum-certified The Christmas Song initially released in September 1964.

In addition to his recognition as a musical trailblazer, Cole is also recognised as a champion for civil rights. The revolutionary American singer’s impact continues across the world’s cultural and political landscape. In 1946, he broadcasted a 15-minute national radio program, King Cole Trio Time, the first of its kind to be hosted by an African American musician. In 1956, he became the first African American to host his own national network television show, The Nat King Cole Show. In addition to his warm and welcoming stage personality, Cole was a featured actor in films including China Gate and the Oscar-winning Cat Ballou.

The release is featured on CD, vinyl, and all digital formats and is now available here or from Amazon.

This entry was posted on Friday, December 3rd, 2021 at 2:00 pm and is filed under Product reviews. You can follow any responses to this entry through the RSS 2.0 feed. Both comments and pings are currently closed.