Thinking of getting more Gadgets for Christmas? There’s an image going viral through the social media of a teens’ backpack from the 1980s compared to today that caught my attention. It visualises a piece of research that looks at how youngsters now spend their pocket money these days on ‘must have’ tech items. The study reveals that pre-teens get almost 77% more in pocket-money than their parents and their changing tech tastes.

Image 1 – Deconstructed 1980s backpack to highlight the key items that used to be packed by pre-teens. Sweets were the most common item (28.3%), followed shortly by notebooks (23.7%), and then magazines (21.6%). Image 2 – Deconstructed present-day backpack to highlight the key items packed by the modern pre-teen. Unsurprisingly, tech is now a crucial part of the modern backpack – 23.6% of pre-teens carry a mobile phone every day.

In the 80s we did not have any technology in our bags unless you want to call a Rubik cube a techie toy. Comparative backpacks from the 1980s and 2016 show the changing nature of a pre-teen backpack, and most notably the rise in tech, with nearly a quarter (23.6%) of pre-teens now bringing a mobile to school.  According to research, commissioned by British consumer electronics brand Alba, exclusive to Argos, ‘tweenagers’ are rejecting TV for tablets and other mobile devices, as they become the most mobile-centric generation we’ve ever seen.

The average pre-teen in the UK gets an allowance of £295.36 per year – 77 % more than what their own parents once pocketed. The tech-savvy group spend a third of their cold hard cash on ‘must-have’ tech, including digital music players, headphones, mobiles and tablets.

With mobile phones crowned the most coveted item of tech for pre-teens and the most common item inhabiting a child’s school backpack (45%) – surpassing even notebooks (15%).
The study of over 1,000 UK parents with children aged 7 and over has found that the days of tweens being glued to the TV are over, as interest shifts considerably to smaller and smaller screens. So much so, that demand among this group for tablets is three times higher than for TVs, with tweens instead using the devices to consume traditional media, such as TV shows, play interactive and educational games, and engage with friends online.

I  clearly remember watching TV animations after finishing my homework during winter afternoons into early evenings because in the Summer we spent time outdoor. TV was certainly the most fascinating piece of technology as we did not have home computers or tablets and we were still far from having mobile phones. Times were very different then. I look back with nostalgia but I am a bit geeky so I don’t dislike tech at all.

In fact, my household is now full of gadgets and my family and I are all avid consumers of portable technology. My favourite ones being the iPhone, followed by a MacBook Pro laptop, iPad, and portable DVD. There’s a new entry in my top gadgets’ list: the vinyl record player. There’s nothing better than a Dansette to bring back the old times. I found myself dancing away and singing as there was no tomorrow at the crackling sound of old records (including hits from the 80s, Fame, the great western film themes, Johnny Cash, Perry Como, The Platters). 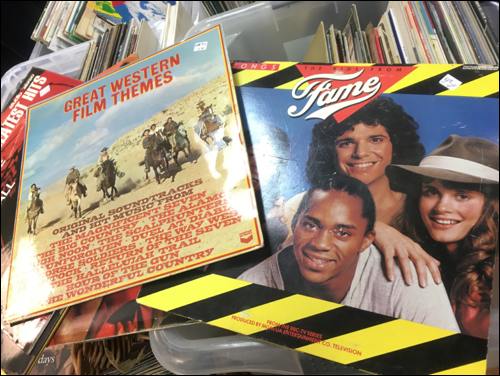 Here are all my favourite gadgets for Christmas.

As a girl grown up in the 70s and 80s I have lots of vinyl records of my favourite bands so much so that my mum has been asking me for years to dispose of my ‘ugly’ looking Scorpions 33 LPs. Now the time has come to get them back on with all their cracking sound from the pre-CD era. Back in the day, every household used to kick it with the Dansette record player. Now the great news is that Crosley has taken the torch and created the Dansette Junior, a two-speed turntable with built-in full-range speakers and blasting vintage-inspired style. I am having the time of my life spinning my classic vinyl, popping any device into the auxiliary input, and dancing with this mad, mod turntable. 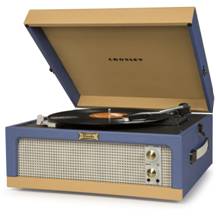 You can only understand the pleasure of doing it if you have grown up in the 80s. The gorgeous soft pastel tones and vintage styling of this gadget makes this a brilliant gift. Available to buy from eBay for £219.99. It sounds pricey but it’s totally worth if you were on a mission to save the old vinyl. Plus it’s priceless pleasure to hear the crackling sound of good old 33 LPs. Even my 10 year old son Diego is loving the old style music especially the part where he gets to put on the record. 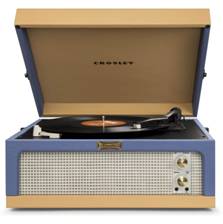 In the 1960s, Dansette players could be found in almost every household. Now it’s back with modern twists.

Whether you like to admit it or not, Vinyl is the best way to listen to music because  the ritual of putting the needle to the groove takes some effort and attention, so it is guaranteed that you will focus more on what you’re listening the way the artist probably intended.

Take a look at the Dansette Junior in action! Believe me it’s a priceless sensation. Definitely the best Christmas present for someone grown up with 33 LPs. 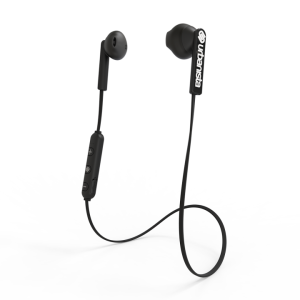 Along with my music playing devices I need decent earphones, another gadget that gets broken quite easily down to the fact that the wires tangle and chips. Bluetooth earphones can really make the difference and save some money. My favourite ones are the Berlin model by Urbanista, specially developed for those who seek a sleek design and comfortable fit. What I love about Berlin is its unique construction with soft silicon earbuds and a flat cable which gives you an ergonomic and tangle free fit. The earphones offer a playtime of up to 4 hours and the hands-free with microphone allows you to take phone calls without picking up your phone. Whether you run between meetings, relax in an airplane or commute on a crowded bus, Berlin is my everyday companion. Easy to bring, easy to use and easy to enjoy! RRP £39.00

Storage on the go 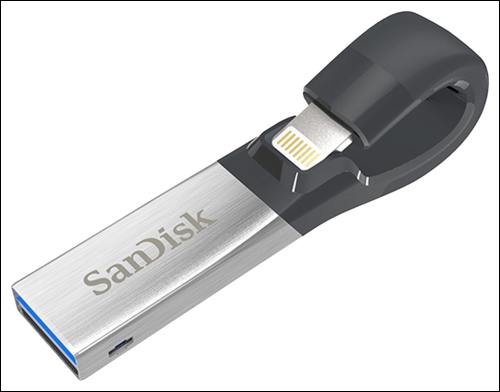 This memory stick for my iPhone SE and my iPad is certainly the most invaluable gadget this year as I can store films to watch on the go as well as my music library.  It’s so easy to use it does not require any instructions. Just plug it in and save there your mp3s or movies. The best £89.99 spent in gadgets for Christmas. Available from Amazon.co.uk

It comes packed with a quad-core processor, 7” IPS display, front- and rear-facing cameras, up to 128GB of expandable storage, and delivers a world-class entertainment experience, with access to over 38 million songs, movies, TV shows, books, apps, and games. Fire also comes with exclusive features like X-Ray, ASAP, and Second Screen, and is great for watching movies, playing games, reading books, listening to music. RRP £49.99 Available from Amazon.co.uk

Tags:  Christmas Christmas gifts gadgets product reviews
This entry was posted on Monday, December 19th, 2016 at 11:01 am and is filed under Product reviews. You can follow any responses to this entry through the RSS 2.0 feed. Both comments and pings are currently closed.