Zombies: A music and dance-filled movie for 2018! London Mums go behind the scenes of the latest Disney flick

Zombies is a music and dance-filled movie coming soon to Disney Channel! To celebrate the release of the action packed DCOM, London Mums chat to the film’s stars about the eye-popping choreography, acrobatic cheer moves and the pop and hip-hop soundtrack to their joyous new film. In typical Disney-style the songs are catchy and will stick in your memory and the storyline encourages teenagers to accept diversity (Zombies are a metaphor for diversity). I love it and hope my young (as well as young-at-heart) readers will enjoy this chat and the movie that premieres on Disney Channel and DisneyLife on 23rd March at 6pm. 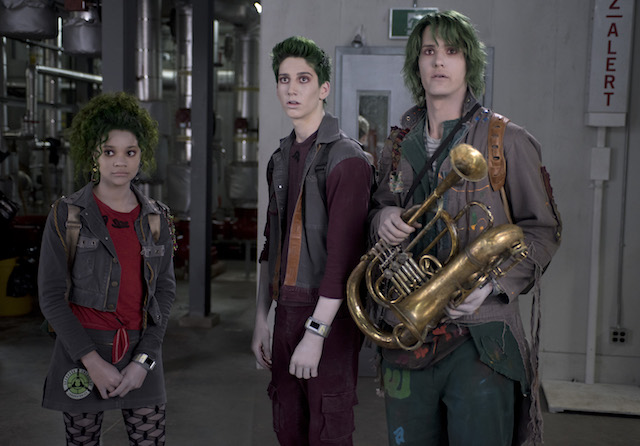 MILO MANHEIM: “MUSIC IS EVERYTHING!” 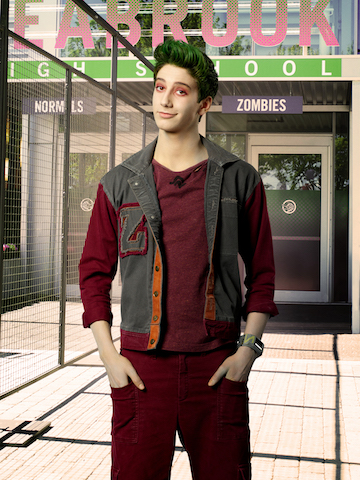 What does music mean to you, Milo?

“Music means everything to me. Music changes your emotions. Whenever you listen to something, it can make your day. Really, it’s everything. If you try watching a movie without any music, it’s nowhere near as good. It doesn’t even make sense. Music is everything!”

When did you discover you could sing?

“I feel like I’ve stumbled into singing. I didn’t think musicals were my calling, but I was told I could sing and I completely fell in love with it. Now, I love it so much.”

How much music can we expect in your exciting new movie, Zombies?

“How much music? A lot! You can expect tons and tons of good music in Zombies. There’s a lot of great music that will get you dancing and singing along for sure.” 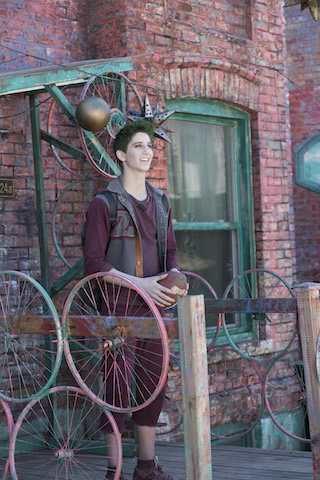 How would you describe the music of the movie?

“There’s a little bit of everything in the movie. There are songs that will make you want to dance. There are tracks that you’ll want to jam out to. There are love songs and there are crazy party songs. There are intense cheerleading songs, too. It’s got everything.”

What’s your favourite song in Zombies?

“My favourite song in the movie is probably a track called My Year, which you can hear at the beginning of the movie. It was a lot of fun to shoot those scenes. My Year opens up the story of Zombies in a really great way.”

What music were you listening to behind the scenes?

“Personally, I was listening to a lot of Drake. We were shooting Zombies in Toronto and that’s his home town, so it was perfect. I also listened to a lot of Kendrick Lamar and The Beatles. I’m into a very wide variety of music!”

Zombies has been described as maybe a scarier version of High School Musical. Do you agree?

“Well, it’s not really scary. I know there are zombies in the story, but these zombies aren’t scary. It’s more of a zombie-themed High School Musical. How about that?”

How many epic dance numbers can we expect to see in Zombies?

“There are countless epic dance numbers! I think audiences will be pleasantly surprised; especially with a song called BAMM. It took more than a week to shoot the scenes for that song in particular. It’s epic.” 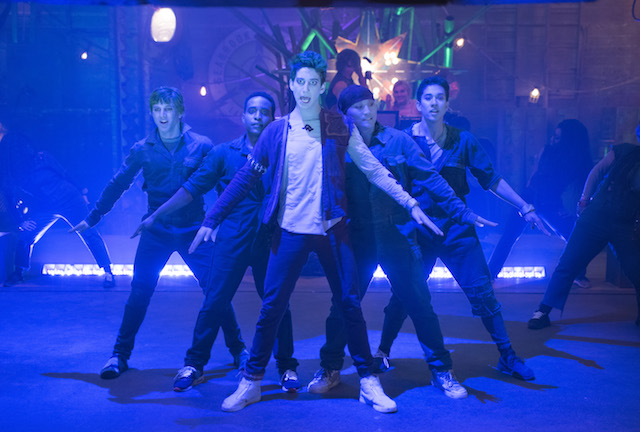 Did you have weeks and weeks of dance rehearsals before the cameras started to roll?

“Yes, we did. We would spend about a week working on each song in the movie – but as the week progressed, the choreography would change. The first routine we had for one of the songs is nowhere near the final routine we had for it. We were always working to make it better.”

“I’m not a dancer at all, but I always feel like people are doing better than they imagine they are doing. Dancing is something I learned to do for this movie, so my tip is to practice hard and keep on trying. If you say you can’t do it, it’s going to be impossible to improve. Just believe in yourself and go for it.” 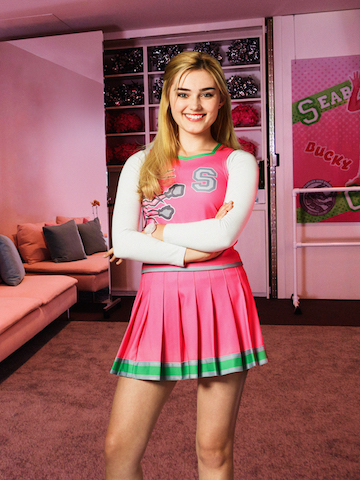 What does music mean to you, Meg?

“I absolutely love music. I feel like music is my safe haven. Every time I put on my headphones and listen to music, I go into a different world. That’s my place to relax and have fun.”

When did you discover you could sing?

“When I was little, I went to a musical theatre programme called Annie’s Playhouse in New Jersey. I was only five years old and I did it as a hobby, but an agent came to one of the shows and liked my voice. My mum was told, “We want to sign your daughter. She has a good voice.” That’s where it started for me. It all started as a hobby!” 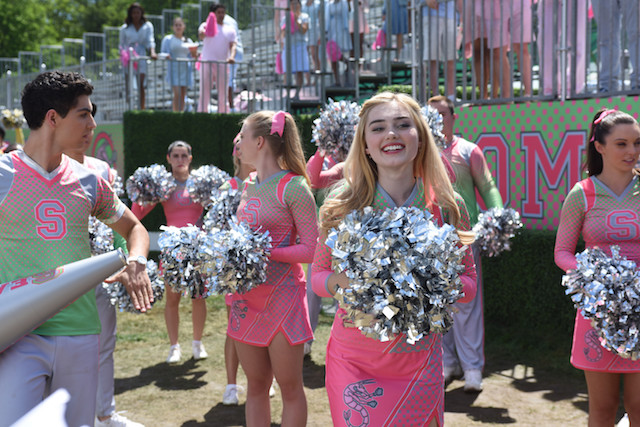 How much music can we expect in your exciting new movie Zombies?

“There are lots of songs in Zombies. There’s a lot of music! The songs are really catchy and they are all a really good length, too. I think everyone’s going to love them.”

How would you describe the music of the movie?

What’s your favourite song in Zombies?

“There’s a love duet called Some Day, which is really sweet. There’s also a solo song that my character, Addison, sings. It’s called Stand and it was so much fun to record.” 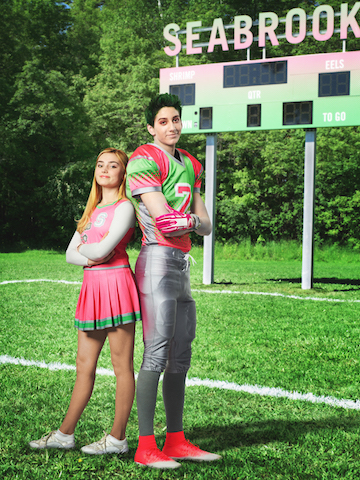 What music were you listening to behind the scenes?

“I was listening to a lot of rap when we were shooting Zombies. At home, rap is what I listen to the most, so I love artists like Tupac and Biggie. I’m also into 90s alternative music, so I’m always listening to acts like Pearl Jam, Neil Young and the Grateful Dead.”

Zombies has been described as a scary High School Musical. Do you agree?

“The movie is set in a high school. There’s music. There are dance numbers. There’s a love story. Plus, there are zombies – but these zombies aren’t scary. You won’t be scared watching Zombies. You’ll be blown away!”

How many epic dance numbers can we expect to see in Zombies?

“You can expect to see a lot of dance numbers. Every song is basically an amazing dance number – although a track called BAMM is probably the most epic. It’s insane! The lighting, the stage, the dancing and the song comes together amazingly well in BAMM. In total, it took a week and a half to record, so that should give you an idea of how crazy it will look. I’m really excited for audiences to see that one.” 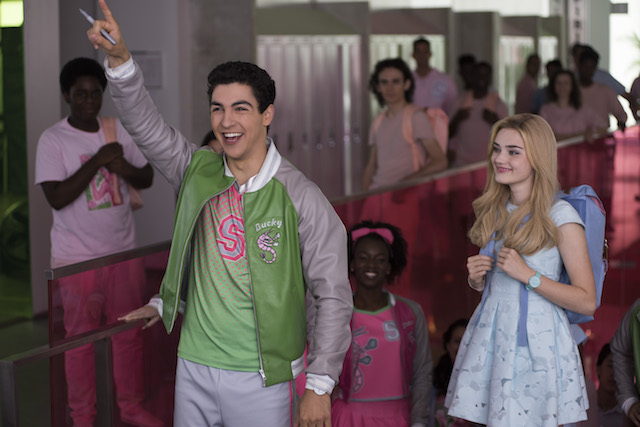 Did you have weeks and weeks of dance rehearsals before the cameras started to roll?

“We had four weeks of rehearsal for choreography and music. At first, I was terrified. I was really scared because there were lots of professional dancers in the group. But after a while, everyone became like a family, so we got used to working together. In the end, it was easy to pick up chorography. I loved it.”

“When you’re dancing, you shouldn’t worry about choreography. Just be yourself and let yourself go. If you mess it up, don’t worry. Just have fun!”

Catch the UK premiere of Zombies on Disney Channel and DisneyLife on 23rd March at 6pm.

Our latest magazine can be downloaded from here https://londonmumsmagazine.com/magazine/

This entry was posted on Thursday, March 22nd, 2018 at 11:46 am and is filed under Movies. You can follow any responses to this entry through the RSS 2.0 feed. Both comments and pings are currently closed.