Win 1 of 3 copies of Disney’s The Lion King soundtrack courtesy of Universal Music.

The Hans Zimmer produced top #10 soundtrack to Disney’s massive film of the summer The Lion King features superstars including Beyonce and Elton John, with Pharrell Williams on production and Donald Glover featuring alongside Beyonce on a new version of the classic Can You Feel The Love Tonight. We have 3 copies of Disney’s The Lion King soundtrack to giveaway courtesy of Universal Music. Find out why London Mums love this movie so much in the review here. 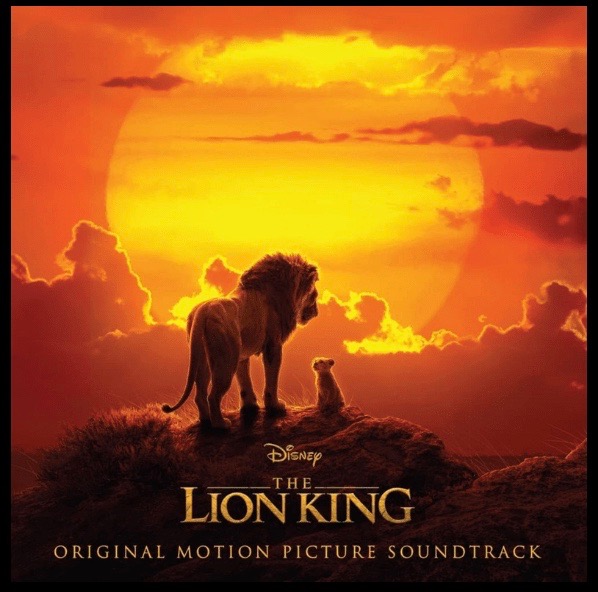 The Lion King – the Jon Favreau helmed feature film that brings treasured characters to the big screen in a whole new way – opens in the UK on July 19th. The Original Motion Picture Soundtrack is released on physical formats on the same day through UMC.

Like the original 1994 version the film features unforgettable music by an award winning team including Elton John and Oscar and Tim Rice, who’ve written the new uplifting song Never Too Late. The track features an African choir and will appear in the film’s end credits. A second new track – Spirit – is performed by Beyonce, with co-writing and production credits shared by her, Ilya Salmanzadeh and Labrinth. Donald Glover appears with Beyonce on a new recording of Can You Feel The Love Tonight, and all score is composed by Hans Zimmer. Singer, songwriter and producer Pharrell Williams produces five songs on the soundtrack, and African vocal and choir arrangements are by GRAMMY winning South African producer and composer Lebo M (Rhythm of the Pride Lands).

For your chance to win your copy of Disney’s The Lion King soundtrack, please subscribe to one of the London Mums social media platforms of your choice

and write the name of your favourite tune from The Lion King soundtrack in the competition form below this post. Deadline to enter is midnight on 25 September 2019.

“Just hearing that music strikes you deeply,” Jon Favreau said. “Even if you don’t know the film or stage show, there is a spiritual strength in it. But if you know the film, and if you grew up with this music—now it can suddenly and immediately evoke the story itself, as well as all the connected memories and emotions that you have from your own past experience with ‘The Lion King,’ or from the time of your life that you were in, or your childhood, or the life events it’s connected to.”

Added Mitchell Leib, President of Music & Soundtracks for The Walt Disney Studios, “The incredible musical talents who came together to contribute to this project are unparalleled. Jon Favreau’s deep love and instinct for musical collaboration inspired Hans Zimmer, Lebo M, Pharrell Williams, Elton John, Tim Rice, Beyoncé, Donald Glover and the entire music team to an awesome level of generosity, spirit and commitment, resulting in a powerful journey of song, production and performance.”

In revisiting the score for The Lion King Zimmer realised the original themes and music were the ‘emotional spine of the story’. He brought back many who worked on the original film, including Lebo M, orchestrator Bruce Fowler, conductor Nick Glennie-Smith, arranger Mark Mancina, plus several singers from the choir including Carmen Twillie (who performed “Circle of Life” in the 1994 movie).

Zimmer wanted to approach the score differently for the new film and enlisted the Re-Collective Orchestra (led by founders Matt Jones and Stephanie Matthews), along with the Hollywood Studio Symphony (comprised of Los Angeles-based session players), and his band. The goal was to rehearse and record the score like a live concert performance.

Music from the animated film released in 1994 won two Academy Awards® (original song and original score), four GRAMMYS® and two Golden Globes®. The soundtrack was No. 1 on the Billboard 200 album chart for 10 non consecutive weeks and was certified Diamond by the RIAA, for 10 million units sold.

This entry was posted on Saturday, August 3rd, 2019 at 2:06 pm and is filed under Movies. You can follow any responses to this entry through the RSS 2.0 feed. Both comments and pings are currently closed.