What’s the fuss about Shaun the Sheep?

2015 is Chinese year of the sheep. It couldn’t be a better time for Shaun the Sheep the Movie to be released in UK cinemas (it’s out from today). Why do we love this character so much that keeps us glued to the screens every day? Watch below our kids’ club behind the scene video chat with Aardman’s film makers, Mark Burton & Richard Starzak, both directors and writers of the film. Talking to them the kids, the single most important message they got across is that the experience of going to the cinema to watch great storytelling is priceless.

Shaun the Sheep the Movie sees Shaun’s typical brand of mischief inadvertently lead to the Farmer being taken away from the farm. Shaun, Bitzer and the Flock then have to brave the big city to rescue him, setting the stage for an epic and hilarious big screen adventure. Aardman never disappoints big fans of animation movies. 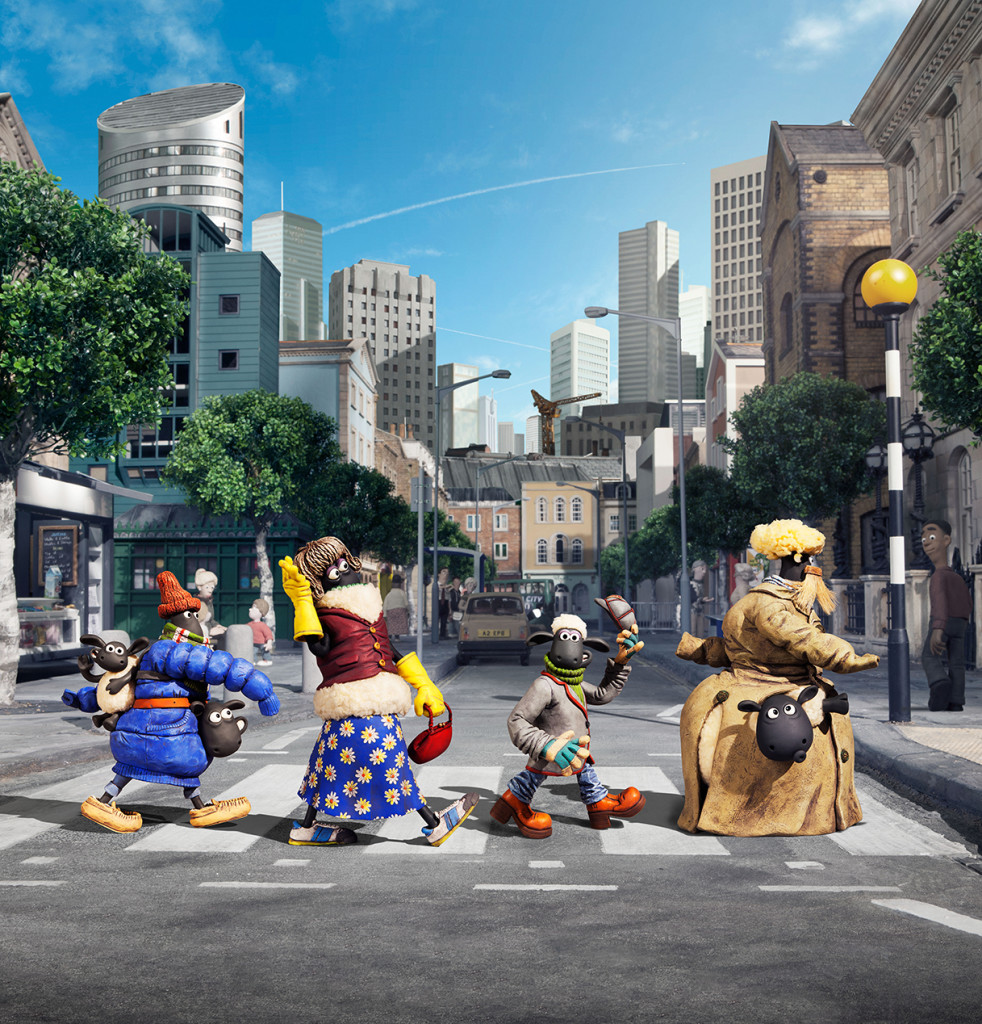 Great moments in film and TV such as Aardman’s movies are certainly worth paying for!

For me the world of cinema is very special and we have dedicated a whole London Mums team and section to movies. Whether they’re epic moments that take your breath away or heart pounding adventure moments that have us biting our lips, they all take us on a journey and all have value. 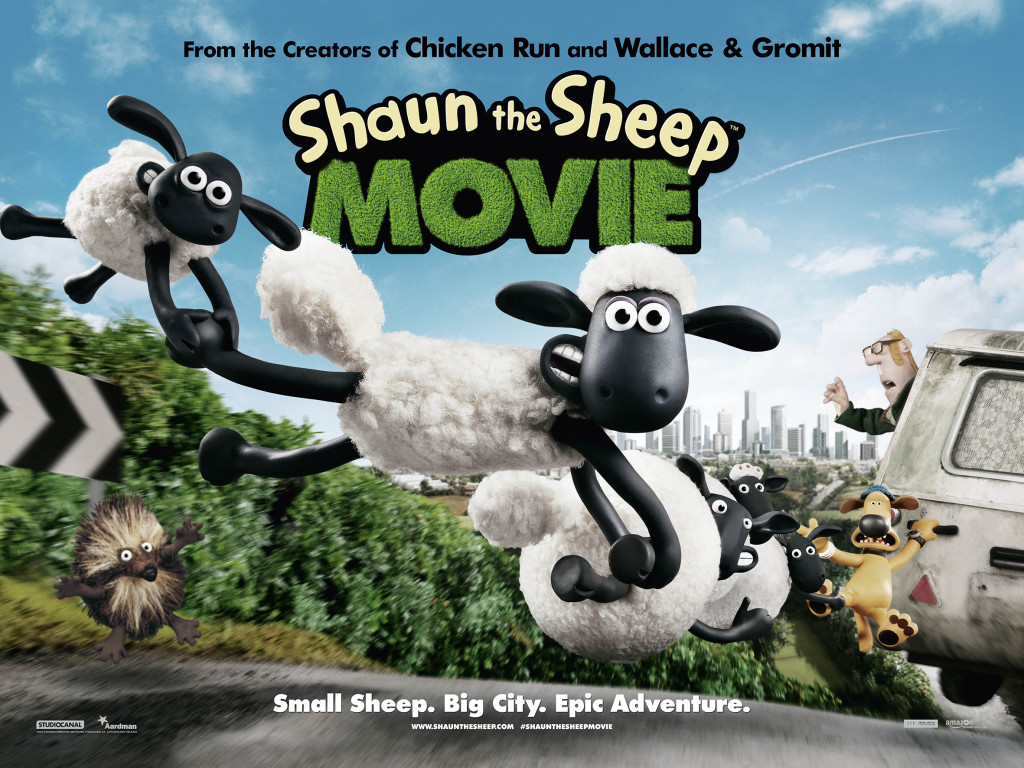 Shaun the Sheep the Movie opens in UK cinemas across the country 6 February 2015.

With a wealth of official ways to watch film and TV out there, as their makers intended, it’s never been easier to show your love –  head to FindAnyFilm.com – where you can find all films, all above board. 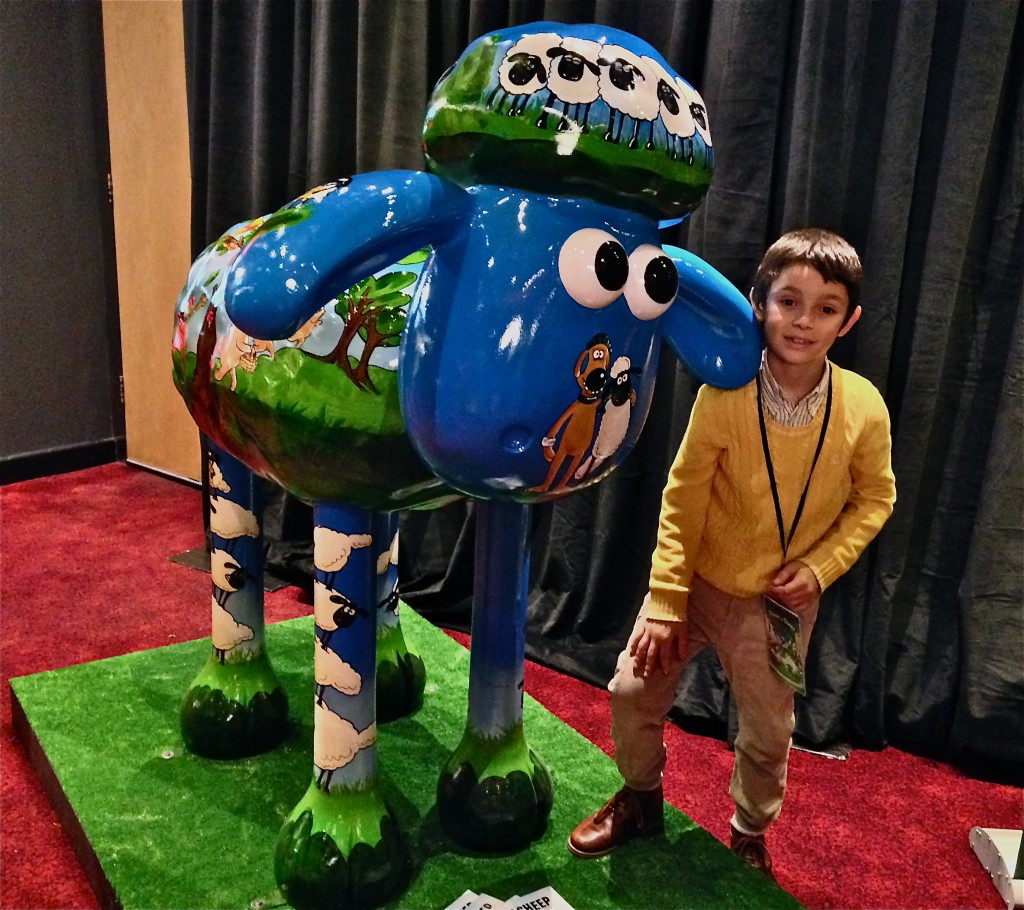 On Saturday 21 February from 1pm-6pm super fans of Shaun the Sheep, will be able to meet Shaun at the open-air Broadgate Ice Rink in Exchange Square,  create clay Shaun models with expert Aardman model makers and decorate Shaun cupcakes.

Broadgate is giving the public the opportunity to meet the famous sheep to celebrate the release of ‘Shaun the Sheep the Movie’ (now in cinemas) and the upcoming ‘Shaun in the City’ trail. Broadgate will be a ‘leader of the flock’ when 120 giant sheep sculptures decorated by celebrities and artists, are herded onto the streets of London and Bristol later this year.

The “Shaun in the City” trail will launch in London in March, co-inciding with the Lunar Year of the Sheep and following the release of Aardman’s Shaun the Sheep The Movie, when the mischievous character is set to make his big screen debut.

Shaun the Sheep creator Nick Park is closely involved with the project and will be designing one of the sculptures on the trail himself. He said: “The Shaun in the City trail means so much to me. This opportunity to bring an arts trail to life with Gromit’s pal Shaun the Sheep is baa-rilliant! Shaun is such a well-loved character with fans all over the world. He will add such colour to our streets and I am sure many will flock to the City to be part of the fun. I am particularly looking forward to working with so many talented artists and seeing how they will use Shaun as their canvas!”

Wallace & Gromit’s Children’s Charity will benefit from funds raised from the flock of 50 sculptures placed in London during Spring 2015. Wallace & Gromit’s Children’s Charity is a national charity raising funds to support and improve the lives of children in hospitals and hospices throughout the UK. For more information visit: www.wallaceandgromitcharity.org 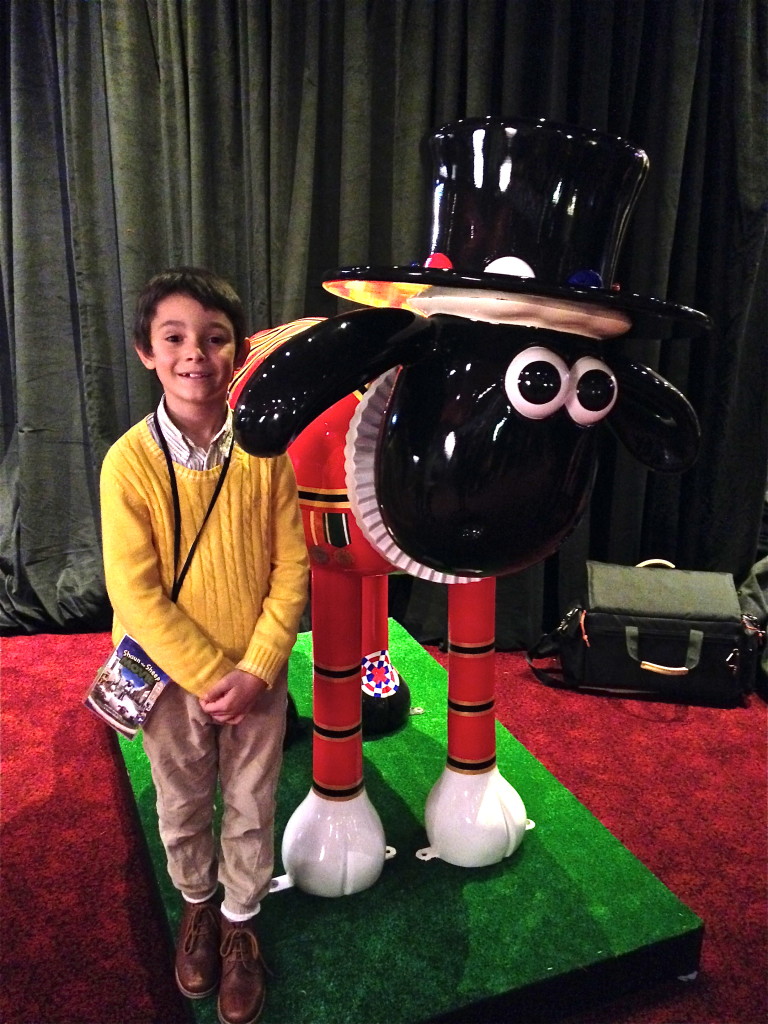 Half term is always challenging for parents. Kids’ entertainment is expensive so the best way forward to mums on a budget (most of us) is to get organised with lots of FREE stuff to do. Here are Shaun The Sheep the Movie FREE ACTIVITY SHEETS.

These activities are suitable for toddlers (if supervised) and school children (even unsupervised). They are traditional craft ideas that you will enjoy making especially as they are Shaun- themed.

Make your own Shaun The Sheep Bunting

Make your own Shaun the Sheep ears

Create your own Flock Out of Pom Poms

Shaun The Sheep The Movie – Colouring Sheets – The benefits of colouring 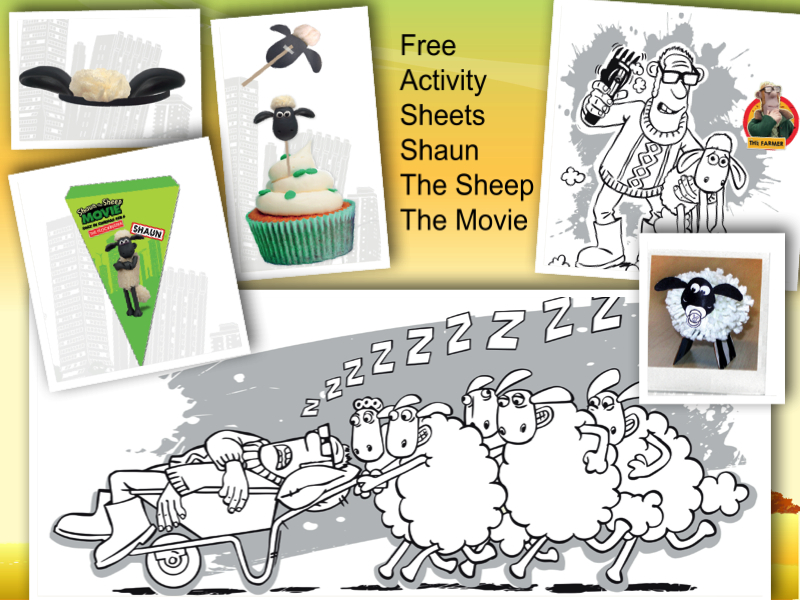 Colouring is great for kids from toddlers to school children – and it’s often beneficial to mums who need to relax for a few minutes while supervising the kids.I have always questioned the benefits of colouring and thought that times is best spent on other activities. But I was wrong. In fact colouring has great benefits:

1- It helps develop the skill of being patient which is really important both at school and in life in general.

2- It develops hand-eye coordination as well as focus and concentration on a task. As colouring is quite easy, it provides lots of satisfaction and immediate reward once it’s completed.

3- It helps kids practice holding a a pencil and develop their hand and finger muscles.

Here are the colouring sheets you can download as PDFs by clicking on the links:

This entry was posted on Friday, February 6th, 2015 at 4:39 pm and is filed under Movies. You can follow any responses to this entry through the RSS 2.0 feed. Both comments and pings are currently closed.