The latest edition of Talking Pictures has arrived, complete with a review of the film that everybody’s been waiting for: Disney Pixar’s Inside Out. And you can read my full review of the movie for London Mums here. 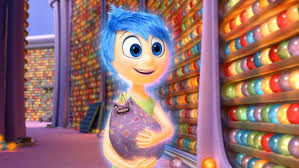 Also in the spotlight are Robert Carlyle’s debut as a director, the black comedy The Legend Of Barney Thompson, and Morgan Freeman and Diane Keaton as mature house hunters in Ruth and Alex. On DVD, there’s Sean Penn as The Gunman and director Michael Winterbottom’s The Face Of An Angel. And, of course, there’s the new top five at the British box office and the latest movies news. All packed into just 20 minutes.

It’s all on iTunes, Tune In and here: https://soundcloud.com/freda-14/talkingpictures23july2015 And don’t forget you can keep up with Talking Pictures by liking its official Facebook page and following me on Twitter, @TheCoopsReview. 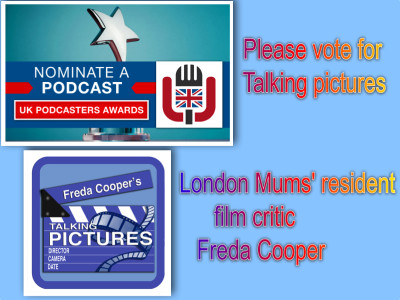 If you’ve not voted yet for Talking Pictures in the UK Podcasters Awards, there’s still time – but only just over a week. Just follow this link, ukpod.co/1LDZa4i, click the red voting button and you’re done!

So just pop in those headphone and enjoy your essential guide to the movies.

This entry was posted on Tuesday, July 28th, 2015 at 10:31 pm and is filed under Movies. You can follow any responses to this entry through the RSS 2.0 feed. Both comments and pings are currently closed.