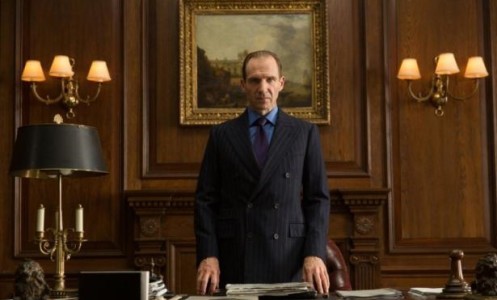 There’s also a review of Australian family movie, Paper Planes, while on DVD there’s the blockbusting Jurassic World and Ian McKellan as the great detective in Mr Holmes.  Plus there’s the new top five at the British box office and the latest movie news.  And your essential guide to the movies is packed into under 20 minutes.

Listen to it on iTunes, TuneIn and right here on London Mums:

And don’t forget you can keep up with Talking Pictures by liking the official Facebook page and following London Mums’ resident film critic, Freda Cooper, on Twitter, @TheCoopsReview.

Tags:  Ian McKellan James Bond Jurassic World Mr Holmes Paper Planes Ralph Fiennes Spectre Talking Pictures
This entry was posted on Saturday, October 31st, 2015 at 1:23 pm and is filed under Movies. You can follow any responses to this entry through the RSS 2.0 feed. Both comments and pings are currently closed.