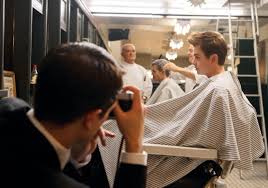 Dane DeHaan in the chair as James Dean in Life.

Plus there’s the new top five at the British box office and the latest movie news – and your essential guide to the movies is all packed in to just a smidge over 20 minutes.

It’s on iTunes, TuneIn and right here on LondonMums:

And don’t forget you can stay up to date with Talking Pictures by liking the official Facebook page and following our very own film critic, Freda Cooper, on Twitter @TheCoopsReview.

Tags:  99 Homes Big Game Dane DeHaan iTunes James Dean Life Mia Madre Michael Shannon Samuel L Jackson The Goob TuneIn
This entry was posted on Monday, September 28th, 2015 at 11:00 am and is filed under Movies. You can follow any responses to this entry through the RSS 2.0 feed. Both comments and pings are currently closed.