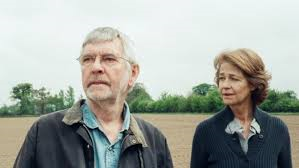 Out on DVD this week, there’s a newly restored version of the Ealing comedy classic, The Maggie, alongside Disney’s live action of Cinderella, which has a mainly British cast – and a British director as well!

There’s also the new top five at the British box office, plus a look a the line-up for this year’s Venice Film Festival, which opens next week. Your essential guide to the movies is packed into less than twenty minutes and you can hear it on iTunes, TuneIn and on SoundCloud.

Don’t forget you can stay up to date with Talking Pictures by liking its official Facebook page and following Freda on Twitter, @TheCoopsReview.

Now all you need to do is plug in those earphones, relax and enjoy!

Tags:  45 Years Charlotte Rampling cinderella disney Talking Pictures The Maggie Venice Film Festival
This entry was posted on Monday, August 31st, 2015 at 10:00 am and is filed under Movies. You can follow any responses to this entry through the RSS 2.0 feed. Both comments and pings are currently closed.