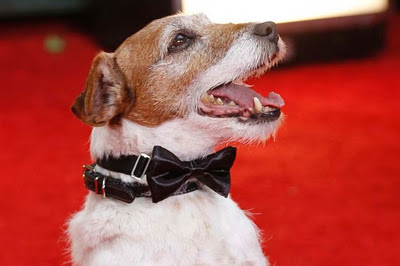 On DVD, the brilliant Toni Collette stars in the emotional drama, Glassland, and Kate Winslet goes gardening in A Little Chaos. Plus there’s the regular Talking Pictures double act of the new top five at the British box office and the latest movie news, plus a tribute to Uggie, the four legged star of The Artist. And it’s all packed into less than 20 minutes!

The show’s on iTunes, TuneIn and on SoundCloud and it’s ready and waiting for your undivided attention right now!

And, if you haven’t heard, Talking Pictures is a finalist in the Best TV/Film Podcast category of the UK Podcasters Awards. The winners are chosen by a combination of a panel of judges and public vote, so your vote is crucial. Just follow this link, where you’ll see a list of the categories. Click on the TV/Film category and the page will show you how to vote. It’s as simple as that – and it could make Talking Pictures a winner! Voting closes on 31st August

If you’ve already voted for the show, thank you very much. And keep your fingers crossed!

Tags:  A Little Chaos Armie Hammer DVD Glassland Henry Cavill Kate Winslet Mistress America Noah Baumbach Precinct Seven Five Talking Pictures The Artist The Man From UNCLE Toni Collette Uggie UK Podcasters Awards
This entry was posted on Sunday, August 16th, 2015 at 7:17 am and is filed under Movies. You can follow any responses to this entry through the RSS 2.0 feed. Both comments and pings are currently closed.