2015 may not go down as a classic in cinematic terms, despite some very good films, but there was one thing it did particularly well. Animation. There were some genuinely beautiful offerings, such as Japan’s The Tale Of The Princess Kaguya, while Disney Pixar continued to set the standard among the western studios, with the likes of The Good Dinosaur.

This darkest Avengers yet was something of a movie marathon, with impressive action and special effects coupled with intelligence and the trademark Marvel throwaway wit. It was as if director Joss Whedon had thrown just about everything, bar the kitchen sink, at his last Avengers film, as well as sowing the seeds of doubt about some of the characters – ready for the next instalment, of course. Ultron himself was a magnificent villain, a massive, muscular yet elegant android. This was Marvel very much at the top of its game.

This year’s Best Animation Oscar winner started life as a minor Marvel story and was an unexpected success. With its hybrid setting of SanFransokyo and unlikely cuddly robot hero, Baymax, Big Hero 6 appealed to adults and children alike with its engaging story and XXL leading “man”. It came with a companion piece, Feast, which also took home an Oscar.  This irresistible short lasted just six minutes and told the story of a Boston terrier with a big appetite with humour, warmth and next to no dialogue. Together, the two films were a joy. 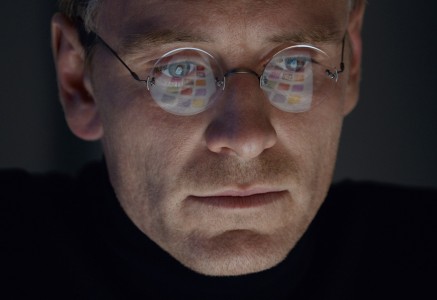 Danny Boyle gave us a bio-pic in three acts, the portrait of exceptional talent combined with ice cold blood.  The result was a sensational performance from Michael Fassbender in the title role as the man you genuinely love to hate.

Number two: INSIDE OUT 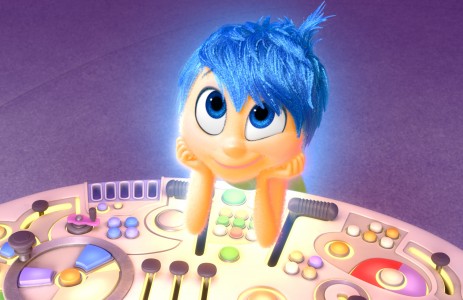 Disney Pixar’s ground breaking animation got a standing ovation in Cannes in May and deserved every second. Inside Out was a film that struck a chord with everybody that saw it, from children who loved the colour and action, to adults who recognised moments from their own childhood. There aren’t many films that have a truly universal quality, but this was one of those rarities. In what was a wonderful year for animation, Inside Out was its crowning glory. 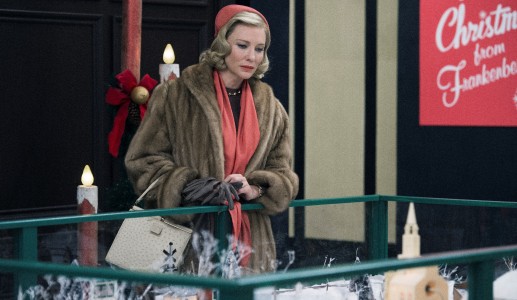 The London Mums’ Top Film of 2015 was a real labour of love in just about every sense from director Todd Haynes. This story of a love affair between two women (Cate Blanchett and Rooney Mara) was both breathless and breath taking, with photography that was so exquisite that every frame was a little work of art in its own right. It was a triumph all round.

Two animations, a super-hero movie, a bio-pic and an unconventional romance. Out of the films I reviewed this year for London Mums – approaching 50 – these were not just the best but also reflected the variety at the cinema this year – and the resurgence of animation.

What does next year hold? Check out my preview of 2016 around the New Year to find out.

Tags:  Avengers:Age Of Ultron Baymax Big Hero 6 Carol Cate Blanchett Danny Boyle Disney Pixar Feast Inside Out Michael Fassbender Rooney Mara Steve Jobs The Good Dinosaur The Tale Of The Princess Kaguya
This entry was posted on Tuesday, December 29th, 2015 at 11:00 am and is filed under Movies. You can follow any responses to this entry through the RSS 2.0 feed. Both comments and pings are currently closed.