THE TOP DOG FILM STARS OF ALL TIMES

From Lassie to Pudsey, dogs have always been highly entertaining film stars. London Mums have researched the top ten dog film stars of all times and found out how they have wagged their way to screen success! Enjoy! 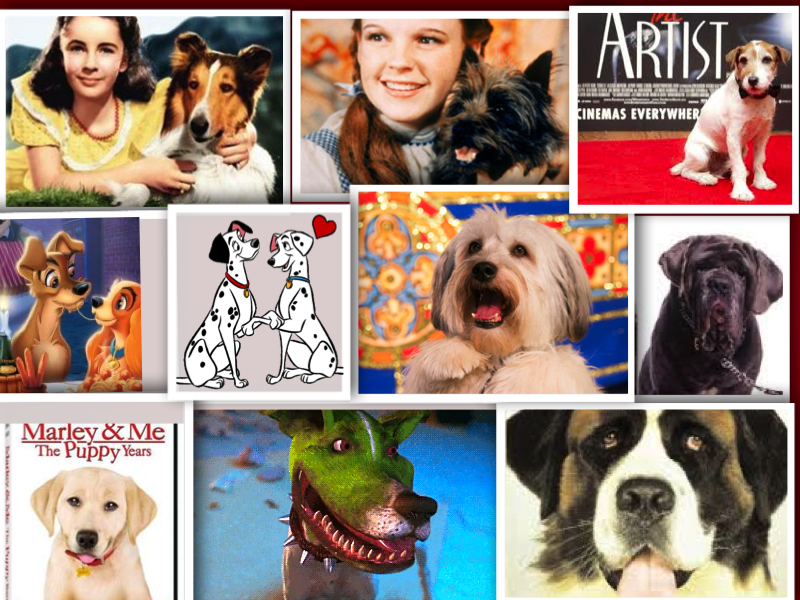 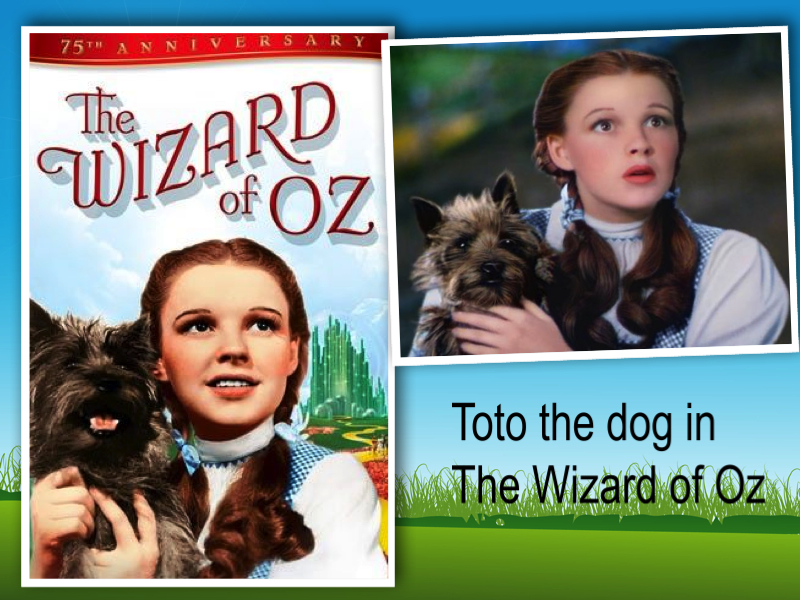 Judy Garland/Dorothy Gale’s much loved and loyal pet dog Toto is the only animal in the film that doesn’t speak.

In the original film, Toto was played by a female Terrier whose real name was Terry. She was paid more than many of the human actors for her part, receiving $125 a week whilst other below the line talent reportedly received just $50 to $100 a week!

Another lesser known fact is that due to the popularity of the movie and how famous her role became, her owner and trainer officially changed Terry’s name to Toto in real life! A permanent memorial for Toto can be found at the Hollywood Forever cemetery in Los Angeles. 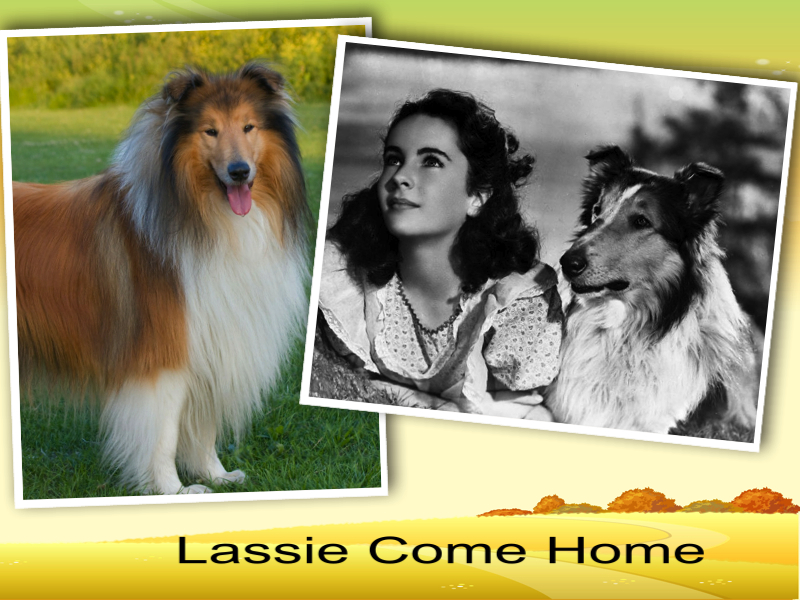 When we talk about dog film stars we cannot omit female collie dog Lassie, one of the very first doggy superstars who wagged his success alongside super Hollywood diva Elizabeth Taylor in 1943.

Published in 1940, Eric Knight’s novel was filmed by MGM in 1943 as Lassie Come Home with a dog named Pal playing Lassie. Pal then appeared with the stage name “Lassie” in six other MGM feature films through 1951. In 1954, the long-running, Emmy winning television series Lassie debuted, and, over the next 19 years, a succession of Pal’s descendants appeared on the series. The “Lassie” character has appeared in radio, television, film, toys, comic books, animated series, juvenile novels, and other media. Pal’s descendants continue to play Lassie today. 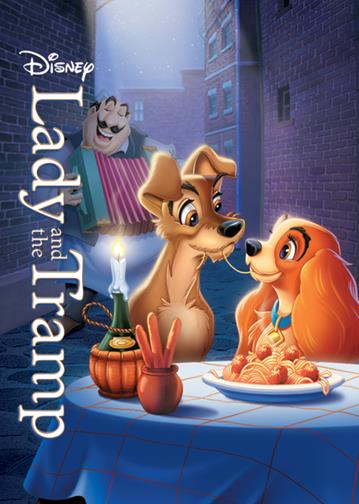 This animated romantic comedy starring two dogs from different classes of life won hearts the world over, as we all saw Lady fall in love with Tramp. In 1937, Joe Grant, a story man at Disney Studio came up with the idea, inspired by the antics of his own Spaniel dog, Lady, and how she was overshadowed by his new baby. Joe created some sketches and approached Walt Disney with the idea but Walt thought Lady was too sweet and therefore the storyline would not have enough action. Soon after, Walt was reading a short story by Ward Greene in which a cynical dog character was involved, this led Walt to deciding to incorporate Tramp into the story and Lady and The Tramp was born.

Pongo and Perdita are the legendary parents in Disney’s 101 Dalmatian’s to 15 Dalmatian puppies and adoptive parents to eighty four more. When the evil Cruella De Vil sets her eyes on turning the puppies into fur coats, Pongo and Perdita do everything in their power to rescue the young pups.

After the very expensive Disney cartoon Sleeping Beauty failed at the box office, there was talk of closing down the animation department at the Disney studio but an animation experiment at the time meant that putting spots on all the dogs would only cost half of what it would have and the rest is history.

There’s no doubt that apart from the famous German composer, this large mutt with the larger heart St. Bernard’s dog has been the most famous Beethoven of all times. A clear proof are 7 Beethoven films which have been made to date.

Chris, the dog who played Beethoven was actually trained by Karl Lewis Miller, the famous animal trainer who has also trained K-9 and Babe. Beethoven the dog has such a successful impact in America that a lot of young people thought the reason the name Beethoven was famous was because of this dog and film! 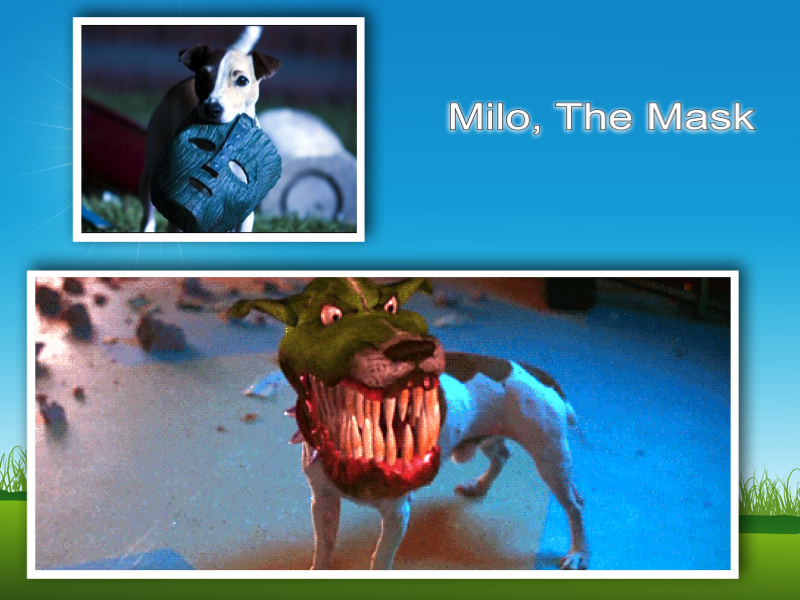 Stanley Ipkiss’ partner in crime and cute pet doggy, Milo is unforgettable in The Mask. Milo is a brown and white Jack Russell Terrier and he wears a chain collar. While wearing the Mask, however, his collar becomes a spiked-collar.

Animal actor Max McCarter was 5 years old when he auditioned for the role of Milo, director Chuck Russell found Max to be “the most perky and alive” of all the candidates. Max actually nearly lost the role when it was revealed that another upcoming film was going to feature a Jack Russell so the producers debated about using the same breed of dog, however, Max’s personality and acting ability won out. 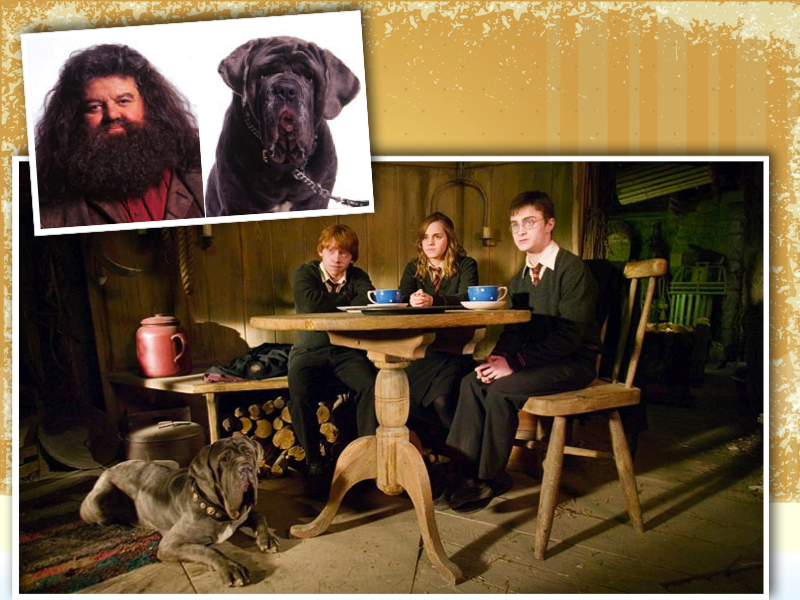 The loveable half giant, half man gamekeeper in Harry Potter, Rubeus Hagrid famously had a pet dog named Fang.

Fang is an oversized Neapolitan mastiff / boarhound dog who lives with Hagrid in his hut outside of Hogwarts Castle, on the edge of the Forbidden Forest. Fang is known to be as protective as Hagrid, who once said of him to the students, “There’s nothin’ that lives in the forest that’ll hurt yeh if yer with me or Fang”.

Weighing in at 10st, Fang has been played by many dogs over the years. Neopolitan mastiffs make very unsuitable pets, with a tendency to chew furniture and slobber over anything and everything. 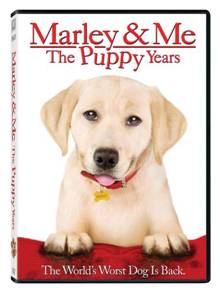 One of the biggest ever doggy film stars, 2008’s Marley & Me set a record for the largest Christmas Day box office ever that year with over $14m in ticket sales. Marley the dog was actually portrayed by 22 different Labrador retrievers to portray his different ages but the main dog who played the older Marley was actually a shelter dog who was once given 24 hours to live before he was rescued in Florida and cast as the lovable mutt. 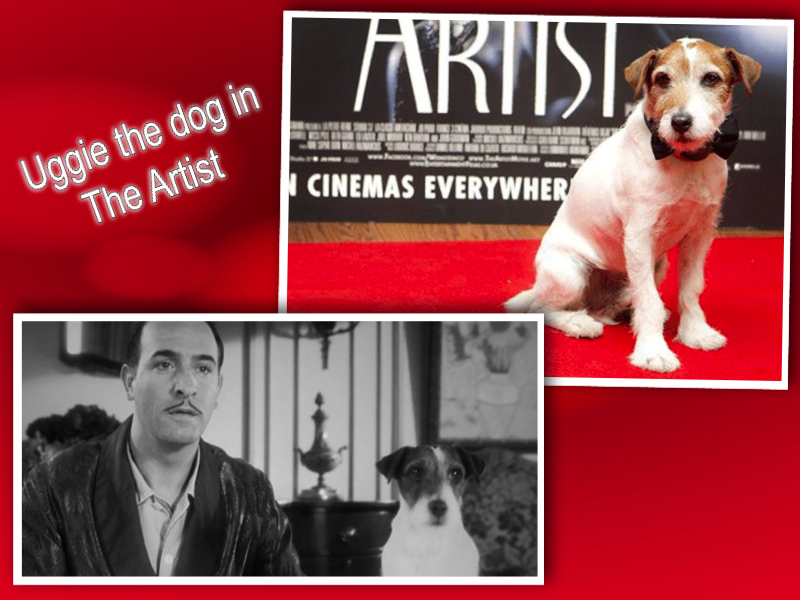 Aptly named as The Dog in The Artist, the doggy actor is actually named Uggie in real life. Uggie’s career started when he was rescued by an animal trainer and started a career touring with a dog talent show in United States and South America before starring in commercials. His performance in The Artist was considered by many to have upstaged those of his co-stars and even won him the Palm Dog award in Cannes. It was announced by his trainer that Uggie has now retired.

Last but not least, my favourite dog film star of all times: PUDSEY!

Apparently not just my favourite but also Britain’s most loved dog, Pudsey was the winner of Britain’s Got Talent 2012 and is half of the duo that is Ashleigh and Pudsey! Due to his new found fame, Pudsey is now also the star of his very own film, Pudsey The Dog: The Movie!  Pudsey The Dog: The Movie was released on DVD on 10th November 2014, courtesy of Entertainment One.

I love Pudsey and even more after meeting him!

Here are my Pudsey superfan Film review of Pudsey The Dog: The Movie and my filmed interview with Pudsey (and Ashleigh of course) on You Tube.

If you want to know how a day in a life of Pudsey looks like check this video out. Enjoy!

This entry was posted on Tuesday, November 11th, 2014 at 7:30 pm and is filed under Movies. You can follow any responses to this entry through the RSS 2.0 feed. Both comments and pings are currently closed.