Mums, dads and kids, you’ll be in for a treat with the latest Disney Pixar movie The Incredibles 2 out in UK cinemas this Friday 13th July.  Film director Brad Bird and the brilliant filmmakers at Pixar have just surpassed themselves with this sequel. The kids and mums who attended the premiere in London this weekend all agreed that The Incredibles 2 is even better than the first animation. 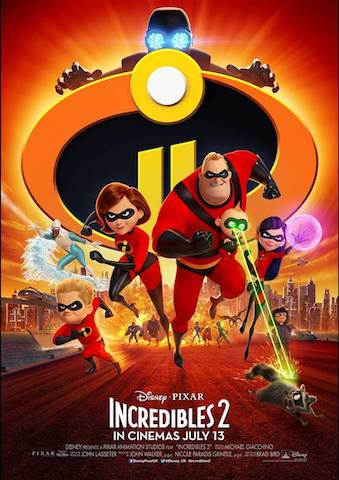 In Incredibles 2, Helen (voice of Holly Hunter) is called on to lead a campaign to bring Supers back, while Bob (voice of Craig T. Nelson) navigates the day-to-day heroics of “normal” life at home with Violet (voice of Sarah Vowell), Dash (voice of Huck Milner) and baby Jack-Jack—whose superpowers are about to be discovered. Unsurprisingly it’s a lady in the lead role in this animation, in the year when women are showing they can do anything they want. I love this twist in the Incredibles 2 tale. Their mission is derailed, however, when a new villain emerges with a brilliant and dangerous plot that threatens everything. But the Parrs don’t shy away from a challenge, especially with Frozone (voice of Samuel L. Jackson) by their side. That’s what makes this family so Incredible. The kids will play a crucial role in this sequel so much so that they actually save the day in the end. I am not going to tell more than I have already done. 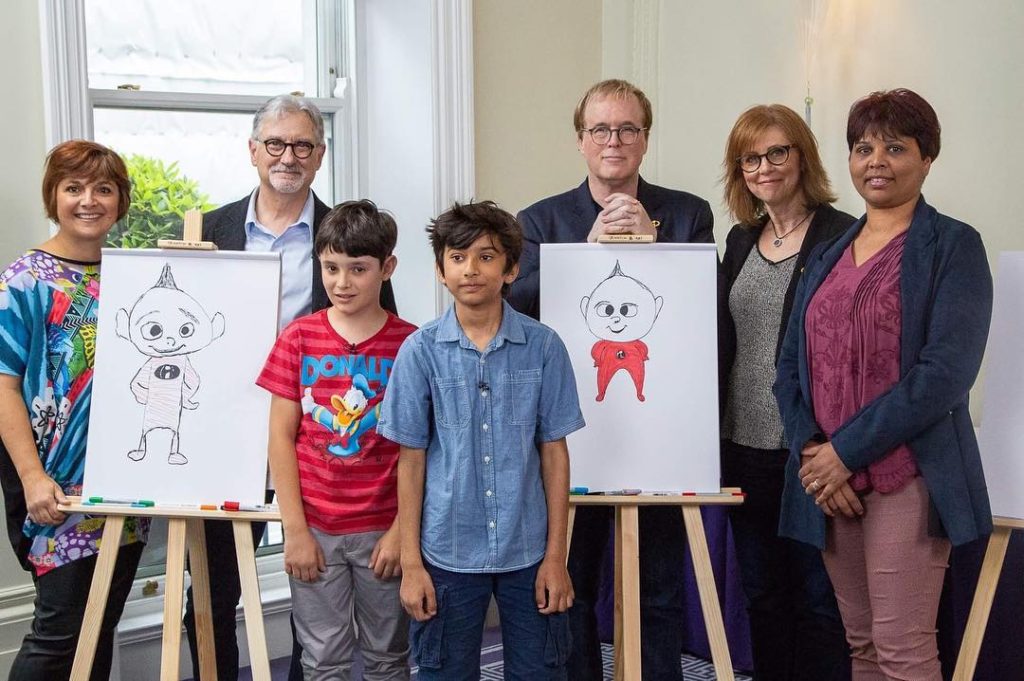 London Mums’ child reporters Diego and Oliver went behind the scenes with creator & film director Brad Bird and the producers. They had a honest chat with the filmmakers and participated in a drawing masterclass led by Brad Bird and hosted by TV Presenter Nigel Clarke in which they learnt how to illustrate Jack Jack.

With The Incredibles 2 Brad Bird has managed to exceed expectations with sequel that was overdue after 14 years. He has created an upbeat contemporary animation covering topical issues such as empowering women – Elastigirl takes the lead in this story while her husband plays daddy daycare – and children with a positive message that working as a strong team is crucial to success. 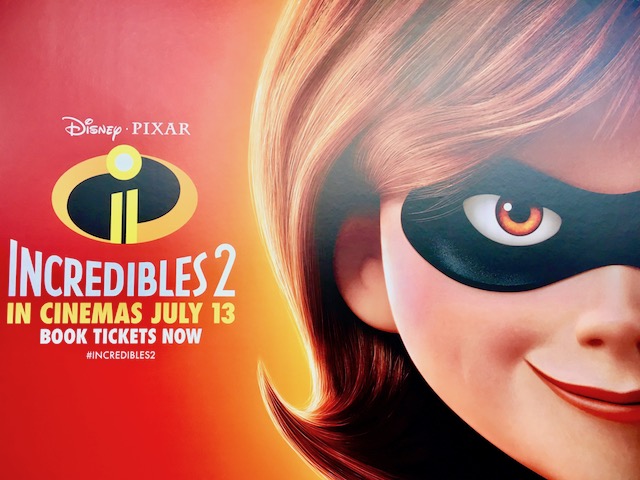 The story picks up the action where it left it. Things have changed and superheroes are  now illegal for doing more harm than good when fighting justice. A telecom billionaire (Bob Odenkirk) and his geeky sister (Catherine Keener) want to bring superheroes back for the public wellbeing and assign the first project to Elastigirl as the face of a PR revival. Meantime Mr Incredible stays at home to care for the children, particularly baby Jack-Jack, who has 17 new uncontrollable superpowers. The whole family comes together against Screenslaver, a mysterious danger that hypnotises and controls people through televisions and other devices.

Jack Jack’s has a big role in this film and potentially holds the key to a third Incredibles movie comeback and hopefully we won’t need to wait 14 years to see it.

We all loved Pixar’s photo-realistic backdrops and cutting edge technology to bring the superheroes to life. Of all Pixar’s sequels, this one is probably the best so far.

On Sunday we attended the London premiere at BFI Southbank along with Hollywood stars Holly Hunter who voices Elastigirl and Samuel L. Jackson (Frozone’s voice). We sat close to Mr Jackson and Mo Farah… Check out whom we shared the red carpet with. 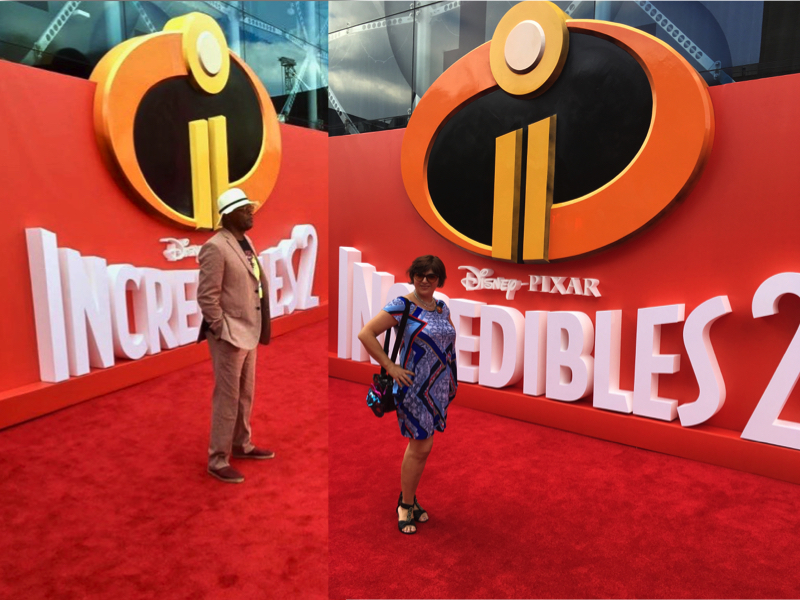 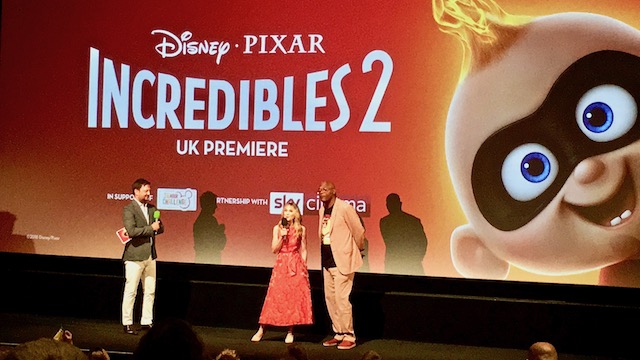 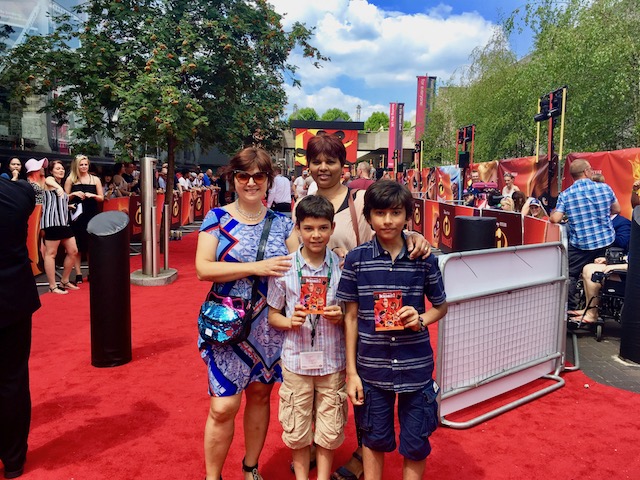 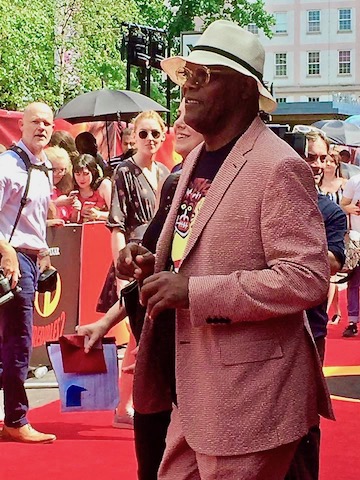 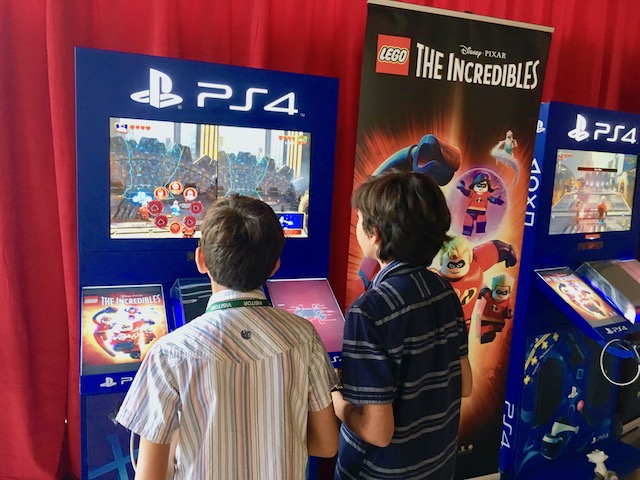 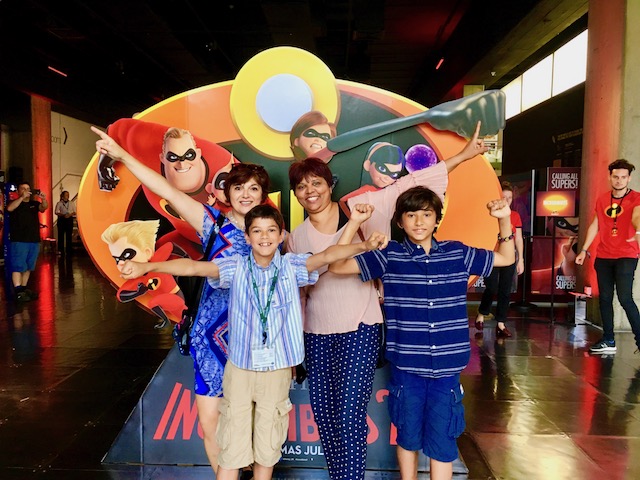 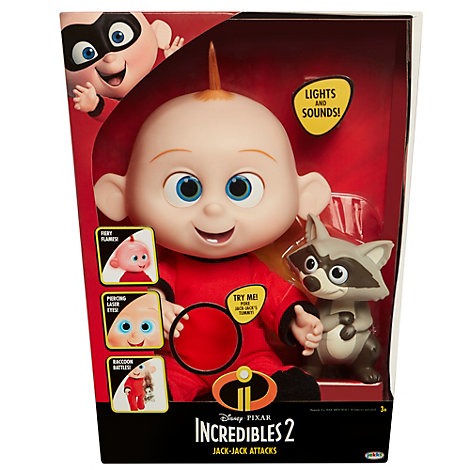 I love the cheeky-looking Jack-Jack Attacks doll. It is almost as big as a real baby (H25 x W17 x D15cm approx)  and holds his raccoon (H14 x W7 x D12cm approx.). In the new movie Jack-Jack plays a very important role in saving the world so children can re-enact some of the movie action. 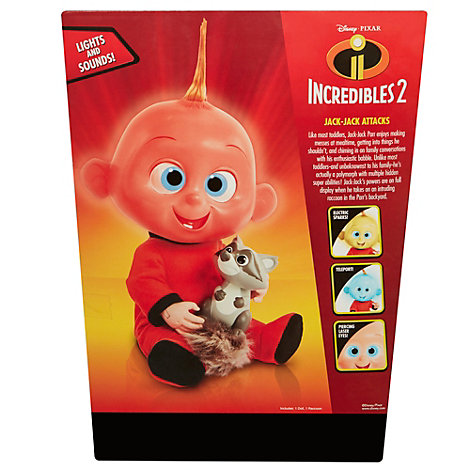 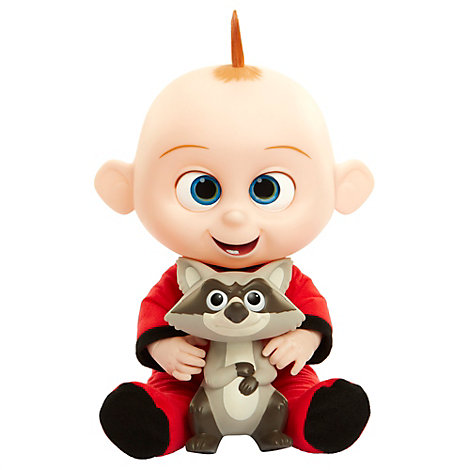 To activate ultimate power mode you simply press and hold tummy. The body is soft but the head and hands are moulded. I love the realistic, rooted hair. The perfect pretend baby to have! Jack-Jack Attacks doll is not suitable under 36 months due to small parts. It retails at £40.00 and available from the Disney Store.

Adults and kids costumes by Disney store from £31 each 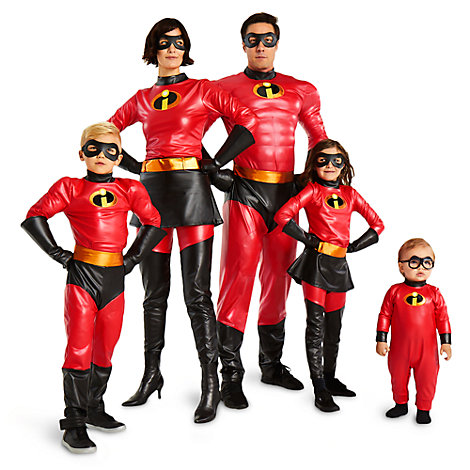 I have just received an Elastigirl aka Mrs Incredible costume so I can embrace my inner superhero. Watch this space for my pic to show up on social media. For a forthcoming fancy dress party you can get Incredibles costumes for the whole family. Elastigirl costumes have already sold out before the movie hits the cinemas …. this is indeed incredible! 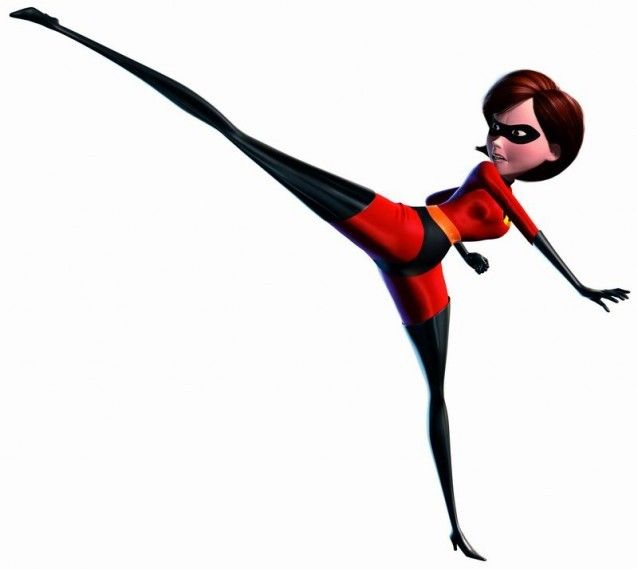 The costumes created for Disney Store are well made – a bit tight for the hot Summer of 2018 but perfect for Halloween and birthday parties – and have bold design features, true-to-character details and come with masks and gloves. The great thing about these outfits is that you can wipe them clean. Guess what I am going to wear this Halloween…

This entry was posted on Wednesday, July 11th, 2018 at 2:06 pm and is filed under Movies. You can follow any responses to this entry through the RSS 2.0 feed. Both comments and pings are currently closed.