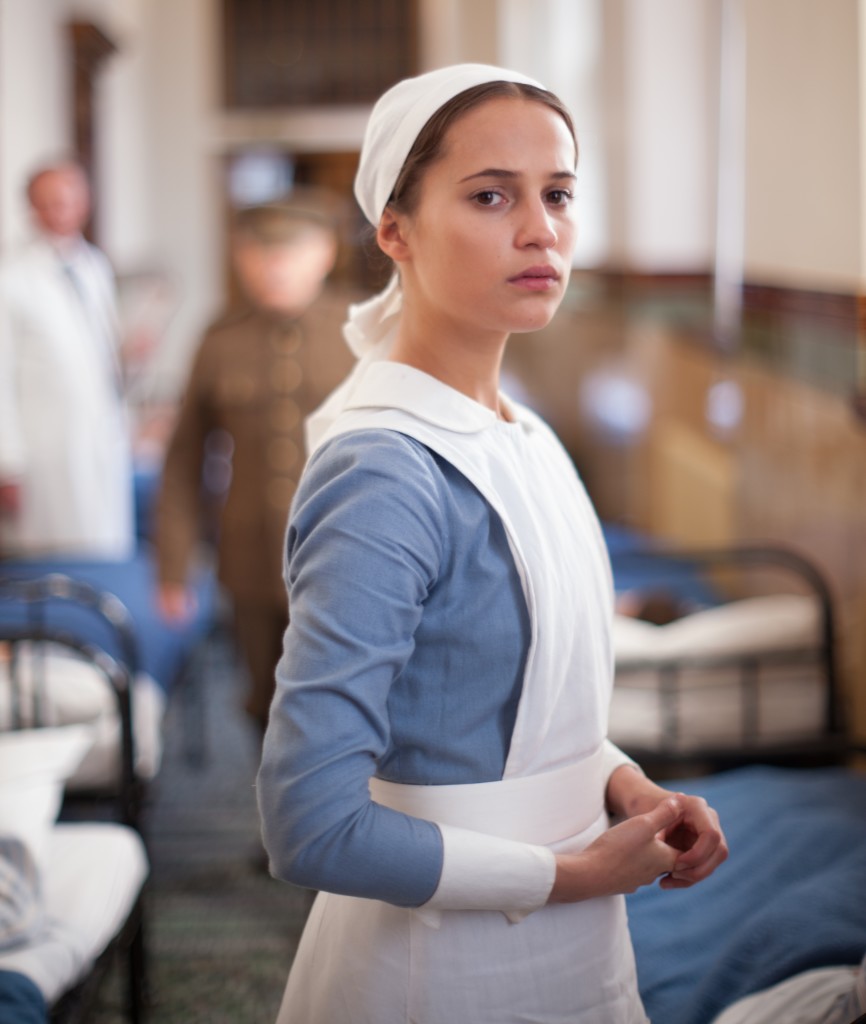 Born and raised in middle class comfort in rural Derbyshire, young Vera Brittain (Alicia Vikander) is determined to go to Oxford and, after overcoming her father’s reservations, she makes it there.  But World War I breaks out at the same time.  She watches her brother, his best friend and the man she loves as they all sign up and go off to fight for their country.  As the war continues, she loses all three of them and is left alone to find her place in the world.  And she’s still in her early 20s.

At the heart of this emotional and moving coming-of-age memoir is a love story, one that’s completely crucial to the film’s success.  It’s the first time that Vera Brittain’s story has been told on the big screen – you may have come across the TV version, which was made some 30 years ago – and it’s certainly a faithful and respectful adaptation.  One that’s been approved by Vera’s own daughter, Shirley Williams.

But back to that love story, the one between Vera and Roland (Kit Harington).  It’s set at a time when emotions were most definitely not supposed to be on show, so the couple never get any further than a kiss.  It should make for heightened passion and almost unbearable intensity but the chemistry between the two actors simply isn’t there.  Maybe that’s because director James Kent has been, if anything, too faithful to the restraint of the time.  Vera’s feelings are buried so deep that it’s hard to read anything on Vikander’s face and, more often than not, Harington’s Roland looks more sulky than sultry.  They’re an attractive couple, but that crucial spark isn’t there.

That restraint, however, does have some advantages.  It overflows from the Brittain family into the entire film, making it both thought provoking and moving and filling some of the emotional void created by the depiction of Vera and Roland. 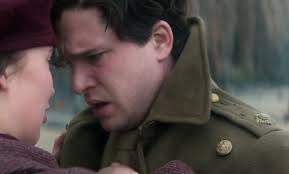 That’s not to say that the cast is below par.  Alicia Vikander is one of the fastest rising actresses around: she’s back on screen twice more before the month is out, firstly as an android in Ex Machina (23 January) and the streetwise girlfriend of a wannabe criminal in Son Of A Gun (30 January).  Two starkly contrasting roles and her performance here shows her range seems to know no bounds – not even national ones as, despite looking like the archetypal English rose, she’s actually Swedish.  As her father, Dominic West appears to be under-used at the outset, so much so that his casting is perplexing.  Until the scene when he’s notified of his son’s death.  Then we understand.

Behind the camera is Rob Hardy, who was responsible for the beautiful cinematography in Ralph Fiennes’ The Invisible Woman (2013), and he’s created some striking images.  The most memorable is the aerial shot of the field of wounded at Etaples, where Vera is a nurse.  The camera pulls back to reveal row upon row of dead and dying on stretchers in the mud, with nurses as the occasional dot of white, trying against the odds to bring them comfort.  And there’s the soldiers’ faces looking straight at her that Vera can never get out of her mind ……

Vera Brittain’s memoirs gave a voice to the agony of a generation and the film version has taken its responsibility seriously.  Its restrained style means that when emotion is on show it’s usually powerfully effective, as we see in the empassioned final speech which carries the film’s entire message.  But the pivotal relationship between Vera and Roland just doesn’t have the same ring of truth, putting the film on a wobbly footing.

Testament Of Youth opens around the UK on 16 January 2015.

Tags:  Alicia Vikander Dominic West Kit Harington Shirley Williams Testament Of Youth Vera Brittain World War I
This entry was posted on Wednesday, January 14th, 2015 at 11:27 am and is filed under Movies. You can follow any responses to this entry through the RSS 2.0 feed. Both comments and pings are currently closed.