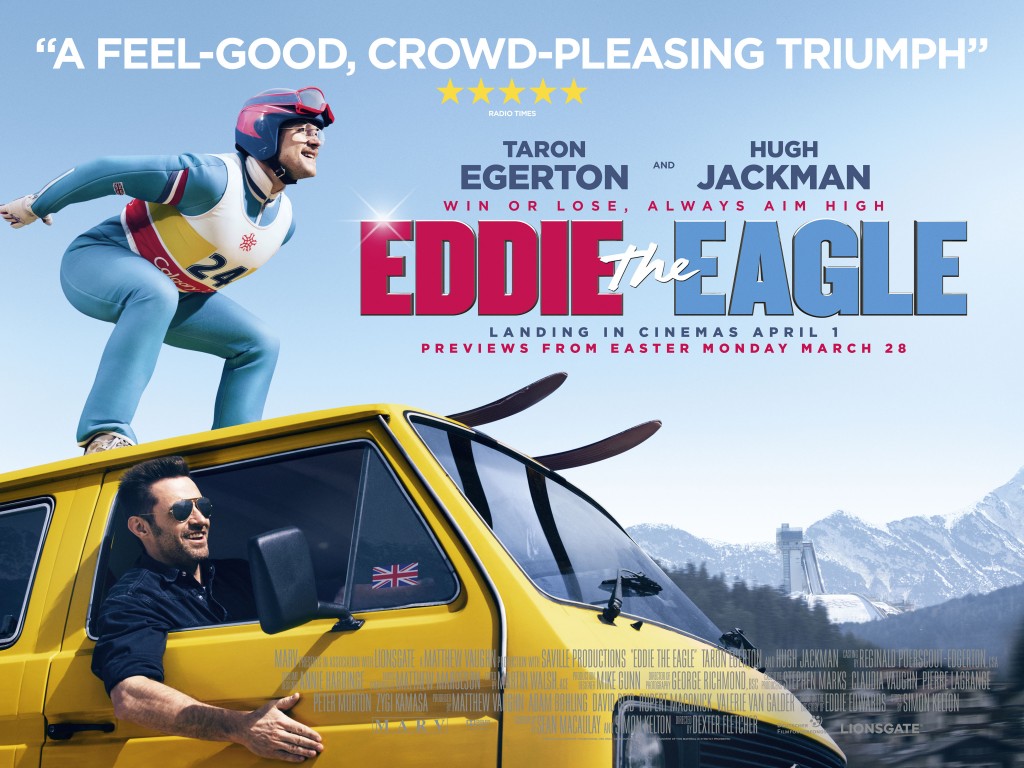 London Mums’ resident film critic, Freda Cooper, takes a look at the film and its stars, Taron Edgerton and Hugh Jackman squeeze into The Big Interview hot seat.  Also in cinemas is Ran, the re-working of King Lear from Japanese director, Akira Kurosawa, and black comedy, Welcome To Me.  This week’s DVDs include game-changer Tangerine and animation Miss Hokusai.

It’s all packed into 20 minutes and it’s on iTunes, TuneIn and right here on London Mums:

Tags:  Eddie The Eagle Hugh Jackman Miss Hokusai Ran Tangerine Taron Edgerton Welcome To Me
This entry was posted on Friday, April 1st, 2016 at 11:05 am and is filed under Movies. You can follow any responses to this entry through the RSS 2.0 feed. Both comments and pings are currently closed.