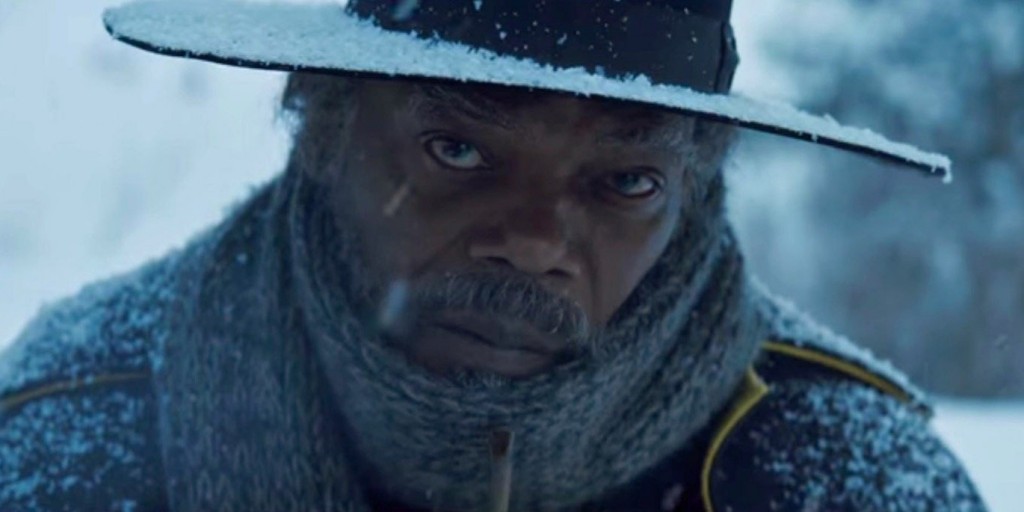 On DVD, there’s cult movie Just Jim on DVD and Freda takes a look ahead at the likely winners of the Golden Globe Awards.

All you need to enjoy your essential guide to the movies is exactly 20 minutes. And it’s on iTunes, TuneIn and right here:

And don’t forget you can keep up to date with Talking Pictures by liking the official Facebook page or following Freda on Twitter, @TheCoopsReview.

Tags:  Just Jim Partisan Quentin Tarantino Samuel L Jackson Talking Pictures The Hateful Eight
This entry was posted on Sunday, January 10th, 2016 at 11:51 am and is filed under Movies. You can follow any responses to this entry through the RSS 2.0 feed. Both comments and pings are currently closed.