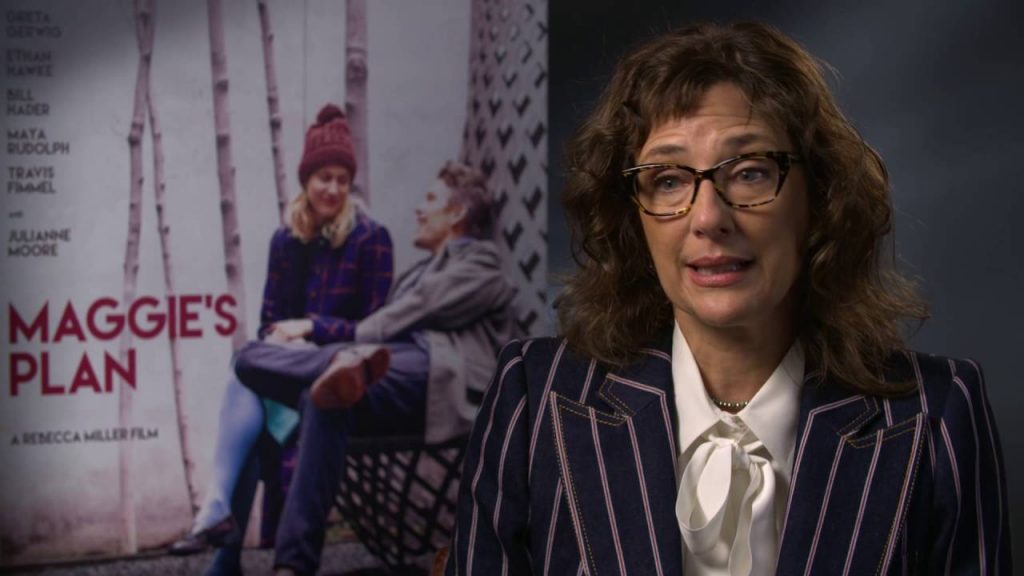 The film’s under review as well, together with The Neon Demon, the latest from controversial director Nicolas Winding Refn.  On DVD there’s an international line-up: the Hungarian made Oscar winner Son Of Saul, British psychological thriller The Ones Below, Danish drama The Here After and the re-release of the 1983 re-make of The Wicked Lady.

Plus there’s the new top five at the British box office and a smattering of movie news.  And your essential guide to the movies is packed into 20 minutes.  It’s on iTunes, TuneIn and right here, on London Mums.

And don’t forget you can stay up to date with Talking Pictures by liking the official Facebook page and following Freda on Twitter.

Tags:  Maggie's Plan Nicolas Winding Refn Rebecca Miller Son Of Saul Talking Pictures The Here After The Neon Demon The Ones Below The Wicked Lady
This entry was posted on Sunday, July 10th, 2016 at 7:16 pm and is filed under Movies. You can follow any responses to this entry through the RSS 2.0 feed. Both comments and pings are currently closed.