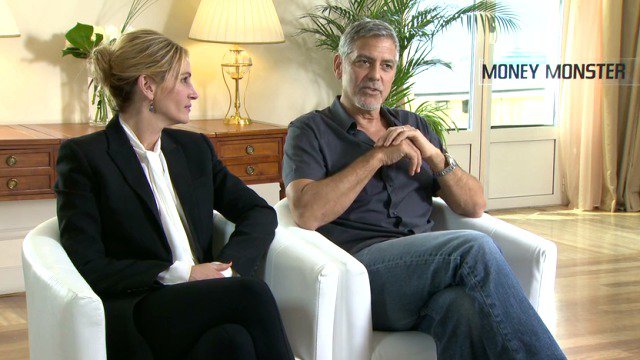 London Mums’ resident film critic, Freda Cooper, casts  her critical eye over the film on the latest edition of the show and looks at other new releases including Jane Austen parody Love & Friendship, Australian drama The Daughter and Disney’s Alice Through The Looking Glass.  The new DVDs include the Oscar winning Spotlight, The Big Short and one-take-wonder, Victoria.  Plus there’s the new top five at the British box office and the latest movie news.

Your essential guide to the movies is packed into exactly 20 minutes.  It’s on iTunes, TuneIn and right here:

And don’t forget you can keep up to date with Talking Pictures by liking the official Facebook page and following Freda on Twitter.

Tags:  Alice Through The Looking Glass disney George Clooney Julia Roberts Love & Friendship Money Monster Spotlight The Big Short The Daughter Victoria
This entry was posted on Friday, May 27th, 2016 at 12:20 pm and is filed under Movies. You can follow any responses to this entry through the RSS 2.0 feed. Both comments and pings are currently closed.