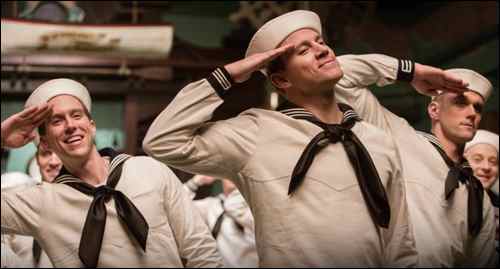 The Coen Brothers’ affectionate Hollywood comedy gets the Film Of The Week accolade from London Mums’ resident film critic, Freda Cooper, who also checks out new releases Goodnight Mommy, a horror from Austria, and action flick London Has Fallen.

The DVDs have a decidedly feminine feel this week, with the BAFTA and Oscar nominated Brooklyn, the stirring Suffragette and documentary He Named Me Malala. Plus there’s the new top five at the British box office and the movie news is back this week as well!

Tags:  BAFTA Brooklyn Channing Tatum Coen Brothers Goodnight Mommy Hail Caesar! He Named Me Malala London Has Fallen Magic Mike Oscar Suffragette
This entry was posted on Friday, March 4th, 2016 at 7:10 pm and is filed under Movies. You can follow any responses to this entry through the RSS 2.0 feed. Both comments and pings are currently closed.