STAR WARS: THE LAST JEDI (Episode Eight) is most certainly the most expected movie of 2017. Finally we get to see the most revealing teaser trailer and poster that Disney has just revealed. Check it out here. 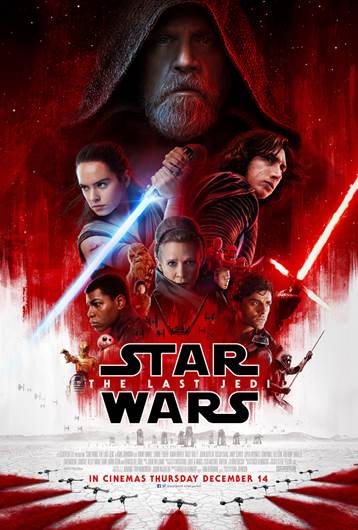 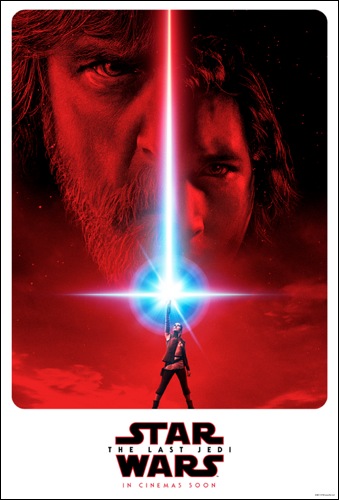 The most revealing trailer unveiled on 10 October 2017

STAR WARS: THE LAST JEDI is written and directed by Rian Johnson and produced by Kathleen Kennedy and Ram Bergman and executive produced by J.J. Abrams, Jason McGatlin and Tom Karnowski.

Typically Disney hasn’t released any additional information about the story and the characters. They will keep it all secret until the day of release, as always.

There are  a few things we can guess from the trailer:

Luke Skywalker’s last words from this first trailer are “It’s time for the Jedi … to end.” This film will be about restoring the balance in the Force, which is the underlying message throughout the Star Wars franchise.  Luke was trained to become a Jedi Knight by Yoda in the original trilogy as the last hope for the future of the Jedi Order.

In the Star Wars mythology, you cannot have darkness without the lightness and it seems that the universe is somehow self-correcting the Force balance. Luke’s words do not necessarily mean that he will end the Jedi Order to end the world forever. It could also mean that a new ‘Jedi’-like generation led by Rey, Finn and Poe Dameron is about to start a new galaxy order.

BB8 and Poe Dameron are back together for lots of action – in the trailer we see them running amidst explosions.

In photos released at the Star Wars celebration we see behind the scenes images of Carrie Fisher in her last performance as Princess Leia before her tragic and sudden death last December 2016. The producer confirmed that she had filmed all her scenes for The Last Jedi but she won’t be part of Episode Nine.

Watch the cast and producers talk about this film at the celebration events.

This is all we know and can speculate for the moment.

December could not come soon enough!

Meantime Star Wars super fans can visit the London exhibition dedicated to the biggest film franchise of all times. Here is my vlog that shows you what to expect.

MAY THE FORCE BE WITH YOU

This entry was posted on Saturday, April 15th, 2017 at 9:19 am and is filed under Movies. You can follow any responses to this entry through the RSS 2.0 feed. Both comments and pings are currently closed.