Sally Phillips: The funny and talented British actress talks Ferdinand, comedy, European accents & why London Mums should give themselves a break

Ferdinand DVD is released this week and I went behind the scenes to chat with my favourite London actress and writer Sally Phillips who voiced Austrian stallion Greta in the Ferdinand animation. She also tells me why she loves comedy, European accents, what makes her laugh and why we should celebrate diversity. 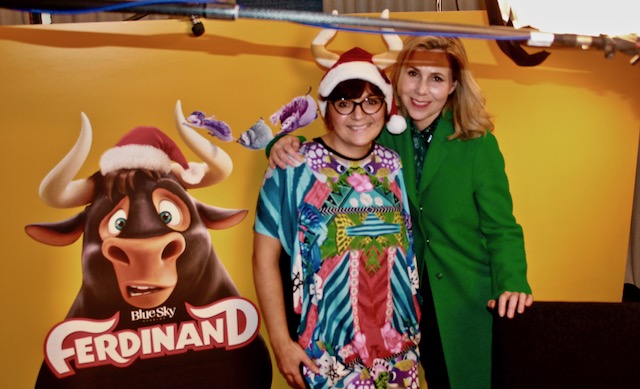 During the promotion of family animation Ferdinand, I managed to catch up with one of my favourite female comedians of all time. Sally Phillips is not only talented at making foreign accents, but she is genuinely very funny, and smart. She also has a special personal connection to the book by Munro Leaf from 1936 on which the film is based. It was her father’s favourite book when she was a child. 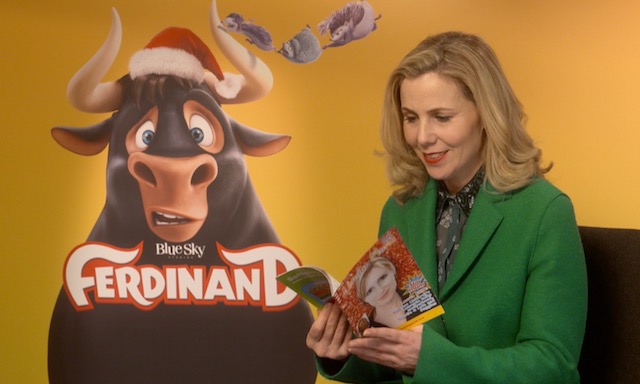 Most of us know Sally Phillips as a comic actress who rose to fame as one third of the all-female sketch-show Smack the Pony before getting prominent roles such as Tilly in the popular BBC sitcom Miranda and as Bridget’s best friend, Shazza, in the Bridget Jones films. I am also a great admirer of her screenwriting like 2011 rom-com The Decoy Bride, a wedding comedy starring David Tennant and Kelly Macdonald.

But Sally Phillips also has a serious side. She is a London Mum of 3 and in this interview, she opens her heart about what she has learnt as being a parent of a Down Syndrome child and the importance of not conforming to society by swimming against the mainstream without fear. 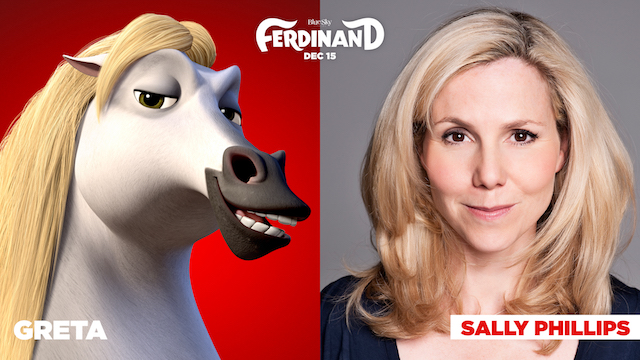 Q: You have made different accents before in the TV show Smack the Pony and the radio sitcom Clare in the Community. How did you prepare to voice Greta, a posh vein blonde Austrian female stallion with great dancing skills, who likes mocking other animals?

SP: I can hear that you might be an expert on how inaccurate my accents are…. You are Italian, right? I love playing arrogant people. They do the things that are banned in real life. It’s like going on a trolley dash through a sweet aisle. When I have to do an accent, I watch lots of Youtube videos, particularly ‘the accent project’ where different people record the same set of sentences in their accents. I also watched lots of interviews with Christoph Waltz who is an Austrian actor. The other two horses are German and Austrian. Recently I have been doing quite a lot of Scandinavian accents and a Russian accent. I had a whole year playing European characters but not Austrian.

Q: You are busy with both radio and movie comedies. What do you prefer and why?

SP: They are quite different. The less of you they have the more energy you have to put into it. If you see the recording of Robin Williams of the Genie in Aladdin, it’s crazy big. You have to be Italian to the power of ten. I was quite sweaty at the end of my session. David Tennant was on straight after me and he was running with sweat. You have to put so much energy into it because it’s just with your voice that you have to convey the actions that the animated characters are doing. So if they are leaping in the air and twizzling, you have to somehow give your voice that kind of energy.

Q: What is your favourite moment from Ferdinand and why?

SP: Lots of great moments… I really loved the dance off and the chase through the traffic in Madrid. But then the big bullring scene: a Spanish bull who prefers flowers to fighting in the ring has to be special. The bull in the China shop scene is also cool, an instant classic now.

Blue Sky Studios are really good at creating standalone set pieces and it’s down to Carlos Saldanha who is a proper genius. He is like an animated character himself, a crazy man-child. He has a lovely wife and four kids in all age groups (21, 17, 9 and 7 – they had a big gap between the two sets). His daughter plays Nina. You can feel he is a delighted dad playing with the kids at work in lots of these pieces.

Q: You make people laugh for a living. What makes you laugh?

SP: I laugh at the absurdities of life and I really laugh at how ridiculous life is. I like You’ve been framed, because you can’t predict where a joke would go. I am better now at predicting jokes now. A structured joke needs to be quite surprising to make me laugh because I know the patterns. Someone falling over in a part of the screen where you least expect it makes me laugh. Certain comedians make me laugh: Julia Louis-Dreyfus (Veep), Tony Hale (Veep), Aisling Bea (stand-up), Nina Conti. Kids really make me laugh. They are naturally hilarious. My kids make me laugh.

There isn’t a standard way to make people laugh. You just have to be who you are, and sometimes that is a miserable old perimenopausal woman going down to Waitrose.

Q: Ferdinand celebrates diversity and shows that destiny can be changed and that we can stop society labelling you into a role depending on how you were born. You must love this because you have fought hard the misconceptions about Down Syndrome for your own son.  How can the young generation and their parents stand up for what they really are?

SP: We need to provide them with doorways out of the echo chamber because it’s a reducing world. 100 years ago men were trying to be extraordinary where’s now we are just trying to be average from fitbits to whatever. We’re trying to be the same as everybody else. That’s partly because without noticing it Utilitarianism can take over everywhere. It benefits you to be bang in the middle. It doesn’t benefit you to be an outlier. In a society where healthcare is rationed we are only going to research cures for the most common things. So if you have a rare cancer, bad luck. We are not in a society that treats people as equal. We really are not and we need to stop pretending that we do. I think there are various doorways out of it. 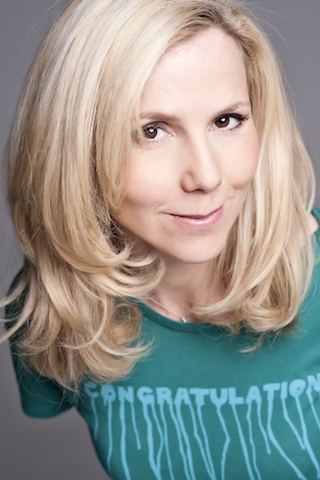 I feel in some ways incredibly lucky to have my child with a disability because I couldn’t conform even if I wanted to, nor can he. But once you just can’t conform, you stand back a bit and look and you realise that all the status quo, all the standards are bogus. But it takes being forced out of it, having this door way out, which I didn’t want to take, to make you realise. But now I am here and I am like ‘phew’, thank Goodness. I don’t have to do Suzuki Violin. And, guess what … My child only needs to be good at one thing. Kids don’t need to do all these things. My child just wants to spend time with me. That’s what kids really want to do. They don’t want to do after school swimming, cricket, rugby. One of them does. But the other ones don’t. I feel really lucky that, even if I do put that stress on myself, I honestly feel it’s a blessing to have this step out.

For people who don’t have the step out like I do, it’s consciously carving yourself a doorway out of the mainstream. It doesn’t matter, just stand against it. One way that that became really clear to me, it was when my son (with Down Syndrome) was at the Holy Trinity primary school in Sheen. He contributed so much to his class and all teachers and parents were saying to me that that class was different to other classes. It wasn’t even necessarily more caring but the kids were more fun, more individual and they were really bonded. And yet, my son doesn’t score on any official tables. His score at the end of school year is zero. But he contributed so much. We are not measuring the things that actually matter. We are not measuring relationship, joy, people self-esteem, getting a community working together or any of the things that actually matter.

Q: You are very active in charity work supporting disable children. Could you tell me more about your involvement with Me too & Co in particular?

SP: In 2007 we’d just moved to Richmond, everything was new and there were lots of changes to deal with.  I discovered Me too & Co who were a local charity offering the support we needed as a family with my son Olly, who has Down Syndrome. I became Patron of Me too & Co in 2009 after I’d been going there for a couple of years.

We beg, borrow and steal as much as we can to keep costs low and keep afloat with the kindness of regular volunteers, among them lots of Mums in the same position and so there’s a real sense of community. The founder Anne-Marie Asgari was always so positive – you’d be filling out all these forms, listing over and over again your child’s differences and then go there and she’d throw her arms wide and announce in a ringing German accent that Olly was the most gifted 4-year old she’d ever met, that he was genuinely musical, that he was a great storyteller – she notices positive differences in our children where the rest of the world seemed only to notice the negative. It’s a culture we’ve kept going, so Me too & Co is an oasis in lots of important ways.

We’ve grown and now offer a huge range of vital services like music therapy and legal support all in one place, and that makes it a lifeline for many families. We’re based in Twickenham but anyone from anywhere is welcome! Me too & Co is a really positive place for all of us as a family, not just for Olly. It was a fine medicine for us in a time when I was constantly filling in forms explaining all the things Olly couldn’t do. The friendships I have made here are some of the best in my life!

I’m incredibly proud to be Patron of Me too & Co and support them. They’ve been running for over 11 years now and I’m so glad to be able to help them continue the work they do. Last summer I abseiled down the Spinnaker Tower for them as part of a team of 10! 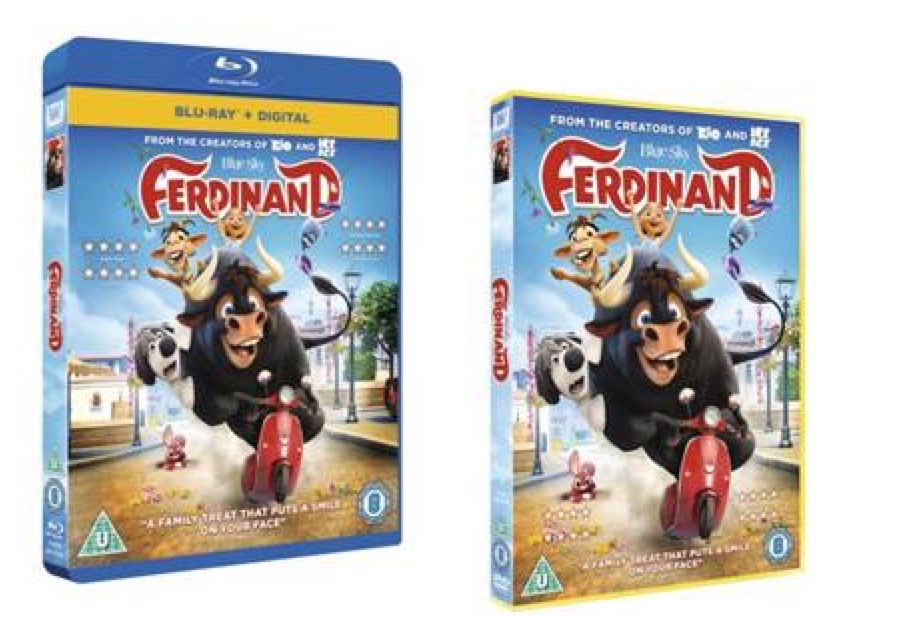 Check our Kids’ Club’s trip to The Shard during the Easter holidays to attend an exclusive Spanish fiesta and celebrate the DVD release of Ferdinand. 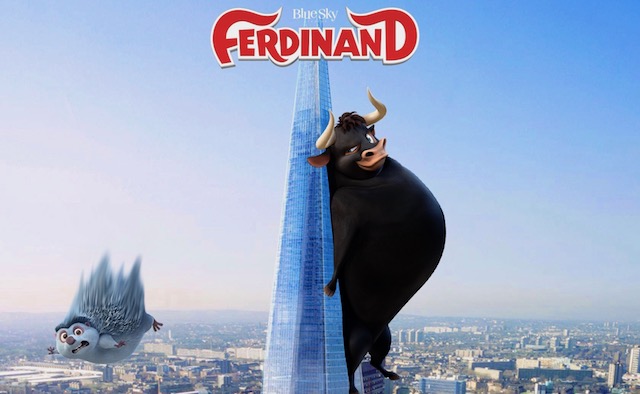 “A Goat’s Guide to Life”

“Confessions of a Bull-loving Horse”

“Creating the Land of Ferdinand”

“Anatomy of a Scene: The Bull Run”

“Learn to Dance with Ferdinand”

Highlights of our Shard party here. 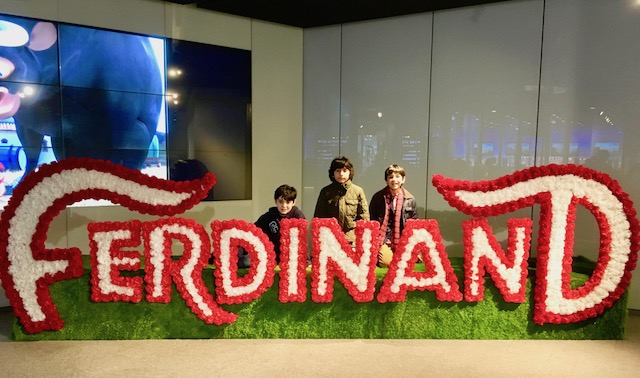 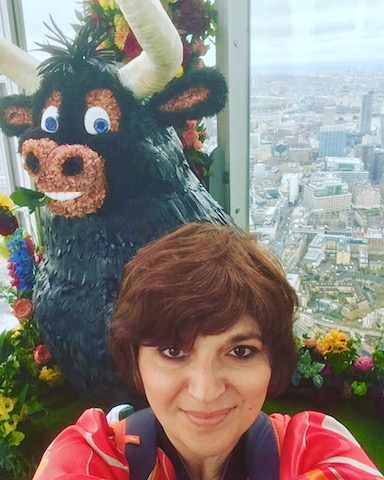 John Cena discusses how to live a happy, kind and healthy life.

Nick Jonas discusses his song in the soundtrack.

Choreographers discuss how they came up with everyone’s dance moves.

John Cena, Carlos Saldanha,  and crew discuss the flower market scene and the inspiration they found in the town of Ronda, Spain.

Carlos Saldanha and crew discuss the process of how a scene is designed and made. 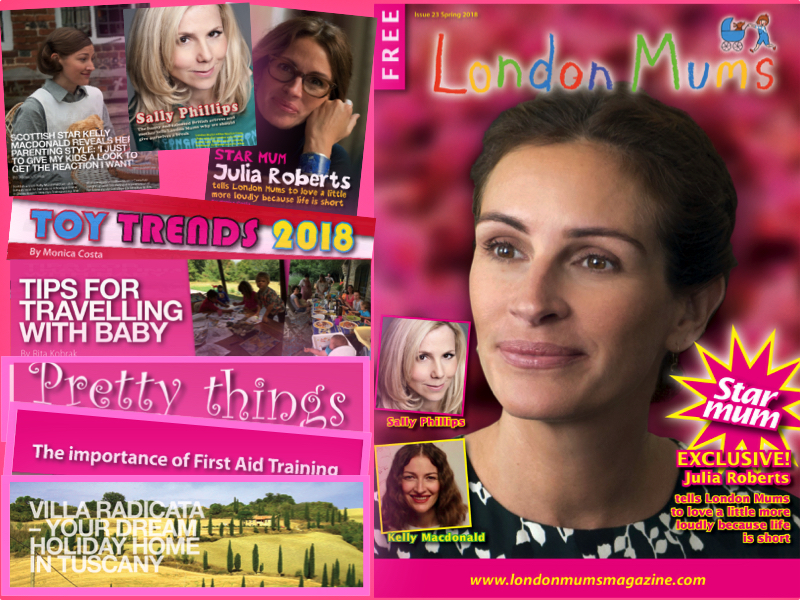 This entry was posted on Tuesday, April 10th, 2018 at 8:52 pm and is filed under Movies. You can follow any responses to this entry through the RSS 2.0 feed. Both comments and pings are currently closed.