Future Films Heads Up: ROGUE ONE: A STAR WARS STORY

The return of the Star Wars franchise with the latest instalment, the Force Awakens, has certainly created a new generation of Star Wars fans and fed the hunger of old Star Wars enthusiasts (like me). ROGUE ONE: A STAR WARS STORY comes a year after episode VII and aims to keep all Star Wars fans happy until the release of episode VIII scheduled for release on 15 December  2017. ROGUE ONE: A STAR WARS STORY is the first film in the new standalone movies from Lucasfilm which tells the story of how a group of unlikely heroes unite to undertake a daring and seemingly impossible mission to steal the plans for the Death Star. 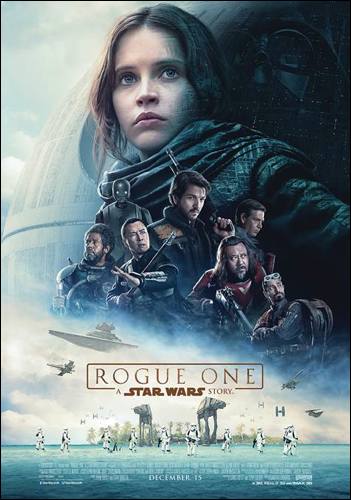 The trailer that has been recently released looks promising particularly the storyline that sees Darth Vader in his early days as the chief commander. Rumour has it that stunt actor Spencer Wilding will the man inside the suit! He will be remembered as the British Darth Vader! 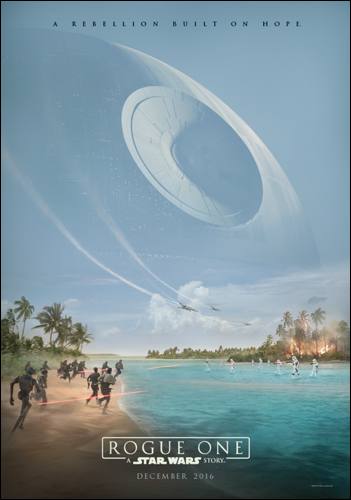 Last week, Rogue One’s teaser trailer sent the Internet into meltdown. This just shows how Star Wars fans are ready to be unleashed once again across the streets of London in their Star Wars kits (as I recently reported from London Comic Con).

Following the foundation of the Galactic Empire, a wayward band of Rebel fighters come together to carry out a desperate mission: to steal the plans for the Death Star before it can be used to enforce the Emperor’s rule.

Edwards stated that the style of the film will be similar to that of a war film, stating, “It’s the reality of war. Good guys are bad. Bad guys are good. It’s complicated, layered; a very rich scenario in which to set a movie.

From this first trailer we understand that indeed Rogue One is a war movie set in galaxies far far away. What we observe is also that lots of visual elements of the old trilogy are back to please all generations of Star Wars’ fans.  Stormtroopers wear the classic armor we have come to love – I know they are villains but we adore them, don’t we.

The film industry seem to continue the trend of bringing back classic sci-fi franchises while adding new modern perception of life. It’s difficult to re-create the iconic first Star Wars film from 1978 but Lucas Film and Disney are doing a great job so far and we cannot wait to see this new film.

This entry was posted on Sunday, April 24th, 2016 at 7:05 pm and is filed under Movies. You can follow any responses to this entry through the RSS 2.0 feed. Both comments and pings are currently closed.