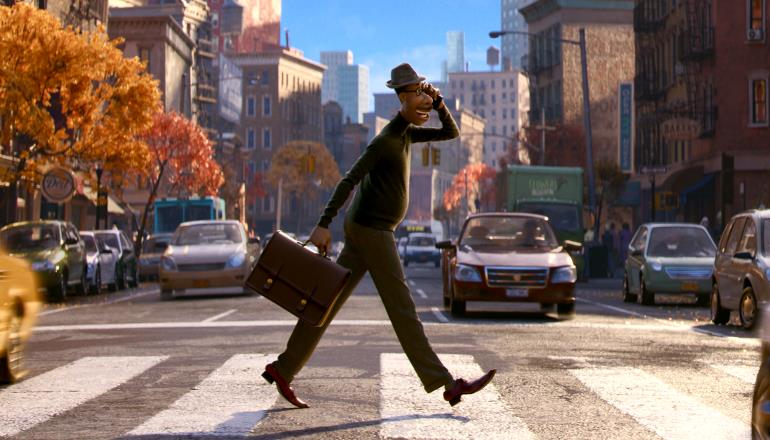 The protagonist of Soul is Joe Gardner, a middle school music teacher who has the opportunity to play in the best jazz club in town. One small misstep will propel him from the streets of New York to a fantastic place where new souls are given personalities, quirks, and interests before they go to Earth. Determined to return to his own life, Joe allies himself with 22, a young soul who does not understand the charm of the human experience. As Joe tries desperately to show 22 what makes life so special, he will find answers to the most relevant questions of our existence.

There is another mythological reminiscence in the film; the Christian tale of the still, small voice within that tries to teach the inhabitant of the human body, a flawed human, the real sense of life.

However, the film shows a structural flow. The main character is full of passion for his newly found gig and just doesn’t want to go to the afterlife. The stance of being able to become more appreciative of what life as a whole,” is this the ocean?” has been  planted at the end of the film rather than a the beginning, making this way the message, the narration wanted to send, a little bit confusing and unfocused.

Soul is produced by Dana Murray, nominated for an Academy Award® for short film Lou, and co-directed by playwright Kemp Powers (One Night in Miami). The film features some jazz compositions signed by the famous pianist Jon Batiste while Nine Inch Nails’ Oscar® winners Trent Reznor and Atticus Ross (The Social Network) are entrusted with the original soundtrack.

During the yesterday live streaming press conference at the Auditorium della Musica di Roma, Docter expressed his concerns for the difficult moment and for not being able to attend personally the opening film and voiced again his passion for animation:

“I fell in love with animation when I was nine. I made my first film at the age of 11 and started working professionally at 15. The passion for this form of art pushed me to make animated films for thirty-five years. Yet recently I found myself wondering, “For what?” Is passion, however noble and exciting, enough? Am I making the most of my life by making animated films? What is life really good for? And if I had a choice, would I have decided to be born and live a life on earth?

This question led to so many other questions that soon a whole world began to appear. Soul explores the Anti-World, a place where we all receive our personality, our peculiarities, and our interests before being sent to earth. Yet, the more questions we asked ourselves in this place, the more the answers seemed to come from the very world around us.

These questions are unanswered, of course, but it still seemed worth asking. And animation seemed like a perfect way to explore our thoughts”

Tags:  Atticus Ross Auditorium Della Musica Cinema disney Festa Festa del Cinema di Roma film Italia Kemp Powers Pete Docter Pixar Roma Rome Rome Film Festival Soul Trent Reznor
This entry was posted on Friday, October 16th, 2020 at 11:42 am and is filed under Movies. You can follow any responses to this entry through the RSS 2.0 feed. You can skip to the end and leave a response. Pinging is currently not allowed.