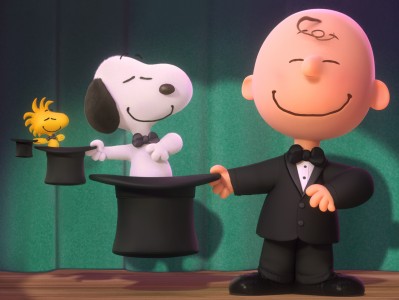 This first one shows you how to draw Charlie Brown himself and your guide is no less than Steve Martino, the director of the movie.  All you need is paper and a black felt tip pen – and off you go!  And, although the video is meant for younger artists, there’s nothing to stop older ones trying their hand at drawing him as well!

We’d love to see your drawings of Charlie Brown, so do share them with us on the London Mums Facebook page.

Charlie Brown, his faithful dog Snoopy, Lucy, Linus and all the Peanuts gang make their big screen debut on Monday, 21 December – which makes it the perfect outing over the Christmas holiday.

But, before then, there’ll be more Peanuts fun with another video guide next week.

Tags:  Charlie Brown Linus Lucy Snoopy Snoopy And Charlie Brown: The Peanuts Movie Steve Martino
This entry was posted on Monday, November 30th, 2015 at 8:40 pm and is filed under Movies. You can follow any responses to this entry through the RSS 2.0 feed. Both comments and pings are currently closed.