Netflix Marco Polo will keep us glued to the screen

This Friday 12th December 2014 two great masterpieces of world cinematography are out to be enjoyed by millions of people across the globe, The Hobbit – The Battle Of The Five Armies and Netflix mini series Marco Polo based on the famous Italian explorer’s real adventures.

Apologies to all Lord of the Rings’ fans, but with all due respect I’ll be watching Netflix Marco Polo from the comfort of my home tucked in my slanket. Here is why I’ll snuggle with Marco Polo rather than the Hobbit! 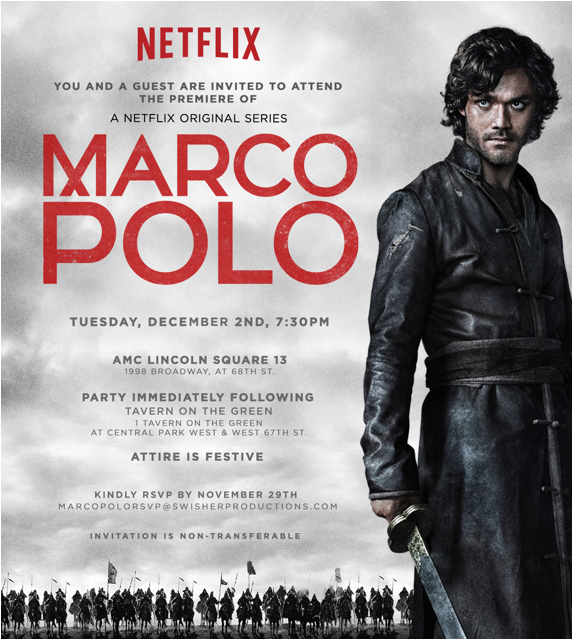 Having had the chance to go to New York City to hang out with the cast and creators of the new Netflix series at the Global Première of Marco Polo on the 2nd December certainly helped me decide what to watch this Friday night.

The night started at the ‘awesome’ looking Broadway AMC theatre packed with special guests from the cast and production as well as media. The atmosphere at the AMC was filled with excitement. And a glimpse of Hollywood glamour was provided by the Chinese actresses who were dressed in fashionable evening gowns. 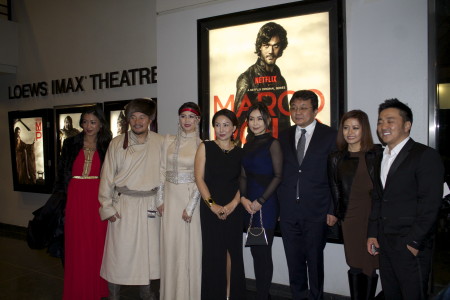 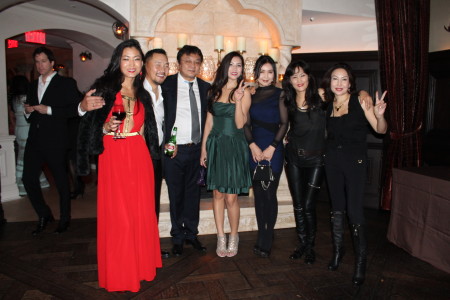 The first two episodes (which were shown at the première) focus on young Marco Polo adjusting to his life as a hostage at the court of Kublai Khan, while his merchant father and uncle go back to Italy to gather information and people on behalf of the powerful Chinese Emperor.

This Netflix Original series has huge production values and was researched in great detail. The costumes, the historical reconstructions of the epic battles, the locations and scenarios are incredibly realistic. 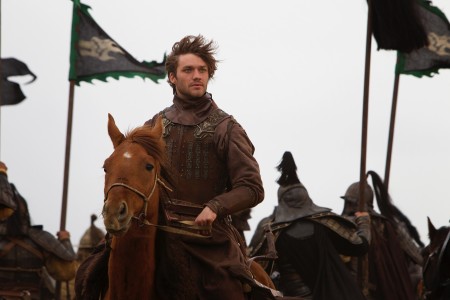 The party after the première took place at the stunning Tavern on the Green located at Central Park West / West 67th Street. Needless to say that the setting was suitable for the NYC / Hollywood jet set.

Everybody was obviously keen to meet the star of the show, Lorenzo Richelmy, and he was very much in demand. But he seemed very pleased to meet an Italian in New York (me!). So we had a relaxed chat about his role in this demanding series. Lorenzo / Marco told me that he only had a few weeks to learn English for this part (hence his desire to speak Italian :-), embrace martial arts and all sorts of physical fatigues involved in filming the adventures of a young explorer. He said he was happy to have been part of this amazing Netflix Original series but also relieved for the filming to be over now as he was really tired. I was impressed with Lorenzo considering he’s only 24 and I believe he’s now more than ready to embrace Hollywood. 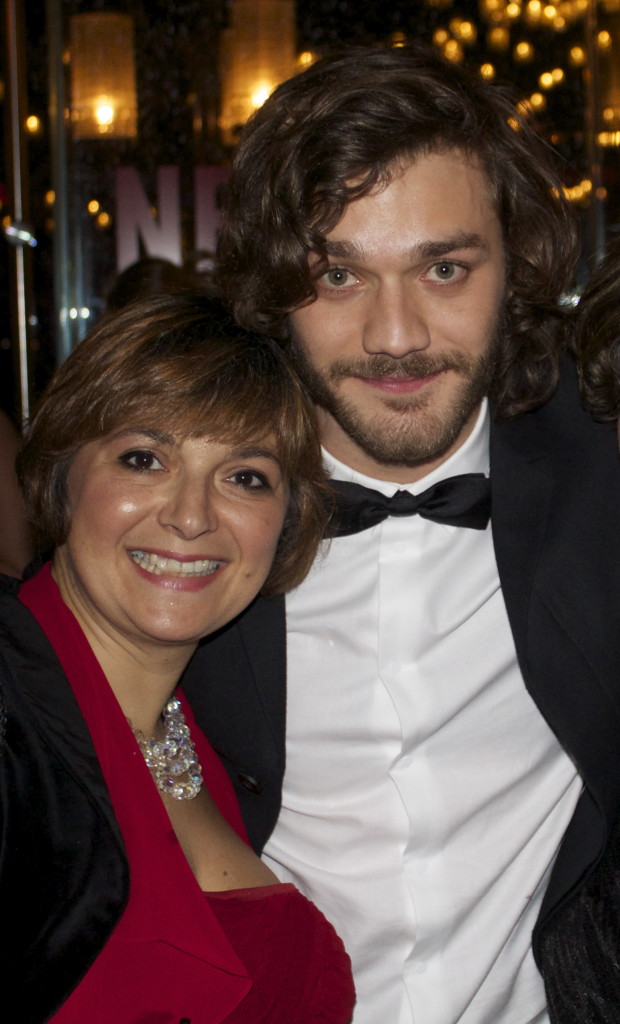 The global cast includes actors  and actresses who are equally brilliant despite being relatively unknown in the Western world of movies.

Tom Wu (SKYFALL) is Hundred Eyes – Marco’s blind martial arts trainer – a memorable character considering all the stunts he is involved in while supposedly blind.

Rick Yune (OLYMPUS HAS FALLEN, THE FAST AND THE FURIOUS) 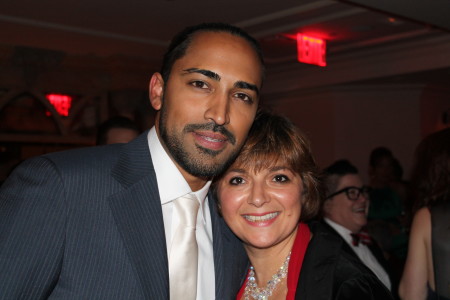 Here I am with Mahesh Jadu (NEIGHBOURS) who plays the role of the politician Ahmad. Such a nice guy! 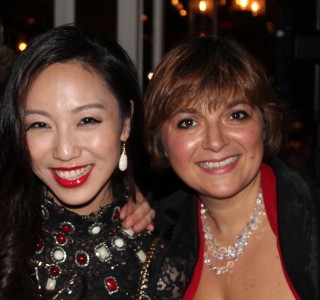 Loved chatting all night with Shu An Oon who plays the role of Jing Fei. Such a sweet girl with a glitzy dress!

I was lucky to have a chat also with the writer and creator of Marco Polo, Italian American John Fusco, who talked to me with such passion for the history of the young Venetian explorer and generally for his Italian roots. We shared a melancholic moment about Italy. It was a pleasure listening to someone so knowledgeable about history. Personally as the inspiring writer he was the real star of the show. 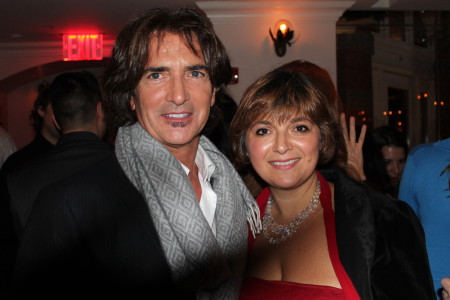 Marco Polo Writer and creator John Fusco is the real star of the show!

Netflix is used to huge success after Breaking Bad and Orange is the new Black became overnight hits in home entertainment.

Before starting watching the series this weekend, read my background story on Marco Polo here.

The teaser-trailers below will get you in the mood for Friday night. I would say that the film is much much better than the trailers which certainly cannot give justice to such a masterpiece.

For mums with young children Netflix has very cleverly tied the mini series with a cartoon series called The Adventures of the Young Marco Polo. This will give mums the chance to involve the kids in conversations about Marco Polo’s travels, explorers’ history and geography. The cartoons are well made and children will learn while following Marco Polo’s adventures. Young Marco Polo sets off on a wild adventure through distant lands to find his missing father, who vanished while exploring the Road to the East. 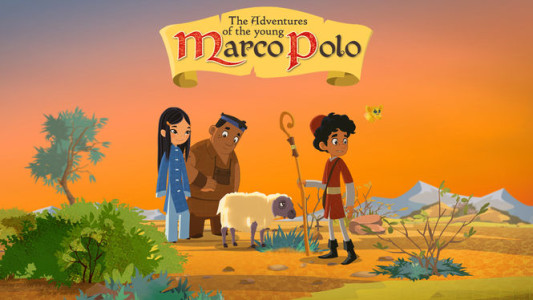 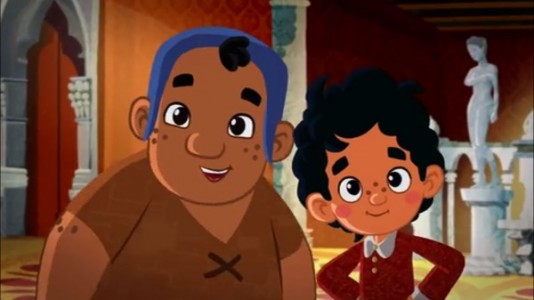 Well, I guess I have teased you enough! Enjoy!

This entry was posted on Tuesday, December 9th, 2014 at 11:00 am and is filed under Movies. You can follow any responses to this entry through the RSS 2.0 feed. Both comments and pings are currently closed.