When you thought the last Muppets movie was the best you have ever seen, they do it again and Disney releases the best Muppets of all times.  Muppets Most Wanted is like the Muppets Show meets 007 meets The Pink Panther.  It has all ingredients for the perfect movie to entertain both parents and children alike. As in all Muppets movies you can read the storyline at two different levels. The kids enjoy the funny characters and their moves and expressions while the adults will read the subtlety of the lines.

I thought I was the biggest Muppets fan ever but at the press conference of the new Muppets movie I met other journalists who actually qualify as super fans for various reasons. When you start crying at the sight of Kermit the Frog and Miss Piggy, I think you deserve the title of Muppets super fan 🙂

Well, it is fair to say that attending a press conference with Muppets is like watching a live Muppets show, in fact the best puppets show on earth. And as Kermit the Frog said at the press conference, they could host the Oscars, they meet with people, they talk and laugh and cry and moan (Miss Piggy) while CGI characters could not do it. You forget they are puppets when you meet them. There’s something about them that makes them so special.

For those who don’t know or can’t remember, The Muppet Show was launched on American  television by puppeteer Jim Henson in 1974 and 1975 as a slapstick comedy variety show with lots of parodies and absurd comedy sketches aimed at adults. It became clear quite quickly that the show also appealed to children. I personally followed all five series (120 episodes) until 1981. Each episode also featured a human guest star. 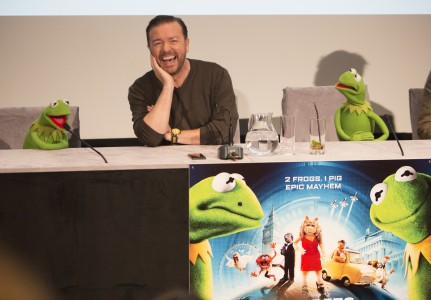 Muppets Most Wanted certainly feed the enthusiasm of super fans like myself (who followed them since their beginnings) but also of the young generations who find them appealing for different reasons, one of which is that they resemble ‘humans’ and are not so computerised looking.

In this new movie sequel the Muppets meet Ricky Gervais aka Dominic BadGuy who presents himself as a well established celebrity / pop star manager. The naive crew (except for Kermit) clearly does not recognise his slimy nasty behaviour and totally trust him to manage their career. Ricky/BadGuy takes them onto a world tour to pursue his criminal interests linked to the biggest villain in the world, the World’s Number One Criminal, the Russian Constantine, who looks exactly like Kermit the Frog with a dark mole (great twist eh?).  In fact, as part of the plan the bad frog replaces Kermit to disguise his crimes (stealing the Crown Jewels from the Tower of London) while the Muppets go on a European tour. What he cannot disguise well is his Russian accent (absolutely brilliant – during the press conference he was absolutely hilarious and joked with Ricky). 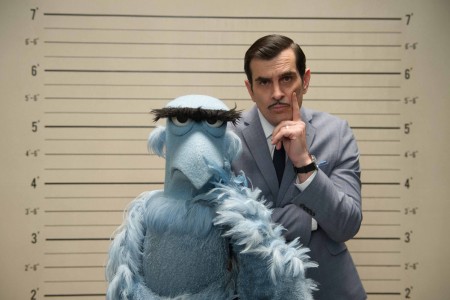 Going on a world tour only adds more colourful elements and characters to the plot: the sophisticated and clumsy French inspector  (Ty Burrell) that reminds us very much of Inspector Clouseau (of the Pink Panther). Even Sam The American Eagle has a decent part in this film as a CIA agent who comes out as the smarter one in comparison with the French Inspector and can even show a bigger badge. Some of my favourite characters were hidden behind bars and were the colourful Russian guards and inmates from the gulag, the Siberian high security prison. Among them there are some incredible actors cameos too such as Ray Liotta and Stanley Tucci. This milieu involuntarily adds a touch of currency in today’s political climate (although the movie was filmed well before the Ukraine/Russia crisis). It is a bit slapstick comedy that brings back the historical Russia versus America (and now Europe) animosity. But we all still love that, don’t we!

But in the end the Muppets teach us once again that friendship is the most important thing in life despite the nationality and the cultural differences, a great message that should be heard especially by politicians across the world; a message that resonates both with children and parents alike.

London is the location star of the movie with the villains wanting to steal the Crown Jewels from the beginning. The shots of London from the sk

y and inside out the Tower of London are absolutely exceptional.

And what to say about Ricky Gervais playing a real nasty villain? Oh well, he is absolutely comfortable in his clothes and frankly he should be playing that role more often! During the press conference he showed real star quality and comedy brilliance.

This Muppets’ movie differs from the previous ones as it is more adventurous, filled with mistaken identity, dastardly sidekicks and double dealing doppelgangers. There’s so much more to reveal about this movie but I don’t want to spoil your appetite for it. Just go and watch it! It is totally worth it! On a scale from 1 to 10 I would rate this film 10. I wouldn’t change anything of it.

Normally a movie packed with celebrity cameos (here featuring stars are Ricky Gervais, Tiny Fey and Ty Burrell, Lady Gaga and many more) lacks in storyline but this cannot be said for this movie which totally exceeds my expectations. I will go an watch it again! Too funny, too clever and amazing looking locations (including stops in Berlin, Madrid, Dublin and London being of course the best of all).

Disney’s MUPPETS MOST WANTED is directed by British national James Bobin and produced by David Hoberman and Todd Lieberman. Bobin co-wrote the screenplay with Nicholas Stoller, who is also executive producer with John G. Scotti. It is Bobin’s second consecutive Muppets success. Let’s hope we will see a third sequel soon. 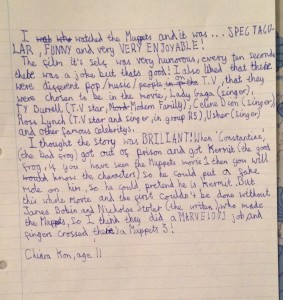 Here is our young reviewer Chiara (11 years old from London)’s review of the movie. I love her thoughts on this film. I could not agree with her more: let’s hope there will be a Muppets 3 soon. Click on the image to read her review in full.

Watch this hilarious video I took at the press conference in London with Ricky Gervais and the Muppets. They are all so naturally funny, it’s surreal! Enjoy!

Last but not least Party Central is the new short from Monsters University that will be shown before Muppets Most Wanted in cinemas. Mike and Sulley return to Monsters University for a fun-filled weekend with their Oozma Kappa fraternity brothers. The gang is throwing their first party, but no one’s showing up. Luckily for them, Mike and Sulley have come with a plan to make sure “Party Central” is the most epic party the school has ever seen. 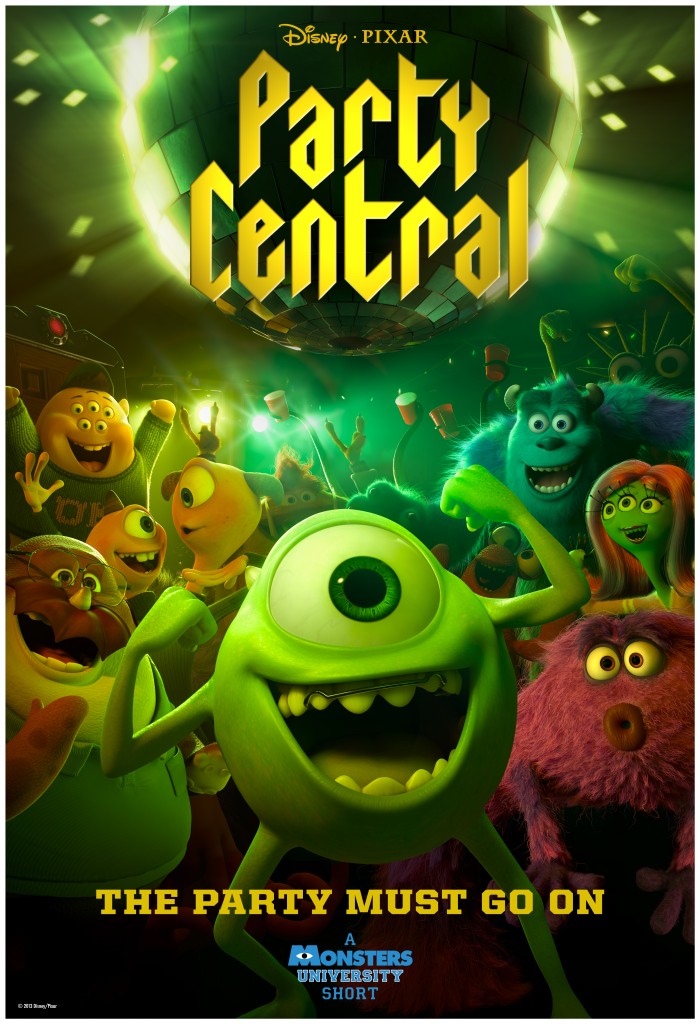 This entry was posted on Friday, March 28th, 2014 at 4:26 pm and is filed under Movies. You can follow any responses to this entry through the RSS 2.0 feed. You can leave a response, or trackback from your own site.