The King’s Man is a 20th Century Fox prequel to the Kingsman series. It’s not a family film but a good watch for fans of the movies based on the Kingsman comics created by Mark Millar. 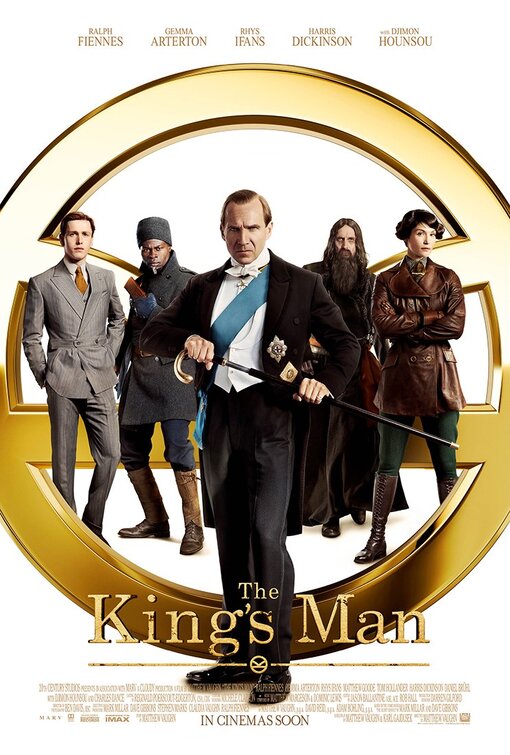 The story
One man must race against time to stop history’s worst tyrants and criminal masterminds as they get together to plot a war that could wipe out millions of people and destroy humanity.

The verdict
The King’s Man starring Ralph Fiennes, Gemma Arterton and Rhys Ifans is a prequel to Vaughn’s Kingsman: The Secret Service from 2014 and its sequel, Kingsman: The Golden Circle, from 2017, based on the Kingsman comics.
The Kingsman series is about an secret British spy organisation that works to keep the world safe from global threats. The King’s Man prequel takes place during the beginning of WWI.
The King’s Man is not a family film and is therefore not appropriate for children under the age of 15. The amount of unnecessary brutal violence would cause nightmares to a young child.
Ralph Fiennes gives an excellent performance as the King’s man, who supports his king through his independent ‘above the law’ secret agency. As the ultimate mad villain, Rhys Ifans as  Rasputin is very good too.
All cast is very good and so is the story that mixes real historical facts that led to WW1 with fictional characters and plots. Having said that, I am not a huge fan of the series.
London mums rating: 6/10
Check the film section of the London Mums’ website for the latest movie releases.

This entry was posted on Saturday, December 18th, 2021 at 11:02 am and is filed under Movies. You can follow any responses to this entry through the RSS 2.0 feed. Both comments and pings are currently closed.