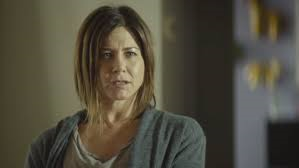 On top of that, there’s the new top five at the British box office and the week’s movie news.  And it’s all packed into around 20 minutes.

Listen in on iTunes or TuneIn or follow this link: https://soundcloud.com/freda-14/talkingpictures2july2015.  But do make sure you listen!  And don’t forget to keep up with Talking Pictures by ‘liking’ the special Facebook page and following me on Twitter, @TheCoopsReview.

Your essential guide to the movies is out now!

Tags:  Arnold Schwarzenegger Cake Catch Me Daddy Channing Tatum Force Majeure iTunes Jennifer Aniston Magic Mike XXL Orson Welles Talking Pictures Terminator:Genisys The Second Best Exotic Marigold Hotel TuneIn
This entry was posted on Saturday, July 4th, 2015 at 1:42 pm and is filed under Movies. You can follow any responses to this entry through the RSS 2.0 feed. Both comments and pings are currently closed.