The Royal Wedding of Prince Harry and Meghan Markle takes place on 19th May. The eyes of the world will be on the American bride as she becomes part of one of the world’s oldest monarchies. Prior to her regal ascent, Markle has had a long career as an actor in film and TV, and her romantic comedy A Random Encounter is released in the UK in May for the first time. 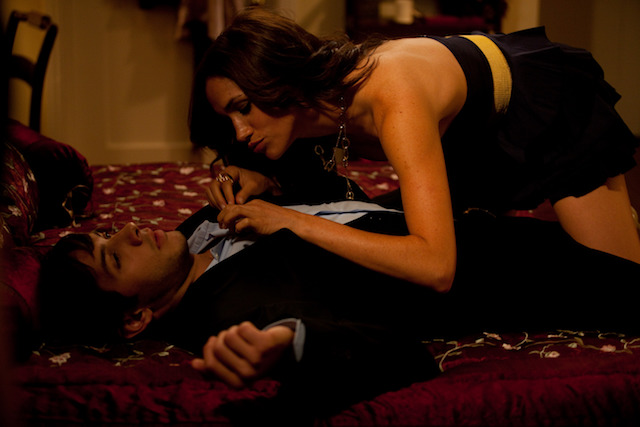 A Random Encounteris a roller-coaster ride that proves finding your Prince Charming can be a right royal pain. A dual perspective, he-said, she-said, romantic comedy about two twenty-somethings trying to make it in Hollywood and their chance encounter at a local coffee shop that leads to an entertaining journey of misunderstandings, bad timing, and almost missed chances. Meghan Markle plays Mindy – the sassy, independent best friend of Laura. Laura is a hopeless romantic who believes that fate will bring her true love. Mindy, on the other hand, believes that you make your own luck in the superficial LA dating scene they live in. 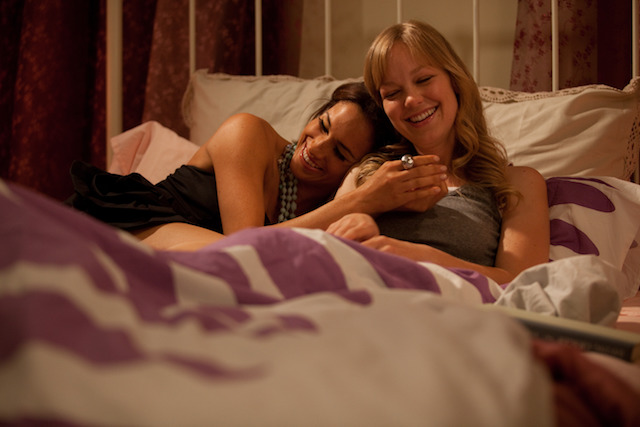 And as Meghan Markle embarks on her metamorphosis from on-screen star to real-life ‘Princess’, we take a look at some of her best acting performances. 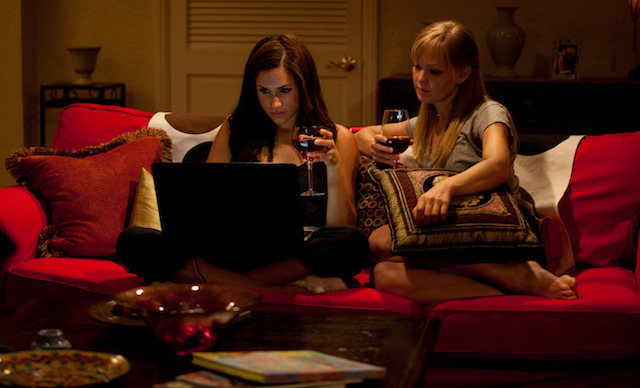 In 2005 Markle made her big screen debut in romantic comedy A Lot Like Love, playing a confident young damsel. In the film she boarded the same plane as Ashton Kutcher, who manages only a brief ‘Hi’ before his business partnergets in there andtries to chat her up.Their encounter was brief but it made an impression. In a recent Facebook post Kutcher applauded Meghan’s words on women’s empowerment at a Royal Foundation event, saying she was ‘A great role model for young girls.’ Sounds like our kind of Royal.

The popular US crime show CSIis a veritable who’s who of American acting talent, and when it comes to future Royals it seems the show is no different. During its time on screen, Markle had two guest parts. In 2006 she made an impression as Veronica Perez, a maid who cleans for rich businessmen. Four years later, she appeared in the show again, but this time as a heroic cop. In a key scene she runs into a burning building to save a trapped kid… she then finds herself falling through burnt floorboards. Ouch!

Meghan Markle appeared in the first episode of teen drama 90210 as high schooler Wendy, alongside co-star Dustin Milligan as Ethan. Her appearance in this show has caused quite a stir, since a frisky scene resurfaced around the time of herengagementto Prince Harry. In the naughty scene, her character is caught in the front seat of Ethan’s car checking out his ‘Lacrosse stick’. Make of that what you will.

Markle appeared in two episodes of the popular sci-fi thriller Fringeas FBI Special Agent Amy Jessup. From the creator ofLost J.J Abrams, the show saw its protagonists solve supernatural mysteries using ‘fringe science’ – far-out theories that boggle the brain. Complete with parallel universes, exploding heads and spontaneous combustion the show is definitely worth a watch. Sadly, the writers didn’t find any space in the script for her characterto make any further appearances.

Meghan appears as a confident young belle in this major comedy with Jennifer Anniston.Horrible Bosses tells the story of group of fed-up workers who hire a hitman to help them kill their bosses. In the film Markle draws the attention of Jason Sudeikis, who says: ‘You’re too cute to be a FedEx girl. You’ve got to be an actress or a model or something.’ Well, Jason she’s rather exceeded that now.

In the comedy-drama TV series Castle, Markle played serial killer Charlotte Boyd… very different to her usual roles… in one episode her character kills three people! She then dresses, fittingly for aRoyal, as Sleeping Beauty to disguise herself as the victim of an attempted murder.

In 2015 Meghan Markle landed a leading a role inthe acclaimed British indie crime film Anti-Social. She played Kirsten, a glamourous model and girlfriend of anarchic pseudo-Banksy figure Dee (Gregg Sulkin). Dee is a motorcycle courier by day and ‘street artist’ by night. However, Kirsten is caught in the middle as Dee is drawn into the London underworld of armed robbery, diamond heists and gang warfare by his older brother Marcus (Josh Myers). The film also featured UK grime star Skepta as gangster Leon.

With her wedding to Prince Harry in the offing, this Hallmark rom-com could turn out to be Meghan Markle’s final movie. Markle appears in the leading role as a woman looking for love. She must choose between two men she’s dating: one grounded, one wild. Adating guidebook tells her to choose someone who is, ‘consistent, predictable andaverage in every way’. Of course, like the real-life Markle, she follows her heart and takes the more exciting path.

For the past seven years Meghan Markle has played stylish and sexy paralegal Rachel Zane in the hit legal drama Suits. This is the role she is most known for and she has referred to the experience as a ‘wild ride’. Ahead of her real-life wedding, in the season finale Rachel weds long-term love interest and lawyer Mike played by Patrick J Adams. It was recently announced that she would no longer be appearing in the show, for obvious reasons.

A Random Encounter is out on DVD & Digital HD on 7th May from Signature Entertainment. 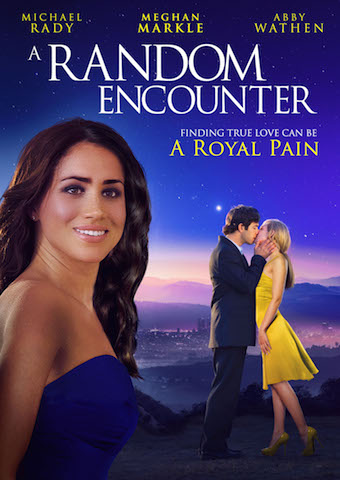 PRINCE HARRY IS 30 & AROUND FOR SELFIES AT MADAME TUSSAUDS

This entry was posted on Thursday, May 3rd, 2018 at 10:59 am and is filed under Movies. You can follow any responses to this entry through the RSS 2.0 feed. Both comments and pings are currently closed.